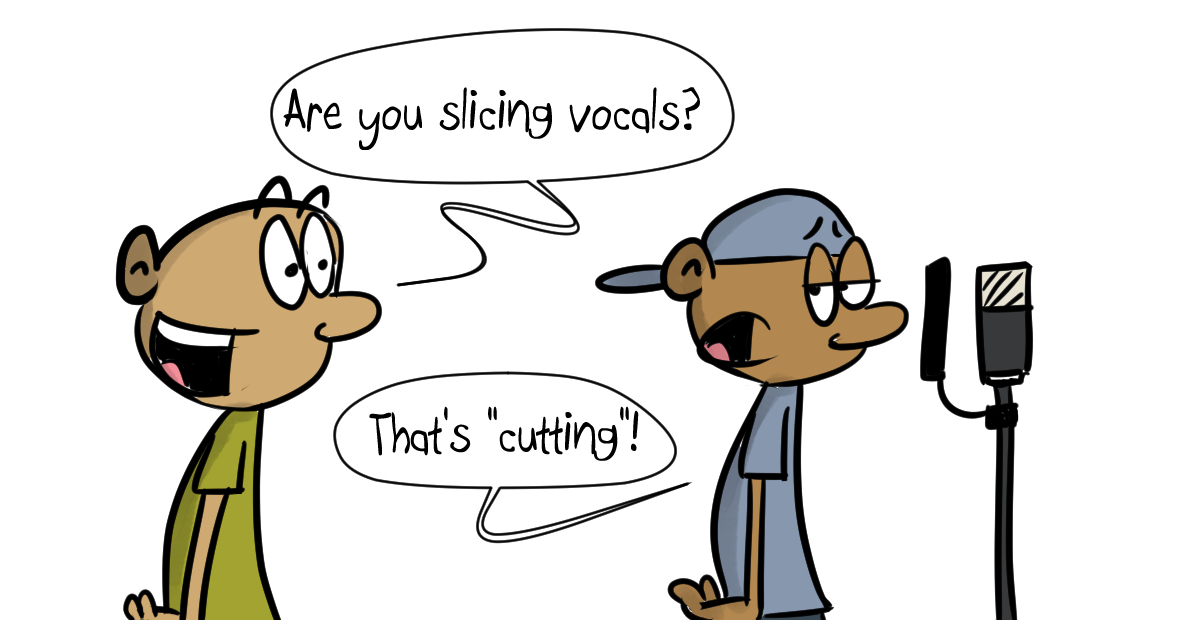 Have you ever been invited to a recording studio session and couldn’t understand the language being spoken in the “lab”? (That’s superslick lingo for “studio”, BTW.)

Well, I’m going to define some of the most common terms that get tossed around during a session. Now, when you’re watching your friend spit his “hot” 16 on the microphone, and the engineer asks you to “grab the cans” on the wall, you will know exactly what she means!

Relax if you hear this; no violence or fighting is about to ensue. It’s actually a term for recording after or into a tight audio performance.

As in, “Give me a stack.” Not a money reference, no one is about to walk in with a grand in hand. It usually means that an artist in the booth is layering a performance on top of a previously recorded one, or “stacking” the vocals on top of one another.

As in, “the vocals are dry.” This is not a diss! When vocals or instruments are dry, it only means that there are no audio effects applied to the recorded performance. Thus you may also hear the opposite of this: “Vocals are wet.”

Another term for headphones. As in, “Turn me up in the cans. Turn it up!”.

Not a reference to lower prices or weaponry, cutting is a tern used for studio recording. “I’ve been cutting vocals all night.”

As in, “The vocals are hot.” While this could very well mean that a vocal performance is really good, “hot” vocals or tracks in the studio usually mean that they are too loud, or distorting.

Not a bulletproof vest, it’s the circular thingy with a mesh center that you usually see in front of microphones. This is to soften the harshness of sound made when singers or rappers use words that have the letter “p” in them.

Studio sessions can get boring, but in this case it doesn’t mean it’s time to leave; “bounce” usually means that a completed song or audio is exported out of the recording software