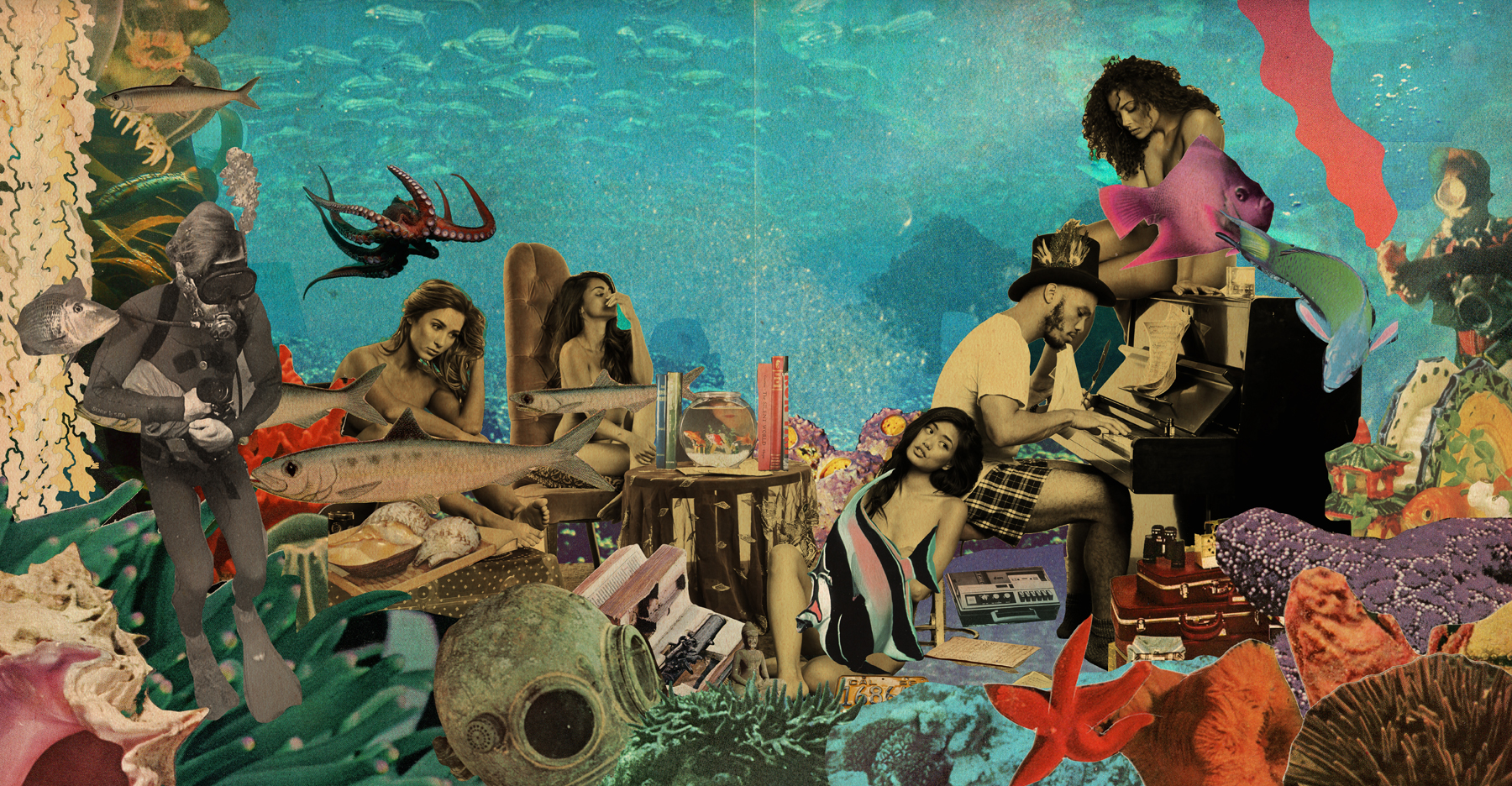 Artist Dewey Saunders Was Working for Anderson .Paak Since the Days of Breezy Lovejoy

My name is Dewey Saunders and I’m originally from South Florida. Now I reside in Philly.

The first album cover that I did was for a band called Brown Recluse, an indie-rock band from Florida. My friend Tim Meskers was the lead singer and also art-directed the cover.

ON BEING ANDERSON .PAAK‘s GRAPHIC DESIGNER

The way I met Anderson was actually through Twitter; I was actually doing all of these rapper portraits and posting them on Instagram and tagging the rappers so they would check out my work.

He saw some of his homies getting illustrated and wanted an illustrated portrait, which snowballed into a poster series. He was doing weekly shows at the time for this venue called The Lyric, in LA. Every week we flipped the color of the poster. And then Venice was the next major project we collaborated on, in 2013.

There’s a team of us now, but at that point it was pretty much me doing everything. The funny thing is, I’ve been listening to his music since he was Breezy Lovejoy. It’s been cool working with him and seeing him completely blow up.

Malibu spread out when it dropped over the year and everybody loved the album and the artwork was a topic of discussion for a while, too.

Basically, Anderson and his team hired an art director named Cory Gomberg. Cory was the art director for The Source magazine in the mid ’90s and was also heavy into fashion. When Anderson and them brought Cory on, he and I were able to create this aesthetic that was unique to Anderson. He kind of just pushed me to tighten it up a lot. Working with Cory was interesting because we would really conceptualize the music that Anderson was giving us. We would make lists of the lyrics and try to create these concepts that were really cohesive and connected to everything.

We wanted to create this, kind of like absurd surrealism but in like a realistic way so it looks like it’s feasible. But when you look closer it’s very psychedelic and super bizarre.

The way that all the old images work together is almost like an oil painting in a way. It has this very, like, de-saturated richness to it and it creates the timeless feel that we were going for. 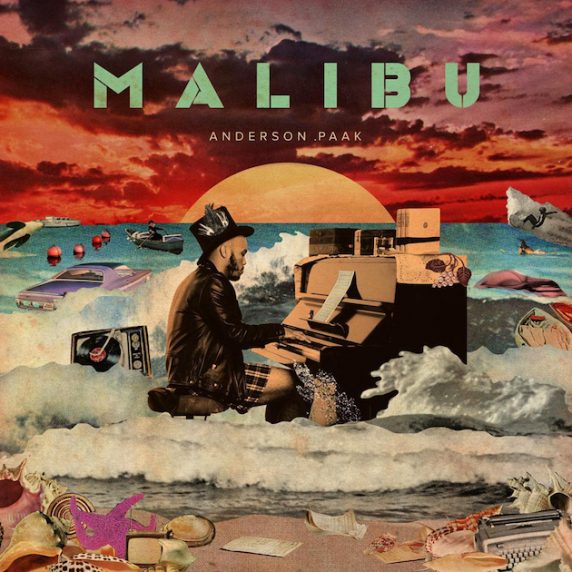 We switched the main image of him at the last minute. The first image was actually of Anderson kind of like facing the camera and holding this girl that he rescued that kind of was like drowning or something.

It was cool and I really liked it at the time. But when Anderson had second thoughts about it (the cover was actually due on Thanksgiving night and it was like 3 AM and we thought we had the cover don), we ended up having to switch it because he just didn’t want to use the image.

When we popped it in there, into the collage it just worked so well. … It was weird because we only had one image and it just worked perfectly. It was meant to be, in a way. 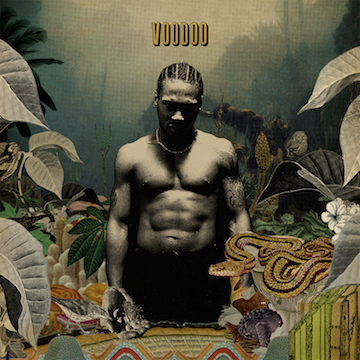 This cover was part of a project called “Fantasy 12 Inch.” The premise was if you could pick any album, in any time period, and redo the cover, what would it look like? So I actually had a hard time thinking about it because it was so open and you could pick anything.

Voodoo is kind of like my desert island album, the one that I would take with me if I only had one album to bring. I picked it because I really like the album and also because I feel like that actual album cover wasn’t, you know, as cool as the actual album.

It was a really cool project because there were a lot of artists involved. They made limited edition prints and they had a big opening at this gallery in Dublin. And there were artists from all times, people who have done really famous covers, and it was just really rad to be included in that lineup because of the work that I did with Anderson.

It was a lot of fun listening to Voodoo again and reimagining what the album cover could look like. I think the album was like really primal to me and it’s timeless so I wanted to create this scene that was kind of like something straight out of Genesis or something [laughs]. 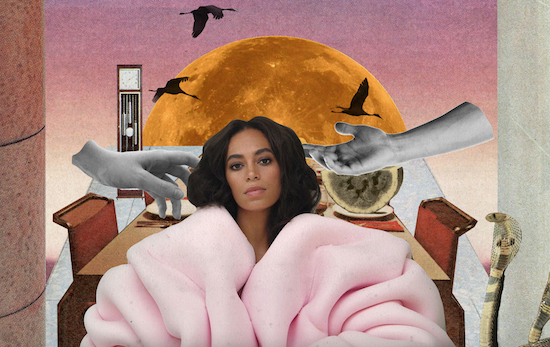 So the Solange piece was really cool because that was right after the album came out and I was listening to her new album pretty heavily (and still am).

I wanted to just show the vibe that I got from the record with the piece. It’s like a quiet and beautiful piece with the color palette but there’s also a lot of deep symbolism that I put in there to reflect the things that she’s talking about. The hands that are trying to touch her hair and the cranes and the sky in the background. The grandfather clock just creates this kind of quiet, magical realism.

The album just really hit me pretty hard. I just thought it was one of the greatest, even art projects, to come out last year including the videos she put out and everything like that. It’s just very high art at the highest level and I was just so impressed by it. 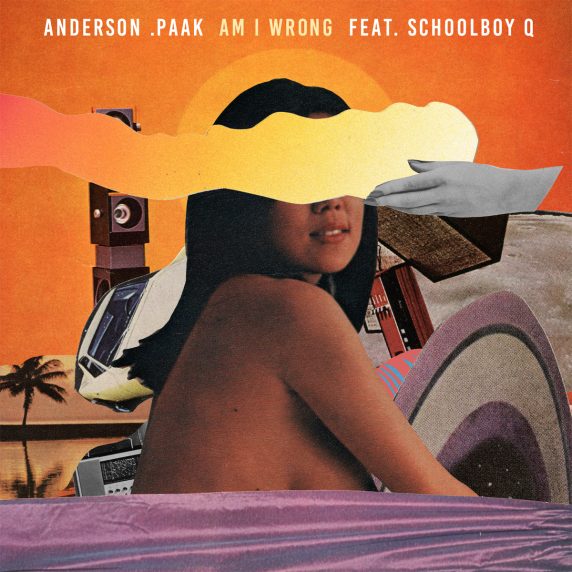 COLLAGE AS A MEDIUM

Collage is a trend right now. People were coming at me asking if I did the new Migos cover art and if someone was biting my style. It’s really not like that; collage is just the medium that I use a lot now and it’s just very popular.

What I like to do is use images and dig for sources that are a little more vintage and obscure. Most of it is from hard-to-find books and out-of-print magazines. It’s kind of like digging for records, but for images instead. There will be times I use stuff off the internet but I really like the vintage feel of old photos. 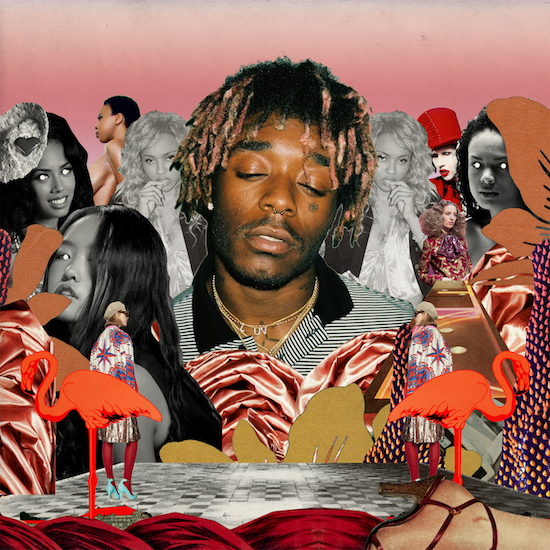 This was great. I’ve been working with Lil Uzi’s creative director/cinematographer, Spike Jordan, for a little bit. This is our second thing we’ve worked on. He’s really great at art direction and supplying me with a lot of visual cues and simple imagery to get inspired from.

So I came up with this collage that he finds at the end of this video, for “You Was Right.” It has this like Alice in Wonderland kind of theme to it, but really tripped out. So yeah, this collage is framed up at the end of the video. It’s the second time my artwork has been featured in one of his music videos, and it’s just rad because they really care about creative visuals too. It’s just nice working with Spike Jordan because he has a vision in mind already.