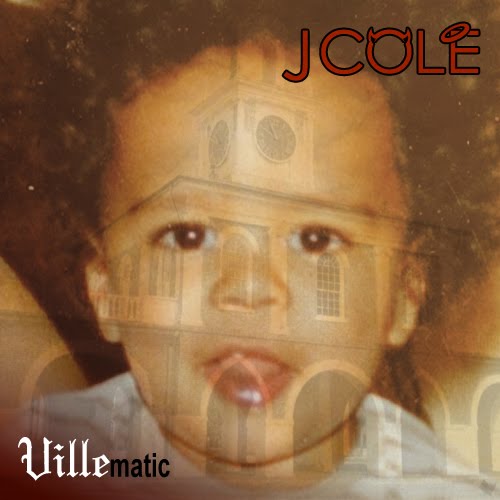 These Posts From Rappers Before They Were Famous Are Amazing

Long before the number-one albums and world tours, many famous rappers were blogging and tweeting, leaving a trail of internet crumbs chronicling their journey to stardom. With a little digging you can still uncover those now fascinating early posts.
Want to know exactly how J. Cole felt about opening up for Jay Z years before Cole World? Then read on. If Kendrick Lamar can go from begging for Twitter followers to a Grammy in just a few years, why can’t you? 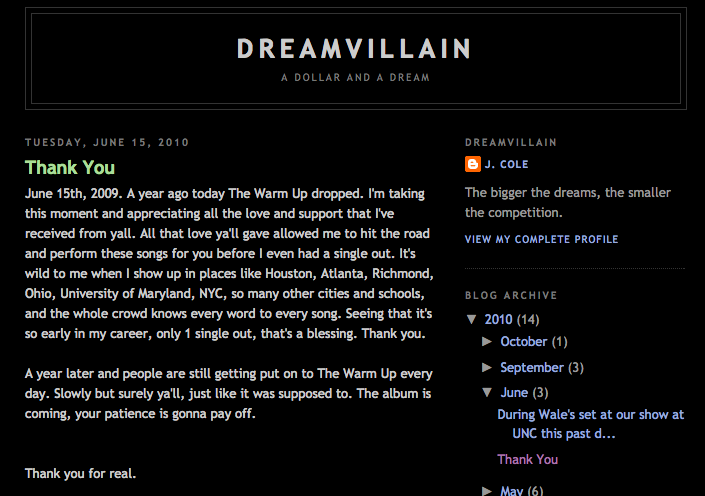 Clipped: AND Congrats to Drizzy Drake. This is obviously a special day too for that brother. Clap for em”

In 2015, J. Cole is one of the most popular, well-respected MCs in the game. He’s the first rapper in 25 years to have an album with no features go platinum. Back in 2010, though, he was just one mixtape deep and still amazed that people would show up to a show at a college, let alone selling out Madison Square Garden in the time it takes some to finish college. All it takes is “a dollar and a dream.” 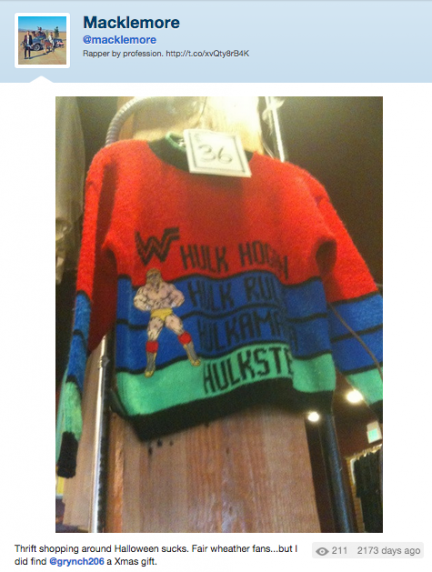 Three years before the inescapable “Thrift Shop” became a #1 hit, Macklemore posted this photo of him picking out a thrift store gem for fellow Seattle rapper Grynch. He even went so far to comment on the “fair weather fans” only there for Halloween, which leads us to believe it’s wasn’t his first time popping tags with twenty dollars in his pocket.

Authenticity is crucial, but often hard to prove. With Macklemore, there is no shortage of visual proof that he really is about that life…the thrift store life.

im trying to reach 18,000 family/followers today. can we reach that goal today. spread the word..

This tweet by Kendrick Lamar, a man who currently boasts 5.5. million followers, gives you a sense of his humble beginnings. Looks like his fans really did spread the word.

Chance The Rapper Has a Birthday

“I began recording My #10Day tape during my 2 week vacation and really became dedicated to my profession and even came up with a new psuedonym: Chance The Rapper.”

“2 packed listening parties, 2 great music videos, a soldout concert, A Newspaper Coverstory, A roadtrip to SouthXSouthwest, and 12 months later #10Day is done and building an amazing buzz. I really want to thank my Executive Engineer, Producer and friend L-Boog of THEMpeople ( @LBoogieTHEM ) for putting together such an amazing project with me. And I want to definitely thank my Director and close friend Austin Vesely ( @AustinVesely ) for helping me develop and express the ideas I had with #10Day. Expect more from us in 2012 and thanks so much for making my entire 18th yr so crackin. 19 should be great.”

One day you’re a high school senior, the next day you’re one of the most popular rappers in the game. And because Chance grew up in the Tumblr age, we have a nearly day-by-day chronicle of his rise, including the fateful day he chose his new name.

What’s even better, in the true spirit of the squad, Chance has brought L-Boog and Austin Vesely along for the ride; both are still major figures in the SaveMoney/Surf camp. And to think, it wasn’t long ago that he was just a 18-year-old kid celebrating his birthday with a Tumblr update. 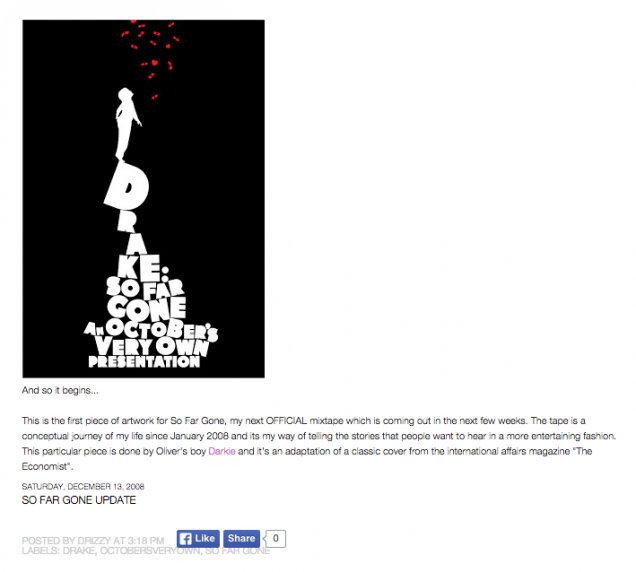 Now Drake drops a song whenever he feels like it (usually at 4 am on a Tuesday) and even when a project is in the works, we don’t know the title, the concept or the drop date. Back in 2009, though, Drake was constantly updating fans on the progress of his music via the OVO blog. Here, he goes into great detail about the tape that would propel him to stardom. It’s crazy to think about: Drake had no idea So Far Gone would become what it did.