Like no other time in history, skateboarding is rife with young talent, both carrying the torch and forging new paths. Tracking it can be dizzying, especially when a week of content can feel like a year and there’s a pocket and faction for every type of skating discipline. We become so entrenched in our personal tastes that it’s easy to tune out anything that isn’t streamlined, but there’s always going to be someone poking through our feeds, that demands attention. So.

With skateboarding continuing to grow at a pace faster than documentation, 2017 will undoubtedly be one of the most productive in history. Core brands, upstarts, and media are all focused on their personal paths, while the YouTube brands, independents, and fun not famers operate in their space. So, if we had to float ten names to watch for a breakout in 2017, these are a nice sliver of what’s to come.

With the release of Lakai’s follow up to Fully Flared impending, Tyler “Manchild” Pacheco is positioned to leap into skateboarding’s collective conscious. Crailtap’s steady release of “Weakdays” clips have showcased him as a confident young talent, with a determined, yet casual confidence, so being a part of a Lakai production will only elevate the child to man status, as there’s no question he’s stacking hard with the brand’s legacy looming. 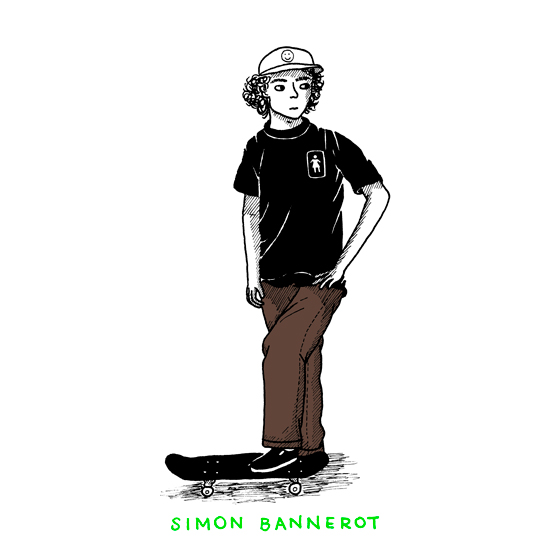 The second installment of Lakai/Girl’s two-headed-AM monster, Simon Bannerot’s penchant for Smith grinding any rail and lofting any flip trick down whatever he chooses is a nice contrast to Manchild’s compact, yet powerful style. As anticipation for The Flare grows, we can assume that the Lakai Camp is hedging their bets on the new blood, so expect Bannerot and Pacheco to have plenty of facetime—and impact. 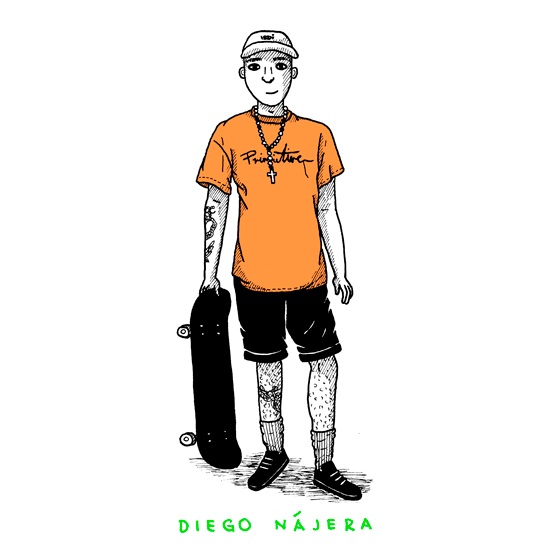 Hard to say that Diego Najera hasn’t already arrived and threw an uppercut to anyone who saw Primitive’s recent “Opal” edit, but his impeccable pop and sheer skill imply his ender part could only be a warm up. Primitive’s unique in that they’re an elite squad, but don’t adhere to the standard model of “big project” followed by “big drop,” eschewing it for out of the blue edits, so expect the newly knighted Primitive pro to produce more at any moment. 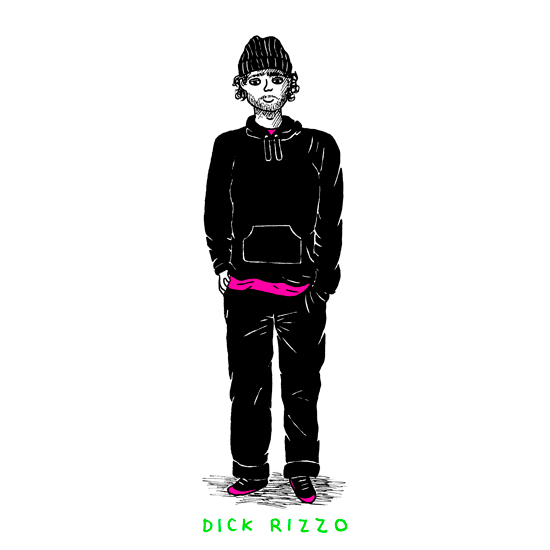 A rising New York staple, by way of the city’s most proven breeding ground, New Jersey native Dick Rizzo’s carved out a space in skating with a style that’s steeped in East Coast heritage and power. Laced up by Huf and part of Quasi’s and Bronze 56K’s eclectic rosters, Rizzo has plenty of funnels for his footage, including a Quasi full-length project that may or not be looming, but will demand attention if it comes to fruition in 2017. 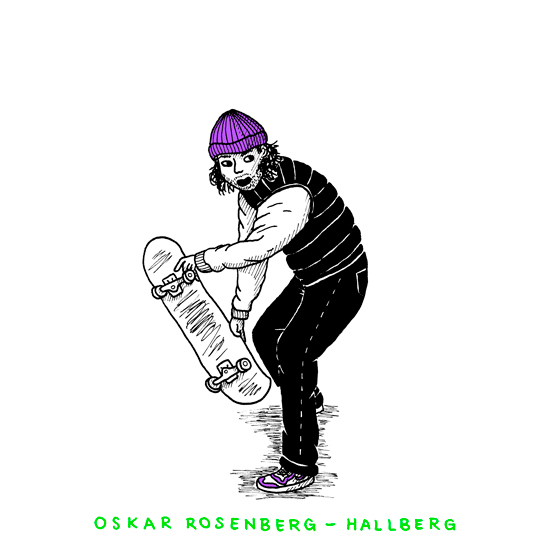 Oskar Rozenberg Hallberg navigates a unique path in skateboarding, as he’s a competitor on the newly founded Vans Park Series, while being a part of Pontus Alv’s Polar Skateboards, known for their standing as one of the most respected and unique independent, global skate brands. ORH impressed in last year’s perpetual “board brand video of the year,” I like it here inside my mind, don’t wake me this time, and should continue to gain attention and followers in both contest and raw circuits. 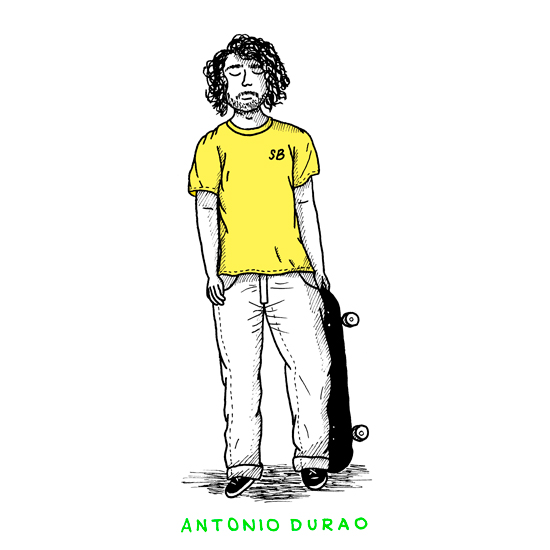 Originally from Portugal, but raised skateboarding in Long Island, NY, Antonio Durao’s career has darted and dashed since breaking in with Girl skateboards, to AM status on Nike SB as well as Eric Koston and Guy Mariano’s upstart Numbers Edition brand. Durao’s already proved his prowess with a loose style that leans as much on precision as fluidity, and with Numbers finally fully formed, he’s primed to produce in 2017. 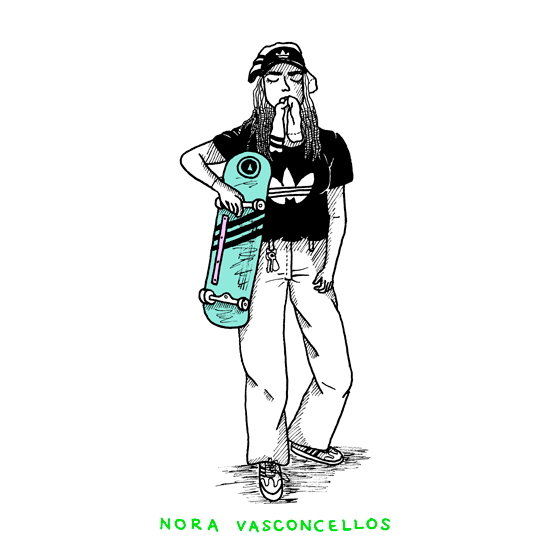 Perhaps the biggest name on the list, Nora Vasconcellos has steadily dominated parks and pools for years, but in 2017, everything is aligning to magnify her skills. While the year is still green, Vasconcellos has already been featured in Welcome’s first full-length, been announced as part of the adidas Skateboarding squad, and put in a charismatic and witty appearance on The Nine Club podcast, proving her personality is as big as her talent. 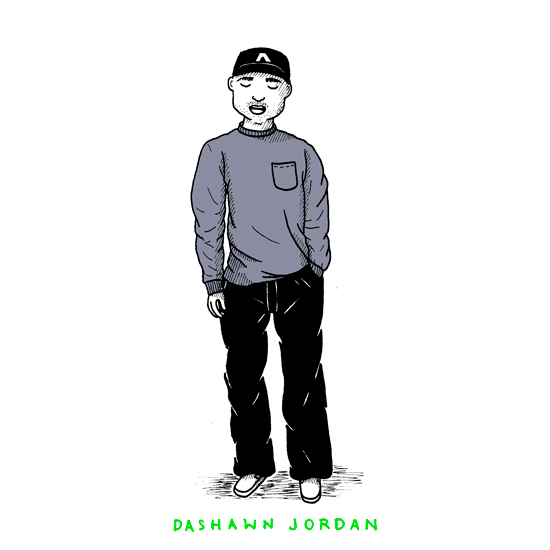 Born in Arizona, Dashawn Jordan’s been a rising star since he first stepped on a board, age nine. In 2016, he won the coveted number-one spot at Tampa Am, his golden ticket to 2017 SLS Nike SB Pro Open, became the Berrics’ Am of the year, and made a bold move from Element to Sovrn. Burly, technical, smooth, and consistent, Jordan’s demeanor on the board is said to reflect his personality off it. Part of the small, yet focused, Sovrn squad, Jordan’s abilities will continue to refine as he charges into skating’s collective consciousness. 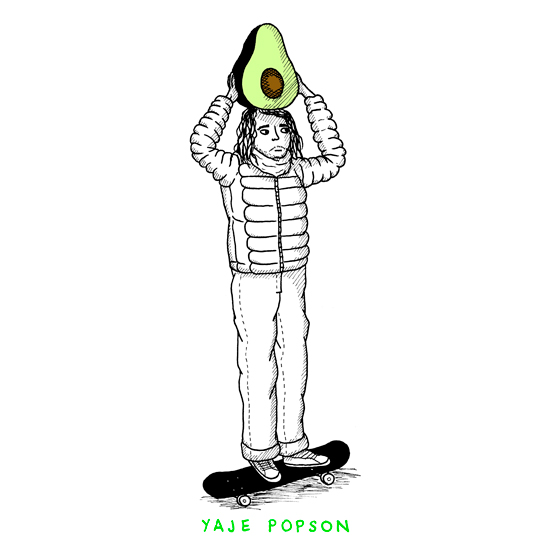 Now in his mid-twenties, Yaje Popson may be the elder statesperson on this list, but, as his colorful name would imply, he’s taken an unconventional path and one that he’s owned (sometimes in orange pants). After battling injury, existential crises, and an obsession with avocados, Popson’s rooted himself back in NYC and expectedly dropped a flurry of footage in 2016. In February, Alien Workshop turned him pro, and with more parts as good as Transworld Skateboarding’s Riddles in Mathematics, expect his footage to continue to be avant, interesting, and infectious. 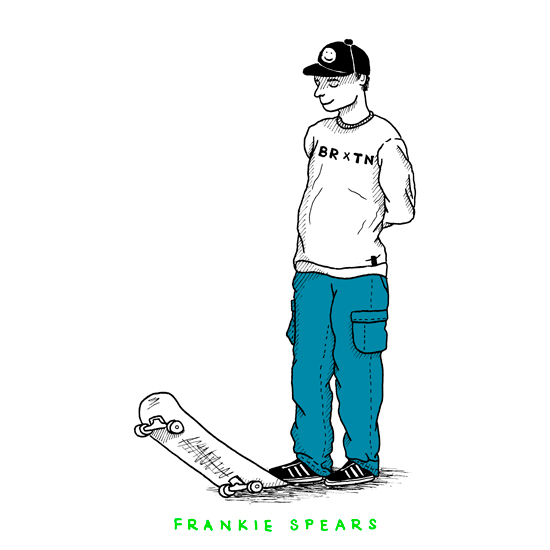 Member of Alien Workshop 2.0’s Sovereign Sect and the ever growing adidas Skateboarding roster, Frankie Spears upped the spot volume to the sounds of Dinosaur Jr. in his Bigly part last fall. To follow up that solo part, Spears was formally introduced in the recent Broadway Bullet edit for adidas, setting the pace for another giant leap forward in 2017.