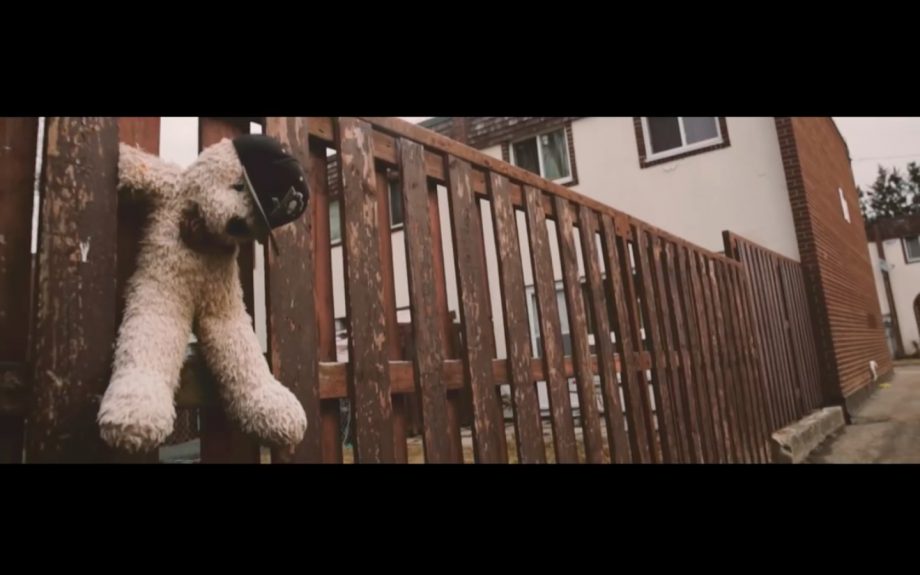 “I’m a very cinematic person,” says director Brian Gregory. “I’m all about making everything look like a movie. It doesn’t matter if it’s my niece’s third birthday or a Pyrex music video. I’m going to make it look like a movie.”

In high school, Brian Gregory realized that film was his true passion. “The world pushed it towards me,” which is why he went on to study film at York University and joined The Remix Project based in Toronto. There, he was able to refine his craft and launch his career. A product of Scarborough, (The Weeknd’s old stomping ground) Gregory has won awards at the Canadian and Cannes Film Festivals, and has collaborated with Kevin Hart, Andre Iguodala, and other celebrities on various projects.

Most recently, Gregory directed the music video for the song “Make It” by rapper Pyrex. In the video, Pyrex showcases his new sound as he navigates through Rexdale, Toronto (his own hometown)—known for its crime, gang violence, and grey landscapes—where he reflects on the necessity to survive and “make it” as an artist. Local talents Jellestone and Andreena Mill hop on for guest appearances in the video as fictional Rexdale natives; the former incarcerated, the latter his wife raising their children alone.

We tapped Gregory for his perspectives on directing and thought processes behind the creation of the “Make It” video.

EXTRACT THE BEAUTY FROM THE MADNESS

For me, it’s always about just shedding light on certain aspects of the community that are not necessarily shown too much. Obviously, most people associate Rexdale with violence and a lot of negativity as a whole, you know? There’s a lot of beauty there, so I feel that was a big part of the approach for this specific video and for any kind of video I’ve done that’s based in the hood. It’s about pulling out that beauty.

TO “MAKE IT,” YOU NEED TO BE MOVING

It’s all about movement. I think that’s essential to survival, it’s essential to life. We’re constantly moving beings. So it really speaks to survival, I would say, more than anything because for anything to be able to happen, especially when you’re coming up in these communities, you better be able to move around. You better be able to be versatile and flexible to do what has to get done. It’s just a reflection of Rexdale and of life in general.

OBSERVE YOUR SURROUNDINGS, DON’T MANIPULATE THEM

Nothing about this video was staged or really made up. That’s a big part of how I capture life, too. I try not to interrupt it too much. I try to just be an observer rather than interrupting the scene and getting in the middle of it. So a lot of the beauty that I felt was captured has been there the whole time, I just happened to catch it with a camera. But I’m not responsible for any of that beauty.

It doesn’t matter what equipment you’re using. It doesn’t matter what your budget is. If the story is there, if there’s entertainment factor, that’s what’s most important. In a very heavily production-minded world that we live in now, everybody’s trying to have red cans and the craziest production value. At the end of the day, if you make something interesting, it’s interesting. I think that’s the biggest thing about creating a successful video.

FAILURE IS CRUCIAL TO FINDING SUCCESS IN THE FILM INDUSTRY

Just keep trying. Just keep going until you find something. At the end of the day, you can try and fail 15 times on different projects, and the 16th time is when you get it right. From that point, it changes everything. So the ones that always make it—and I definitely don’t classify myself as making it, I’m on my way—are the ones that never give up. It really doesn’t matter how good or bad you are, but if you have the heart, that’ll speak louder than anything.