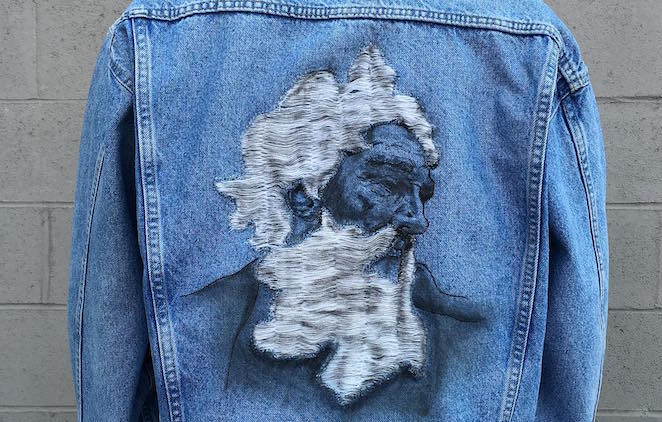 Unlike his hand-crafted distressed denim, 26-year-old designer Carlton Yaito’s wardrobe is mostly black. Today, no exception, he’s lounging on a couch in a black Supreme tee and adidas sweats, punctuated by silver kicks.

“I used to spend a lot of money on clothes,” Yaito says, stopping to smirk at his business partner and girlfriend, Tulie Yaito, who is also present. “The only thing I really spend money on now is my sneakers. I think I’ll never stop spending money on shoes.” An early peer of the A$AP Mob, his self-titled brand is collecting a clientele of A-list celebrities in relative anonymity. As a result, Tulie has become the public face of Carlton Yaito instead.

“I don’t really film myself anymore,” he says. “I don’t want to be known for what I look like or what I wear. It’s strictly about the branding. I let people look at her all day. I like being hidden.”

Yaito creates one-of-one items that are made at his own pace and on his own terms. More than just a clothing line, Carlton Yaito pieces are moving works of art, using the consumer as a canvas for modern masterpieces.

“Nothing has been planned thus far. I’m just using the tools that I knew beforehand with my other brand and what’s naturally happening now. The clientele that I’m starting to get, the places that I’m going — I mean, I’m not an expert at any of this; I’m just learning as I go.” 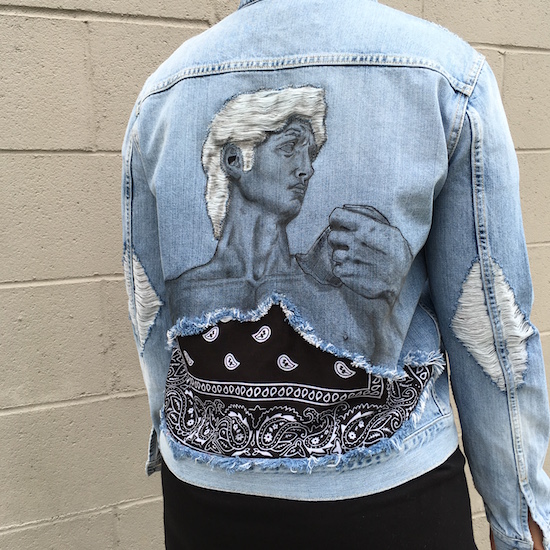 What he has in common with famed designer (and fellow Queens native) LaQuan Smith.

I was supposed to go to Art Institute, but it was too much money. I had moved to Long Island, so I went to Nassau Community [College] because it was really close. They actually had a really good fashion program because most of the teachers from there came from FIT. LaQuan had dropped out maybe a semester before I started. We were Facebook friends, and I remember just talking to him a little bit about it. I went to school the next day, and I told one of the teachers. She was like, “Oh, he’s not going to make it far,” because he didn’t get a degree. It really bothered me. I think like a month later I dropped out.

LaQuan isn’t the only famous person linked to Yaito’s educational past, either.

[High School of Art & Design] accepted me, and it was “whatever” to me. I was like, “OK, I’m going to school in Manhattan.” I didn’t know it was such a big [deal but] it kind of changed my entire life. I’m sitting in the lunchroom, and I see this group of kids walking in. I was like, “Man, they look different.” They had really freaky sneakers on. This was 2004. One kid had a mohawk — this was around the time when Diddy ran the city for the marathon and had the mohawk. I was like, “This kid is kind of fly.” They all sat down; I just didn’t talk. It was weird. I remember they told me one of the kids’ name was Jay West, and another kid called himself D-Ferg. Oddly enough, those became like my big brothers. I hung around them all the time, and they used to doodle on clothes — like literally paint on jackets and stuff. So I got into it because I just wanted to be like them.

After dealing with the loss of his grandmother on his birthday in 2006, and starting his first brand, Privacy In Public, Carlton took a break from fashion.

“At that time, A$AP took off, and Ferg went from D-Ferg to A$AP Ferg. It was such a learning lesson. My biggest thing now today is being humble. … Everybody can easily become a poppin’ person, but like 10 years ago, everybody wasn’t poppin’. A lot of us lost sight because we weren’t humble, and I was one of those people. I would’ve been in a better place if I was more humble years ago.”

Today, Yaito says being in a relationship is what keeps him grounded, because he doesn’t go out as much.”I had to slow down like 90 percent; I was running full speed. Every single night, something happens in New York. It’s so easy to get caught up.” 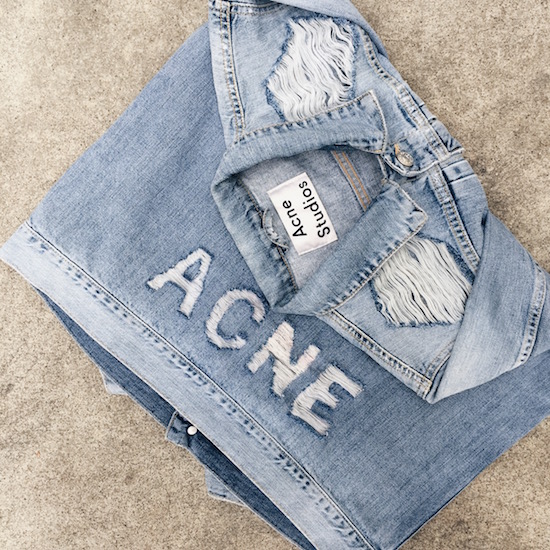 “I just feel like the slow grind is better, and it teaches you more.” Don’t expect Carlton Yaito to use his connections or name-drop.

People just think Hood By Air came out of nowhere. Man, y’all don’t have no idea. That was a gradual grind — like years. That’s a 10-year-old brand. I feel the same way, you know? I have tons of plugs in every which direction, but I choose not to use them like that. I have an ego in a way—I don’t ever want to have someone say, “Oh, I made you. Oh, I did that. You wouldn’t be nowhere if I didn’t help you.” I’m one of those friends that’s not always asking for that handout.

Everything is really wholesale; it’s not even manufactured. They just get it brought in from another country and put their name on it. This is not funny at this point. I don’t care about being an “it” person — I really do this because I love it. For everyone else out there though, there’s going to be a moment where all these factories are going to get shut down and then when it’s time for you to create on your own, you’re going to be out of luck because you don’t know how to do anything. How can you call yourself a designer if you don’t even know how to draw or construct? What are you creating? Where is the individuality? Not to say you have to [learn], but at least have the care. I feel like we’re moving forward, but I feel like we’re almost going backwards because now we’re kind of depending on certain things to do the job for us. If the Internet shuts down tomorrow, what happens to everything?

He considers A$AP Ferg his sensei and Rick Owens his other biggest inspiration.

From my childhood, I didn’t have any inspirations. I didn’t aspire to be nobody. I wanted to be me, and I didn’t even know who the hell I was until I went to high school, and that’s when I started to find myself. Ferg would do something, and I’d be like, “Damn, bruh, you impressed me again.” It was always like that, and it was one of the best feelings when he started to make it. It was like I made it. People will never know what we come from, the stories that we have, the things we’ve all done. 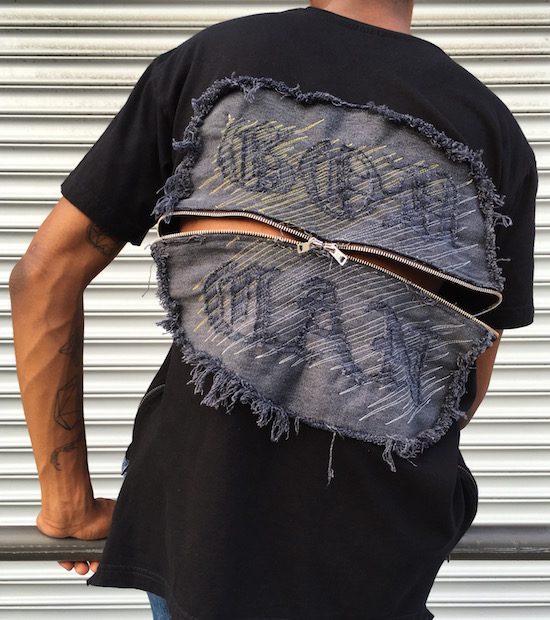 I remember coming out of the E train and running up to school before school started, and Ferg was in the deli across the street, where we used to always get sandwiches from. Before I even started a brand, this girl liked what I was doing, and she was like, “I’ll pay you to do a sweater.” I did it, and it was fire, but he told me something — I can’t remember exactly what he said. I think it was just the way I had sprayed onto it, and he was telling me about how to border it off. He knew what he was talking about. I don’t have anybody that really teaches me anything because anybody that was around me at that time or now, they’re always like, “Nah, bruh, you’re doing your thing.” Nobody was ahead of me. They — [Jay] West and them — were like that [for me], but Ferg was the head of them to me. Ferg was the balance.

Carlton Yaito’s not stopping at just denim, either.

I’m not getting rid of the denim completely; I’m just going to incorporate other fabrics and bring other things in. What we’re doing soon is a top where I’m literally distressing the denim, and I’m going to make a shirt out of it [using the distressed denim as fabric material]. I could do so many different things. There are so many concepts. There’s conceptual things where I know I can just blow this world away.