Five Emerging Chicago Hip-Hop Artists You Should Be Listening To

It’s an accepted premise now: Chicago is ripe with rap talent. But for much of the rap’s early history, the city was an afterthought, better known for its remarkable, still-vibrant outpouring of innovative dance musics. Before Common, the Windy City’s stars–Do or Die, Crucial Conflict, and the fast rapping, still-far-from-mainstream-success Tung Twista (later reduced to just “Twista”)–were relative unknowns. Now, Chicago’s twin pillars (Kanye West and Chance the Rapper) are two of America’s most popular acts, regardless of genre, and fans and media alike turn to the city for perpetual what’s-next?’ing. The five rappers here are but a few of an immensely worthy crop–strong arguments can be made for an entirely different assortment of artists, be they all women, all Southsiders, or all members of one or two collectives. With Chicago, it seems there’s always more to hear. 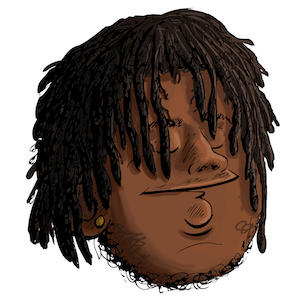 Saba hasn’t released a rap album in almost two years, which might be worrying were he not still a couple weeks shy of 22. He’s always been ahead of the curve: he graduated high school at 16, released his first project at 18, and, to celebrate his twentieth birthday, dropped ComfortZone, which catapulted him from after-school poet into the semi-stardom he currently enjoys. Despite coming from Austin, one of Chicago’s most violent neighborhoods, Saba’s music eschews the Drill that gripped the city in the early ’10s; it’s introspective, verbose, soulful, and morally conflicted. 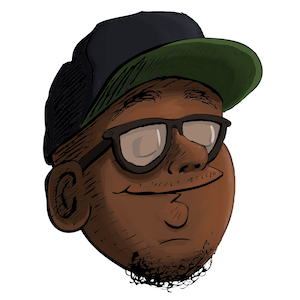 Mic Terror’s Live From Your Mama’s House was a revelation. Terror’s dextrous rapping over Teklife-produced footwork fused Chicago’s semi-divergent, dominant black musics. The stutter of footwork’s flat drum pads and high-pitched vocal samples can be chaotic, but Terror’s measured rapping cuts through the alarum. For all the ado made about younger rappers’ jazz-rap adventures, the EP (originally intended to be a collaboration with the late DJ Rashad) was an exploration in a single, deeply regional sound. 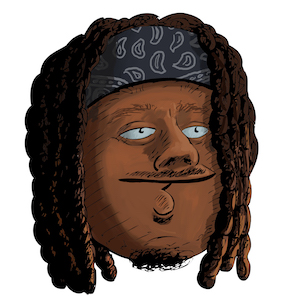 Montana of 300 isn’t operating at the fringes of rap’s rhythmic or lyrical possibilities. Rather, he’s an inexhaustible rapping Terminator, whose songs are three-and-a-half minute sprints. Montana’s initial successes came from one-upping rappers over their own beats (see: his versions of Nicki Minaj and Lil Herb’s (G Herbo) “Chiraq” and Dej Loaf’s “Try Me”), but it was his first solo mixtape, Cursed With A Blessing, that introduced the Low End native to a wider audience. Though Montana’s preferred, relentless vocal stylings have gone out of vogue in rap–it tends to be what arrhythmic rappers turn to–he has moments of airiness to ease what could otherwise be suffocating. 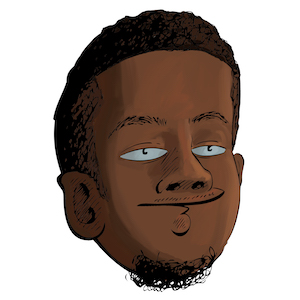 Every day is a celebration for Ty Money. More specifically, every day is Cinco de Money, a feting of his sharp observational eye and quick tongue. According to a profile in the Chicago Reader, the 28 year-old Harvey, Illinois resident (he was raised partially in the Hundreds of Southside, Chicago) cut his teeth battle rapping in the early-mid ’00s. It wasn’t until he was grown–and an ex-con who’d served nearly a year for burglary–that Ty Money’s career took off, with Cinco de Money. The recent release of Cinco de Money 2 only served to cement Money, with his slippery, slithering flow, as one the city’s very best. 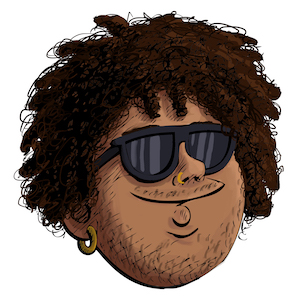 Savemoney doesn’t want for attention. Chance the Rapper, Vic Mensa, Towkio, and Donnie Trumpet are all, to varying degrees, stars. Joey Purp, one half of Leather Corduroys and frequently low-billed Savemoney member, is probably poised to join his squadmates in the spotlight. His recent mixtape, iiiDrops, strikes a delicate balance: it’s fun rap done intelligently. Compared to the other members of Savemoney, who operate between genres, Purp’s rapping is more straightforward beats ‘n’ rhymes–perfect for showcasing deep voice and wit.