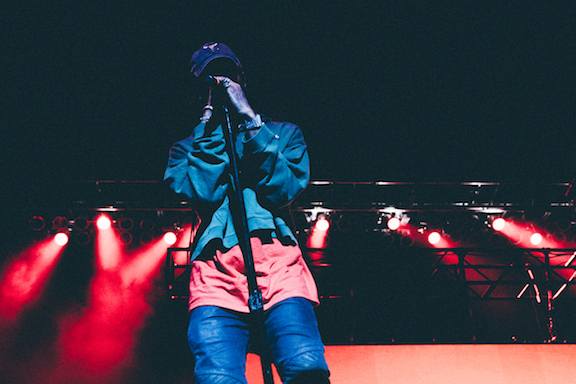 Concert Photographer Quentin Felder Has Never Paid for a Show, Never Will: Digging Through the Greats

My name’s Quentin Felder. I go by 3rdConcept. I’m based in Chesapeake, Virginia, closer to the North Carolina border. There’s not much going on in Virginia, so I’m trying to make my way out of here. I’m making everything work so far.

I’m trying to teach myself to be a well-balanced photographer, so being able to shoot concerts, fashion stuff, or even weddings. I began getting into concert photography after linking with D.R.A.M. through mutual friends. Through D.R.A.M., I met other artists from around Virginia who got me press passes, and it was just a really good experience for me. After that, I got passes to Shaggfest and was introduced to the son of No Malice and became really good friends with him. He ended up introducing me to his dad and we became really good friends as well. He ended up letting me come to the Shaggfest show that he was on and I got to shoot that. I actually ended up shooting some of Pharrell’s set at that show too and got some dope shots.

I pride myself on never, ever paying for a concert and I have not done it yet. 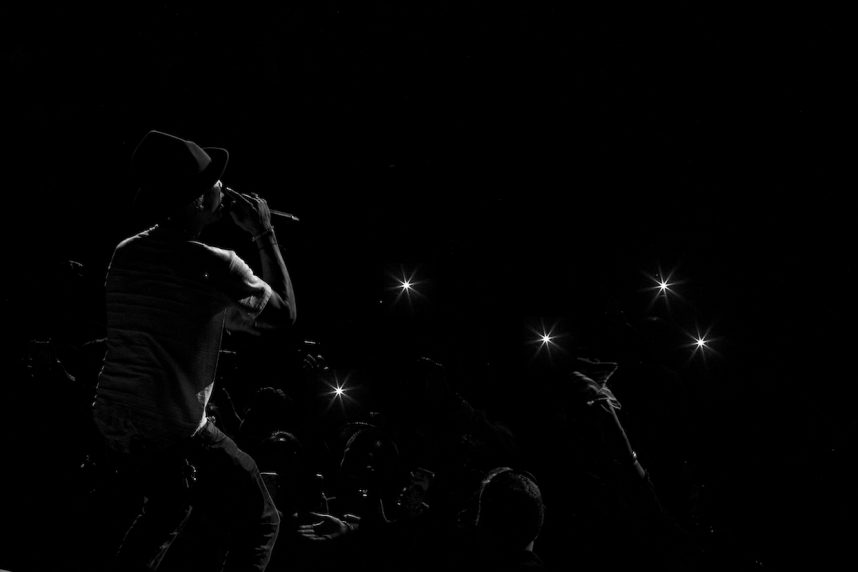 To be honest, I wasn’t technically able to shoot Pharrell’s set at all, but I stood on the stage and hid so that nobody would pull me off. [Laughs] I was able to zoom in and get a really good silhouette shot. The light was hitting the edge of him, so I had this rim of highlights on him and I caught the flashes of people’s cameras in the crowd. I just kind of darkened the tones a little bit in the image to make an incredible shot. It’s one of my favorite so far.

I put the photo on Instagram and his iamother camp liked it. 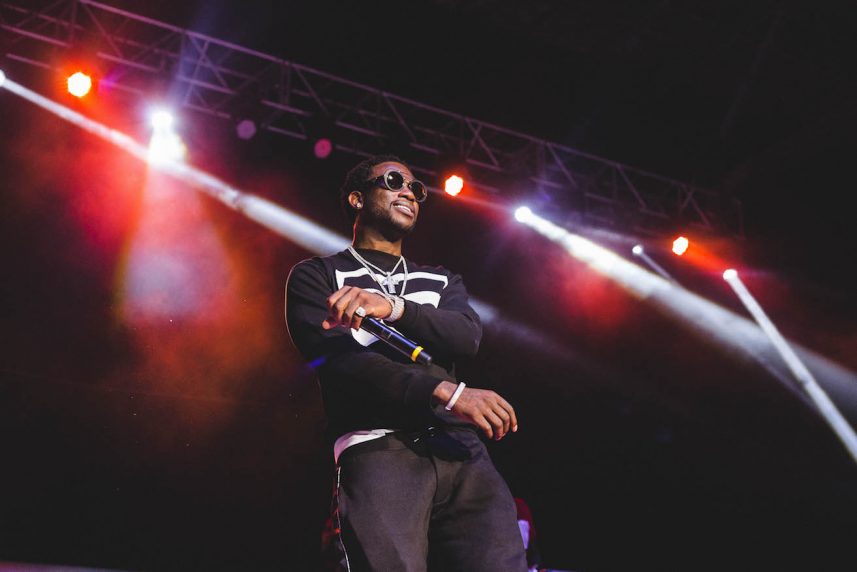 Cops were trying to push us out because they usually have a three-song rule, but it was actually the third song and I felt like the lights were beaming perfectly. It was really bright and I actually took like five consecutive shots and this was the third. I was like, ‘Wow, this is perfect!’ 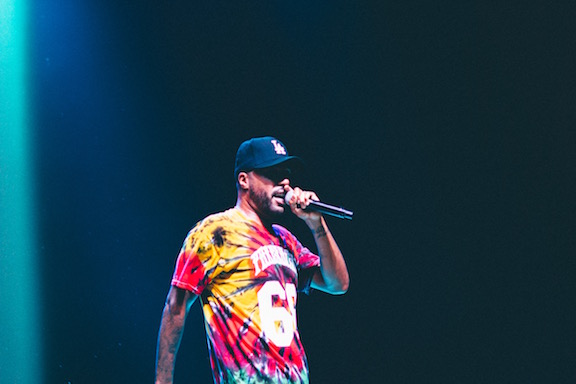 This shot was from Trillectro, back in 2015 I believe. This was getting close to the end of his set and I wasn’t in the best position. So, a fellow photographer there named Dexter let me borrow his 70-200mm lens, and I happened to take this shot. When I took it I saw one light in the background shining down. And to me, I don’t know why, it looks like a lightsaber almost. 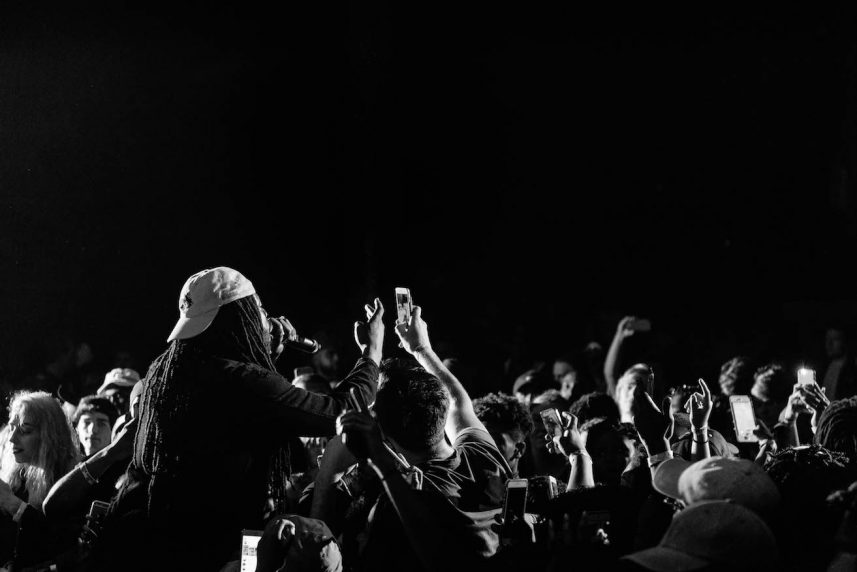 This was one of those spur-of-the-moment shots. He jumped in the crowd, I was on the actual stage and crouched down and laid down on my stomach to get a balanced shot and ended up capturing this photo.

Like you have people who do that, like Travis Scott who might jump on your head or something, but I feel that this is kind of genuine. He got in the crowd and wasn’t necessarily rapping to somebody, but was just vibing with everybody. As you see, he was probably on somebody’s Snapchat or Instagram. He’s spreading love, as he would say. 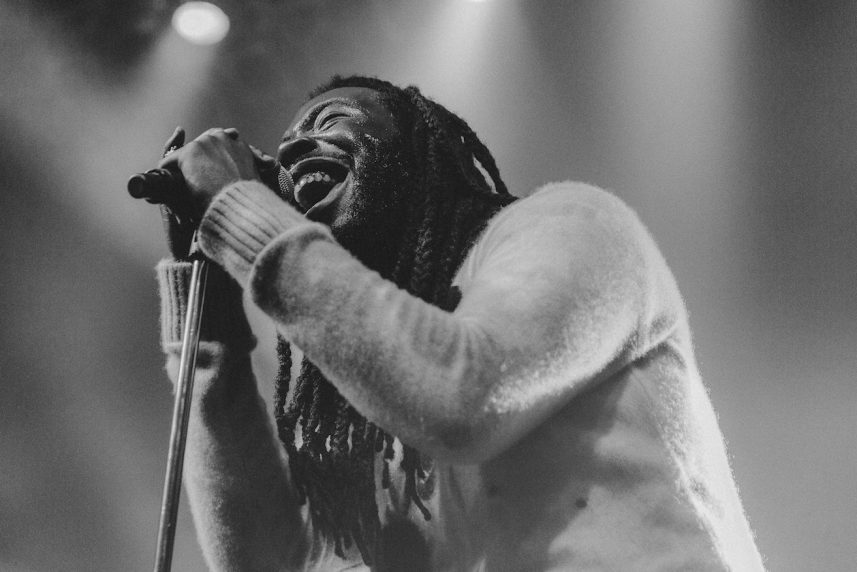 With this shot, I was really trying to get emotion. As you see, he was singing his heart out. D.R.A.M. has done concerts here before and he didn’t headline them, but this year now that he’s on tour, he got to be the headlining act. It was for his homecoming show since he blew up. He has his own band now and his own light setup and everything. I feel like that completely changed the vibe of his show. I almost feel that energy in the shot. It was a different D.R.A.M. It was actually a color shot but I didn’t really like it, so I turned it to a black and white.

We needed a person like D.R.A.M. here in Virginia. I feel like he’s really uplifted the area, even just with his slogan, “Spread Love.” I definitely appreciate him and his whole team.