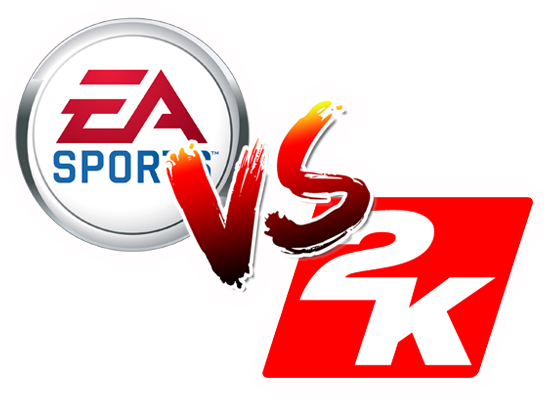 EA Sports vs. 2K Sports
Although it’s the ultimate rivalry in sports gaming, EA Sports and 2K Sports rarely compete on the same playing fields, figuratively that is. Because EA garnered exclusive licensing to the NFL, 2K had to cease production of their acclaimed football franchise, leaving EA’s Madden as the sole official football game. 2K’s basketball franchise is regularly touted as being one of the best sports games, and is as important to basketball diehards as Madden is to football fanatics. 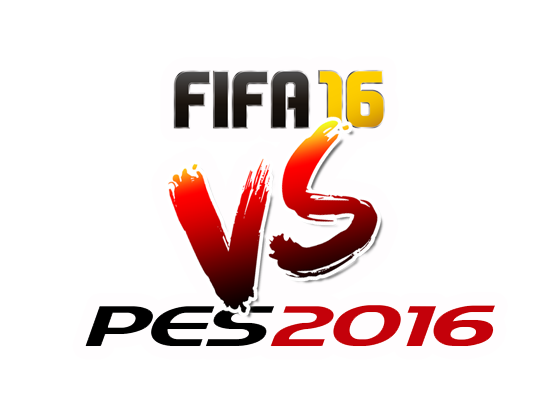 FIFA vs. Pro Evolution Soccer
Pro Evolution Soccer (formerly Winning Eleven) is perennially underappreciated. Konami’s soccer game makes up for its lack of team licensing in gameplay that, many years, outpaces FIFA. The matchup, for many, comes down to presentation. If you don’t mind importing files to change team names from generic titles like “North London” and “Merseyside Red” (Arsenal and Liverpool), then “Pro Evo” is probably for you. If not, FIFA remains a fine game. 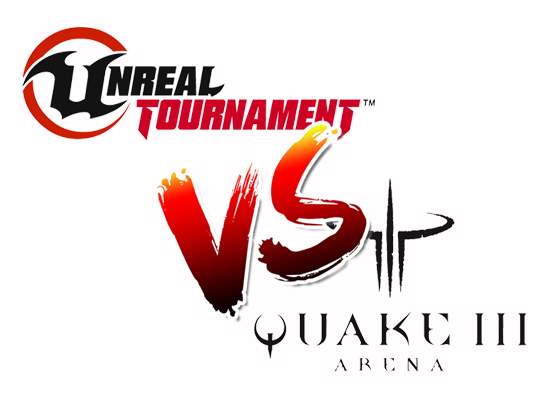 Quake III: Arena vs. Unreal Tournament
The early standard-bearers for first-person shooters still get argued about on glasses-adjusting corners of the Internet–that’s how important each were. An emphasis on multiplayer over single-player story (the “stories” were just multiplayer levels with bots) predated the current craze, as did the reliance on a client-server model as opposed to the old-style LAN party. 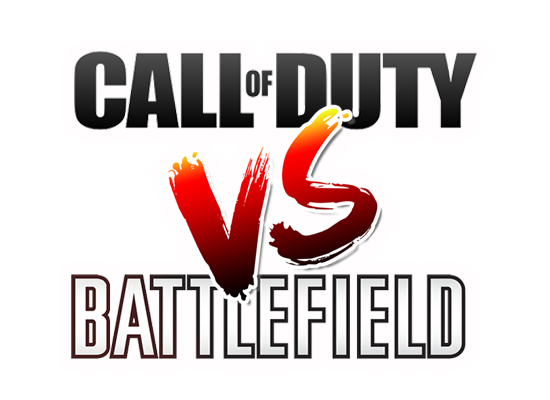 Call of Duty vs. Battlefield
Take a second and Google “Call of Duty vs. Battlefield.” There are literally millions of results. Here’s a brief summary: EA’s Battlefield 1942 was a massive hit, particularly with the modding community, but Activision’s Call of Duty, which focused on the online and multiplayer experience, chipped away at EA’s to the point that the FPS-mad consumer can even buy a Call of Duty-branded Jeep. There’s an instant gratification, hit-of-dopamine quality to COD that rewards even the most unskilled of players; Battlefield is less forgiving, with skirmishes that feel more fluid and less scripted. 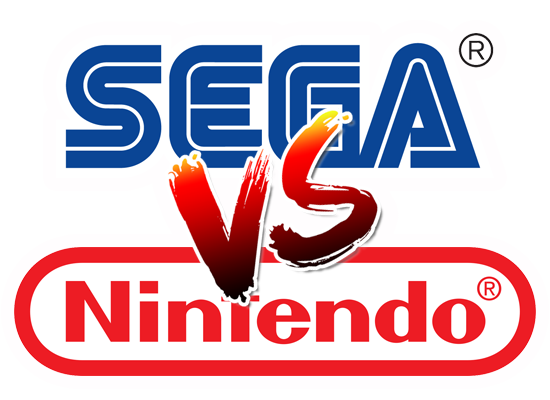 Sega vs. Nintendo
According to Blake Harris’ Console Wars: Sega, Nintendo, and the Battle that Defined a Generation, Sega’s downfall was directly linked to the company’s failure to develop the Saturn. Though they’d surpassed Nintendo with the Genesis, Sega’s attempt to team up with Sony for a “Sega PlayStation” never materialized; the Saturn came in at $100 more expensive than Sony’s PlayStation, and was more difficult to develop for than Nintendo’s Nintendo 64. While the Saturn sold 9.2 million units, the Nintendo routed Sega by selling almost 33 million “N64” units. (Both were bested by the PlayStation, which sold 102.5 mil.) Sonic the Hedgehog, Sega’s console star, is now a distant second to Nintendo’s mustachioed Mario, whose games continue to be well-received. 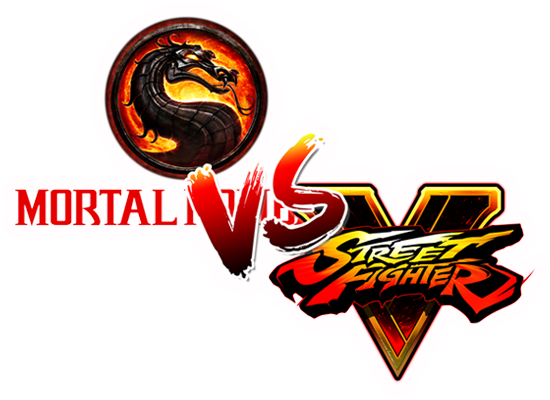 Mortal Kombat vs. Street Fighter
This debate centers on how you like your fighting games: brutal and a bit self-serious or cartoonish and blood-free? The former is known for its “Fatalities”—baroque, physically impossible executions—the latter its precise and technical ebb and flow of fighting. As the quality of MK flagged a bit in the late ’90’s, Capcom’s flagship Street Fighter stayed the course–there’s really no “correct” choice here, though. If your decision comes down to the movie spin-offs the series inspired, Mortal Kombat wins. If you still can’t decide, there’s always Tekken, King of Fighters, and an infinite array of crossover games. 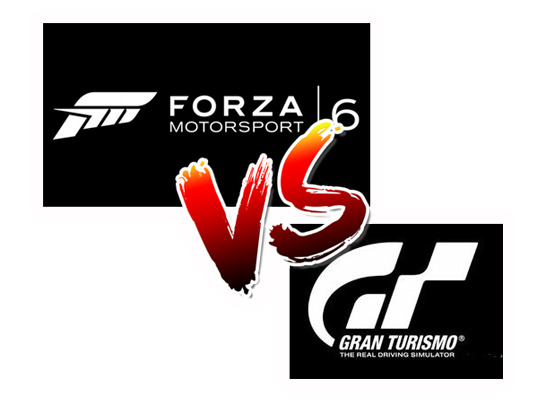 Forza vs. Gran Turismo
With the forthcoming release of Gran Turismo Sport, Sony’s signature racing series and Microsoft’s Forza Motorsport will again be on even footing. Sport marks the GT franchise’s first entrance into the current-generation of consoles; Gran Turismo 6 was PlayStation 3 only, and despite looking excellent as always, the PS4 offers greater rendering and a chance to better judge the series against the XBox One-exclusive Forza Motorsport 6. Because Gran Turismo is a PlayStation exclusive, and Forza is only partially available on Microsoft operating systems, gamers must own both an XBox and a PlayStation to fully experience the premier racing titles. 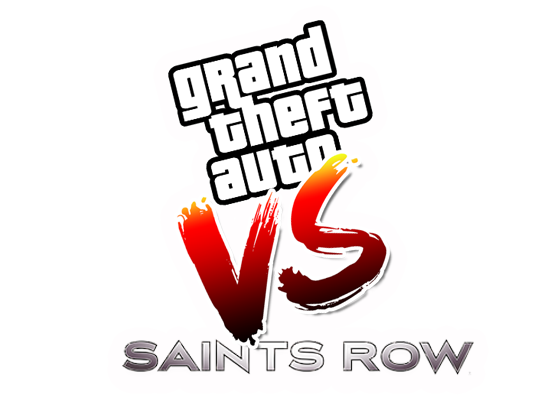 Grand Theft Auto vs. Saints Row
The Grand Theft Auto series is ridiculous–to a point. But Saints Row, always the more absurdist offering, set its last game in the underworld. Rockstar’s Grand Theft Auto III didn’t invent the open world video game, but it set a benchmark for “sandbox” gaming. Saints Row, which has directly mocked GTA, drew inevitable comparisons; THQ/Deep Silver have sought to differentiate themselves with ridiculous gameplay and a willingness to out-crass Rockstar at every turn.