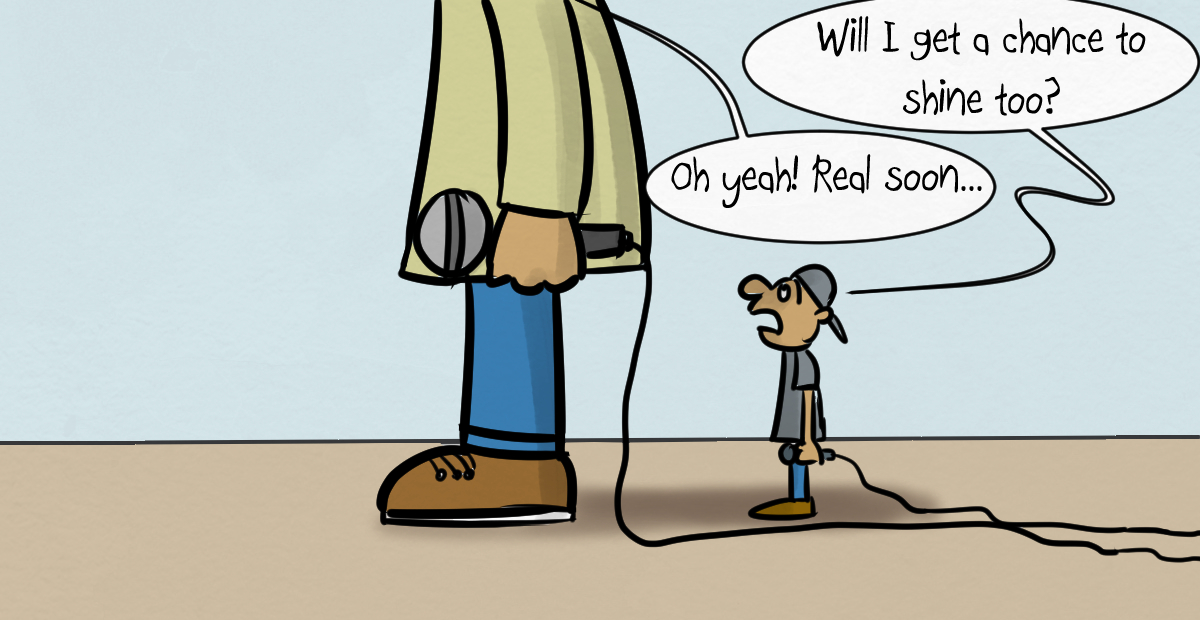 Are New Artists Better Off Debuting Under Established Rappers Or Not?

If you measure success by fame, well, the answer is an easy one. Yes! A famous rapper bringing you into the game can give you instant validation (see: Iggy Azalea.) After you’ve hitched a ride on that fast train to fame, hopefully your talent is sufficient enough to convince fans that you’re worth of the co-sign.

But sometimes the deals new artists make with these more established artists, or their production companies, or sub-labels, are not in their own best interest. And a lot of well-known artists end up broke as a result.

For example, Young Buck, after Platinum success on 50 Cent’s G-Unit label, ended up filing for bankruptcy and even having some of his personal items end up on Ebay; Beanie Sigel was found guilty of tax evasion and recently revealed that he wasn’t receiving his dues on Roc-A Fella.  Tyga, while being signed to one of the most successful hip hop labels for over the last 15 years, unsuccessfully filed for bankruptcy and dodged a landlord looking for back-rent. How does something like this happen?

Well, I’m glad you asked! Most of the time it goes a lil’ something like this: An artist starts making a buzz in his or her hometown. You know, putting out the kind of mixtapes that you need an oven mitt to handle. Eventually, movers and shakers in the industry begin to take notice. Some of these movers and shakers are rappers who are already well established; these rappers will have a production company or sub-label of their own that is attached to a much larger, major label.

This unsigned artist is then approached by the famous rapper to sign with his sub-label. And this is where things can get tricky.

Many artists, because they don’t want to pass up what they perceive as an amazing opportunity, sign these contracts without proper legal counsel. Because of this, they end up signing a bad deal that has the sub-label and the parent label at the top carving up so much of the profits that there is almost no money left for the artist.

These deals leave little room for artists to create alternative sources of income because these deals demand that all income made from music sales, acting, paid shows, merchandise, and endorsements, must be shared with the label. They are called 360 deals, and they’ve become standard.

Being on a label under an active rapper in the game can also keep you in his shadow. As long as you’re on that label, you may have to accept that you’re just part of the supporting cast. Some very well known supporting rappers never got a chance to shine because they were either eclipsed by their more famous CEO or they were put on the bench too long. Two rappers who immediately come to mind are Memphis Bleek and Lloyd Banks. Great rappers who never reached their full potential.

Some of these frustrations that artists have with their labels get played out publicly. When done right, though, the more established artist doesn’t mind passing the torch to his protege so that his brand and label can stay fresh and buzz-worthy. He also treats his new signees fairly so that they’ll show some loyalty to his sub-label and become less likely to want out of any contract agreements.

So, what do you do when faced with an option to be catapulted to instant stardom under a “made man” in the rap game? For starters, you get a competent entertainment attorney to fully examine the deal being offered so that you don’t end up trapped in a nightmarish contract for most of your life. Then weigh your options. The other being that you can stay independent, build on the buzz that you’re already getting on your own, keep your freedom, and pocket most of the earnings generated from your art. It’s not easy. Running a successful independent operation takes organization and a team. But when all of the right pieces are in place and doing their job, it makes the longer journey well worth it.