Interview: Gamera Made an Album About Magical Rocks, and We Dig It

Until last year, Gamera was a young bedroom producer and DJ from Colorado. Things started changing for him when he moved west, to the Bay Area of California. Now he has a whole movement called “Spiritwave,” which is not only spiritual music but a multitude of styles melded into one. Space is everything for the young producer-rapper, who also designs his own album art. When he’s around his homies Dexus Ma:ki:na, Nillamane, and Kai OD things happen organically; that’s how you get bodies of work like Gemstones, the name of his first official album. From the ashes of the ’60s psychedelic movement in San Francisco rises this delightfully odd blend of Japanese pop culture and ancient mysticism cured in the underground. Gemstones is the beginning of a new type of music, except it’s been around forever, from the chants of monks to the drum patterns of J Dilla. Originality and free expression are the two major tenets of any Spiritwave release, and now they come in physical form for the materialists among us.

Taking time off of work for this exclusive interview, Gamera expands on the concept behind his debut album and recounts his journey from Colorado to the Bay.

What makes this album official?
To me it’s official because, like, it’s a personal thing. I personally think this is an album. I don’t want to call it a mixtape. To me it’s more conceptual.

What’s the concept?
The concept is gemstones. My mom and aunts all were into gemstones when I was growing up. So I took that and ran with it.

Any deeper significance to them?
Gemstones have metaphysical properties. They have different meanings. Edgar Cayce, “the sleeping prophet,” [Ed note—A man who claimed to have psychic powers while in a dream state] said gemstones carry different vibrations in them. I definitely believe that. Look at water; they did studies on water; they said when you put different plants in water, the molecular level changes. The information in the water changes. I feel like the earth is the same way; the crystals carry information in them and absorb sunlight. 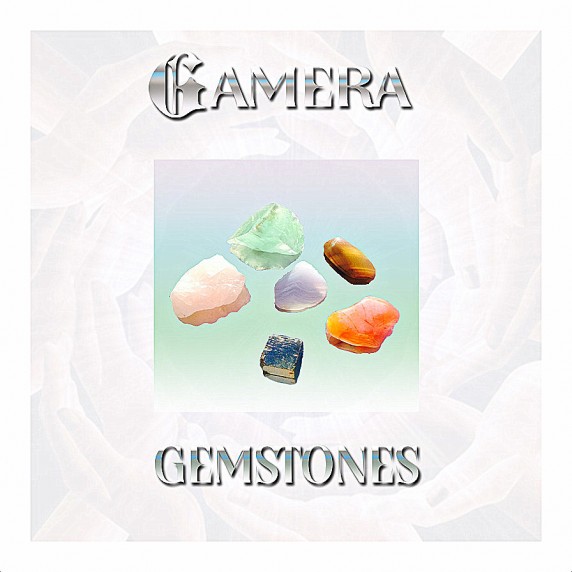 How does that relate to the songs?
Like each song has a different vibe to it. I named all the tracks what I think they would sound like. I listen to the song long enough to be like, OK, this one sounds like green calcite.

Why would it sound like that?
It’s just the vibe it gives off; I don’t necessarily see colors, but I feel a vibe from it.

What inspired you to rap on Gemstones?
Well, I’ve been rapping, but I didn’t put it out there like that. I just felt more comfortable with it as I went along. I’m not rapping on all of the tracks. This is like a little preview of what’s to come.

Who do you draw inspiration from as a producer?
I really like Black Milk from Detroit. He seems like a really cool dude. Flying Lotus. I like Burial. Joker, he’s this UK producer, one of the pioneers of dubstep but he makes R&B grime-ish-type dubstep. It’s really unique. Also I’m really into Portishead lately. Madlib, MF DOOM, J Dilla, Gorillaz. I don’t know if you can hear Gorillaz in my sound but I incorporate their vibe into my music.

Favorite song on the album?
“Black Tourmaline.” It’s creepy and mysterious, which is what I really like. It’s what made me fall in love with Gorillaz’ music; that creepy touch to them.

Favorite line?
I like one of the lines off of “Pyrite”: “bold OG, no italic, hard-ass beats, Metallic-a, leader like Alexander, meditate to find answers, like Tesla I’m a Cancer…” Both Alexander the Great and Tesla are Cancerians.

Artistically, what do you do other than music?
Well, I make those gemstone wraps. My friend was like, “These gemstones don’t do anything for me.” I was like, “You have to believe and treat it well, put it in the sunlight and clean it every once and a while.”

What’s your favorite gemstone?
My favorite one is lapis lazuli which is like blue. Ancient Egyptians, Greeks, their royalty used lapis lazuli.

You’re from Colorado. Why did you come out to the Bay?
I came out to the Bay because I wanted to move to LA before. I wanted to be near a bigger music scene and around more creative people. My friend Josh, he brought me out to the Bay Area because he really liked my music. He bought my flight ticket. I was like, Woah this is sick, went to SF did a show. I was like, Yeah man I want to move here. Three months later I ended up moving here. I actually knew a couple people before I even moved, people I linked up with like Nilla Mane. I talked back and forth with him on Twitter before I even met him and we just became good friends. 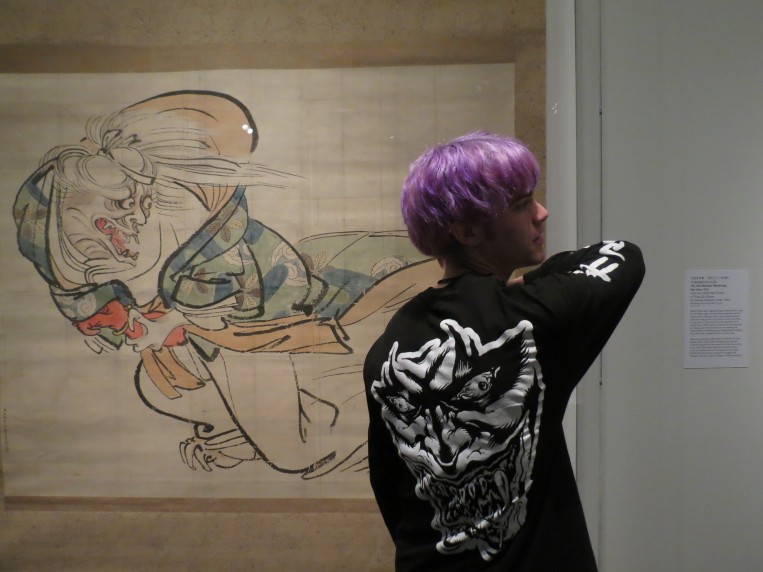 So your friend Josh was a fan and wanted to bring you out?
Yeah, he’s part of Pop Gang Records. One day he just found me. He was like, “Yeah man, I really like your music.” He sent me this long email. He’s like, “We’ll try and get you out here, we’ll pay for your flight.” I was like, “Yeah dude.” I don’t know what it is. The way I go about stuff is I make stuff, I put it out there, and then people just gravitate to it.

Has everything worked out the way you expected?
Yeah, definitely. Better than I expected. When I moved out here I didn’t think people were going to buy my CDs. I deep down wanted to sell CDs but I didn’t think I would do that well. But since I didn’t have a job at the time I was like, I really need to sell these CDs. I got to pay my landlord rent. I got to push myself to sell these CDs. You should have seen me at first. At first I was hella nervous, like who does this, approach random strangers to sell their music.

What happened if you didn’t sell them?
I don’t know, probably go back to Colorado, backtrack, which would have sucked so bad. In total I think I sold 700 CDs.

Did your music get better because of the risk you took?
Either way my music was going to get better, but it just reaffirmed to me that I was in a better place. I’m in a place where people appreciate artistry a lot more, like people I don’t even know come to my shows which is really sick.

It’s not like that in Colorado?
Colorado’s music scene is small but it’s still kind of growing. I feel like the people I was around at that time didn’t appreciate it as much as they do out here. Part of it was because my heart wasn’t really in it. I didn’t put 110 percent effort into it, because I didn’t feel like Colorado was the place for me.

How many years have you been in the Bay?
I’ve been in the Bay for a year. I’m totally in another space right now. My whole style changed. I don’t think I ever would’ve died my hair purple if I lived in Colorado. People out here really embrace weirdness, which is really cool. They’re really into health-conscious stuff, no GMO. I think it was the influence of the ’60s, the psychedelic movement. It never went away.