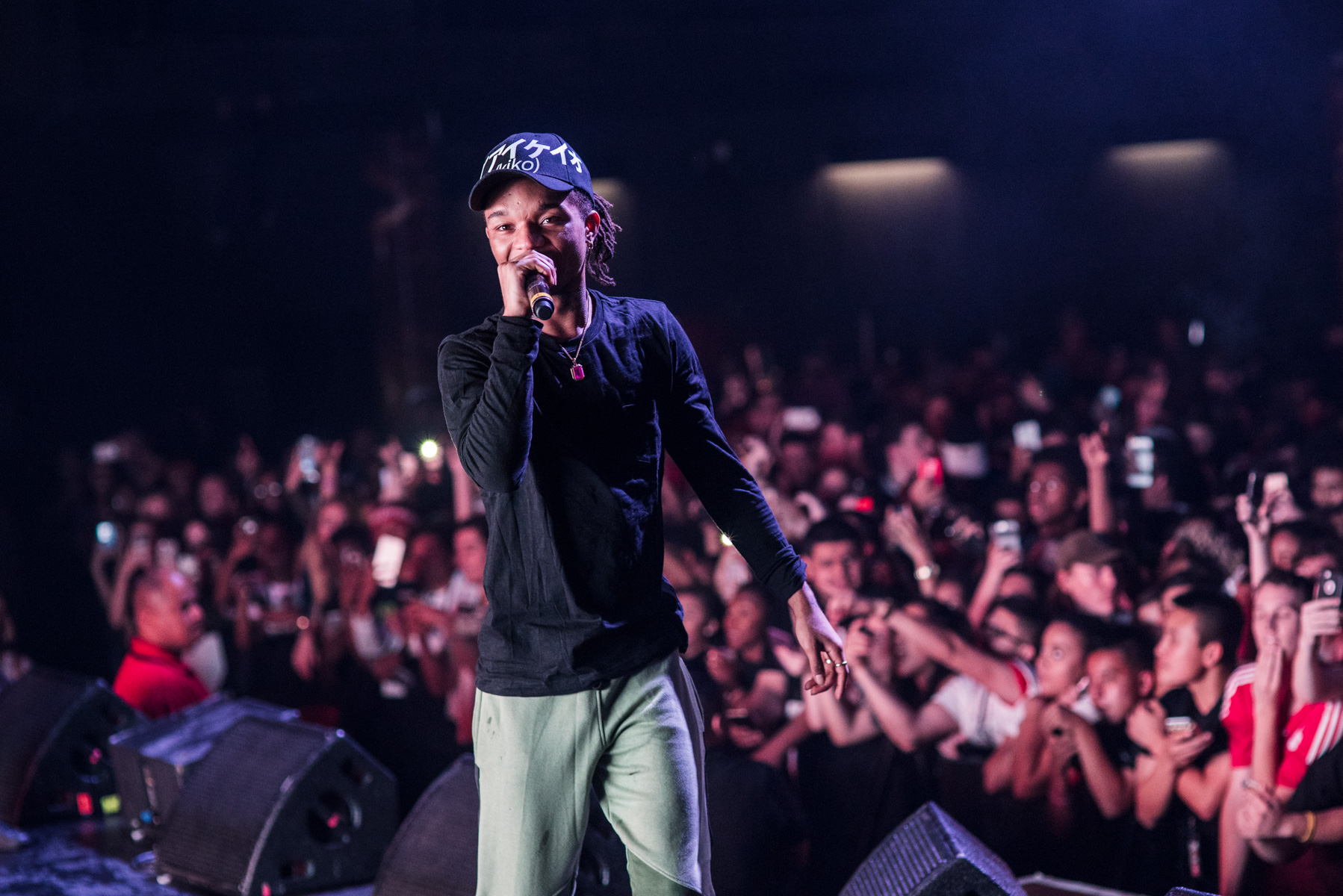 Gavin Lueking Gets Soaked By “Lil Boat”: Digging Through the Greats

My name is Gavin Lueking. I was born in Dallas, Texas and I have lived here pretty much my entire life. I got into photography around age 12 when I bought my first camera. In the beginning, I really only shot skateboarding photos, but soon after I moved into portraits and studio portraits. I worked in the studio for a while, which taught me a lot about lighting and different editing techniques, but finally I moved into concert photography – which is mainly what I shoot now. I only shot local shows for a while, but then I found ways into concerts, and eventually bigger festivals. Here are a few of my images. 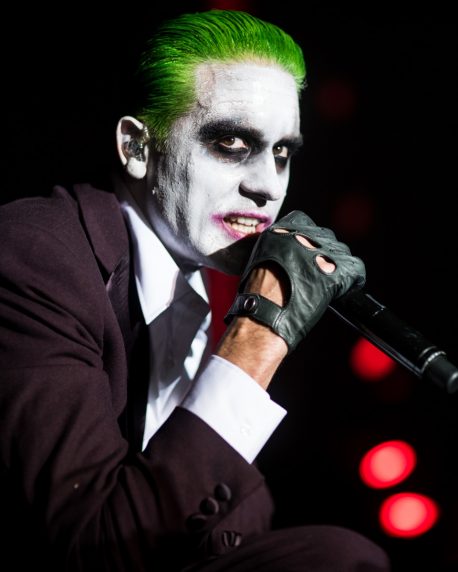 The photos I shot of G-Eazy at Mala Luna are some of my favorites just because of how unique the set turned out. Mala Luna was the 29th and 30th of October, just before Halloween and I was out covering the event for a magazine. I saw G-Eazy had just done a show the night before dressed as the Joker, so I was really hoping he came out again in costume. When he ran out at Mala Luna, he was again dressed as the Joker. I was really hype because this allowed me to shoot a set of photos not many other photographers have. Hopefully I’ll get one of these printed out and over to G-Eazy himself. 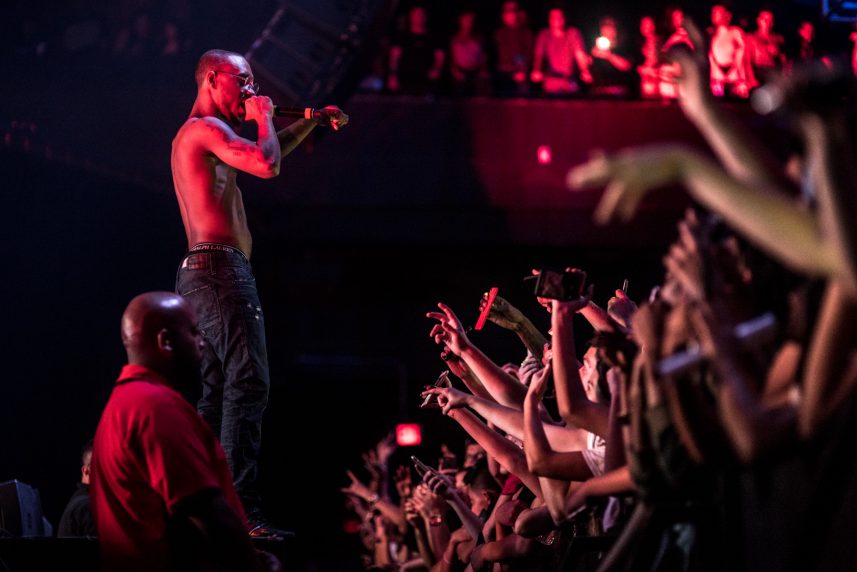 It was about 5:30 on a Thursday afternoon. I’m just posted up at work, passing time. My phone rings and it’s a text from Rae Sremmurd’s management seeing if I was coming to the show in Houston that night. I was pretty lost at the time because we had discussed it before but never finalized anything so I didn’t think it was going to work out. I gave them a call real quick just to see if they really wanted me to come down and they were trying to get me down there as soon as possible.

I ended up checking my GPS and it said I would arrive at the venue at 9:30. I was kind of debating what to do and I just stood up and ran out of my work, not knowing what was gonna happen when I came back the next day.

The show was supposed to begin at 9:30 PM, but my drive was over four hours and it was almost six by this time. So I had my girlfriend drive halfway down the highway, drop off my camera to me, and I booked it straight down to Houston. They ended up telling me that it wasn’t a big deal if I was late because they would hold the show, but I was still flying down the highway trying to get there as soon as possible. I pulled up at 9:30 on the dot, and then from there everything went pretty smooth.

It was all worth it because I got these photos, which I’m pretty stoked about. I got on their tour bus after the show and stayed on there until about 3:00 AM and then drove all the way back home just to go to work the next morning.

They don’t call him “Lil Boat” for no reason. This shot was taken at the Fader Fort at SXSW this year. Bottles and bottles of water just kept flying overhead. I was shooting from the crowd instead of the photo pit because security was kicking photographers out of the pit before artists even came on. I didn’t want to miss any of the performance, but ended up getting trapped in the middle of the mosh. I attempted to take photos while shaking water off my camera. Usually it’s worth the shot—until your camera breaks. I was pretty stressed about the water because Yachty had just broken Greg Noire’s camera from excessive amounts of water. But I continued to dodge the water and hide my camera in my shirt until finally, I got this shot. I loved how the water wrapped around the frame of the photo. To me, it really shows what a Lil Boat show is all about. 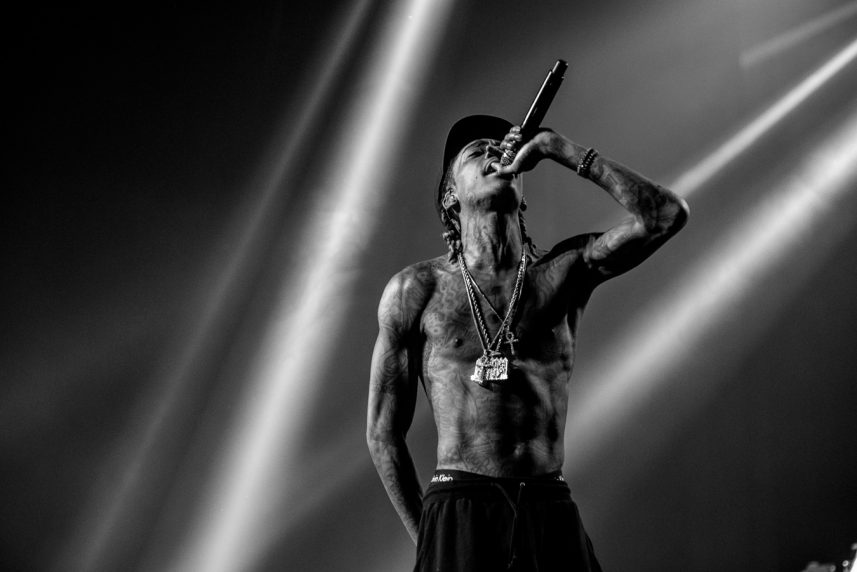 This is still one of my favorite shows to this day. I have always wanted to shoot Wiz and finally got to at Bric’s Block party in Dallas. I reached out to the host of the show and got a press pass. It was the typical three-song limit and then all the photographers were kicked out of the pit. During the opening acts with Smoke DZA and D.R.A.M. I was forced out of the pit pretty quickly by security guards. Whenever Wiz came out though, security guards came to sweep the photographers and passed right by me because I was hanging out in the back corner. I stayed in this position and got to shoot for the rest of the show. I mean, it wasn’t the best spot to shoot from but I ended up getting these shots, which are some of my favorites from the whole night.

Shortly after Wiz walked off stage I saw two ladies walking back and ended up following right behind them, and I figured they were with Wiz. I slipped right past security and got to talk to Wiz for a minute, which was pretty dope.