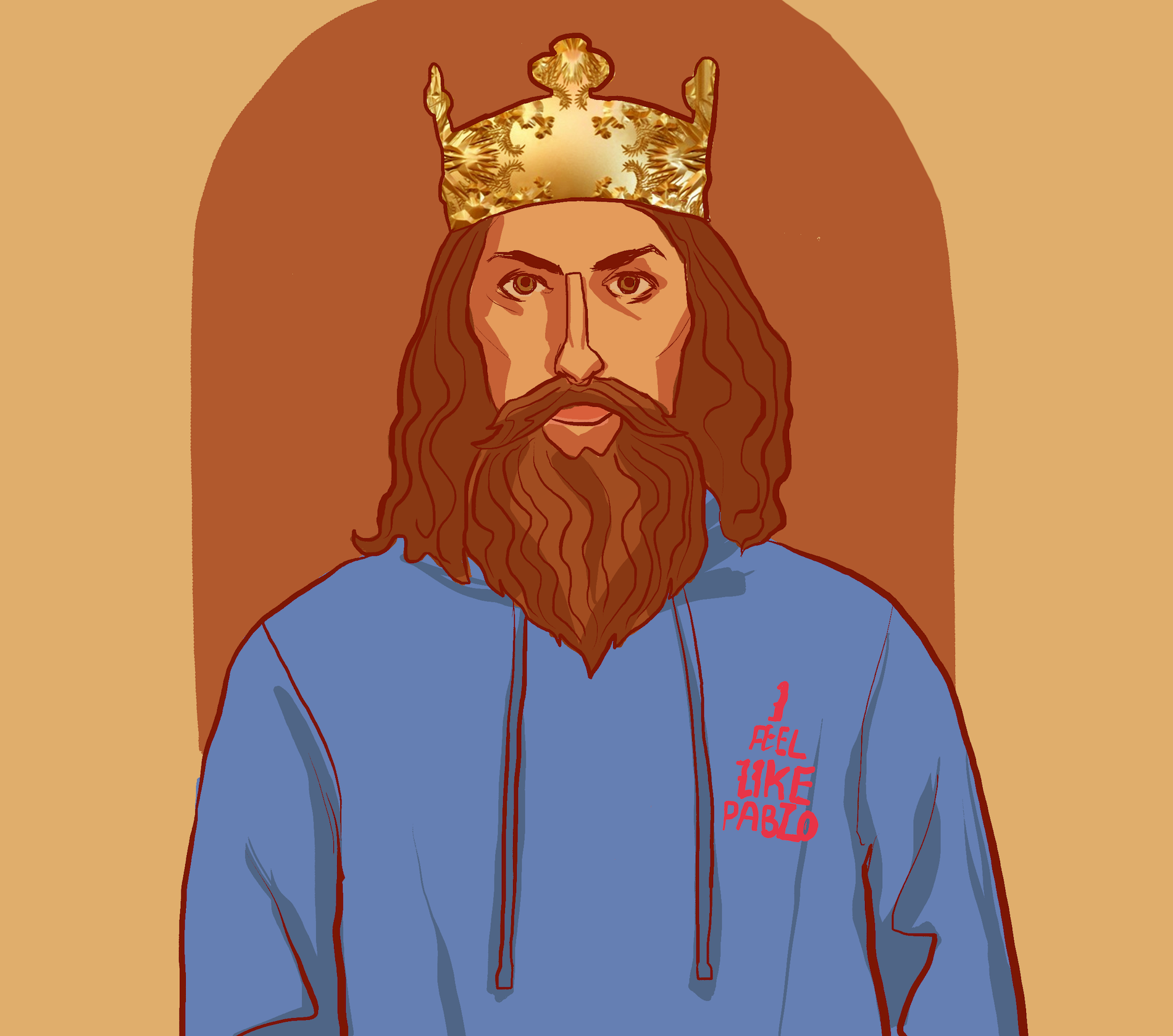 RePurposed: From Yeezy to Vetements, Blackletter Is Everywhere. Here’s Where It Comes From

When I write “Gothic font,” or “Old English font,” you know to which typeface I refer. It’s the one on “Compton” hats, Kanye West’s The Life of Pablo merchandise, and the profoundly oversized and overpriced Vetements collection. But, neither “Gothic” nor “Old English” is historically correct: “Old English,” in use between 450 and 1150, was written in two different scripts: an angular, runic script, and later a flowing, interlocking “Insular” script brought to England by Irish missionaries. And the Visigoths, an ancient Western-European tribe from whom we get the word “Gothic,” actually used a script similar to the one you’re currently reading.

The proper name for lettering of the Kanye-, Vetements- type is Blackletter, for the dominance of black over white on the page. And, before there was Blackletter, there was Carolingian miniscule.

In 789, Charlemagne, King of the Franks, uniter of much of Western Europe, and not to be confused with the bawdy radio host, decided that his kingdom should make religious texts and classical works easy to read and recreate. A court school was entrusted with standardizing written language. Thus letters were simplified, words had spaces between them, and above all else, the language was more easily read. (Fun fact: Despite his own best efforts, Charlemagne actually remained largely unable to read or write, although he used to keep blank tablets under his pillow.) This was the so-called “Carolingian Renaissance,” and the most lasting effect was a font known as “Carolingian miniscule.”

Unfortunately for Charlemagne’s legacy, Carolingian miniscule, while an improvement, was still time-consuming to write. It also took up precious space on scarce reading/writing material. Textualis (whose name refers to the almost woven texture of the script) began to take hold, and its place was cemented by Johannes Gutenberg.

At some point between between 1450 and 1455, Gutenberg, a tinkerer in Mainz, Germany, was in the process of inventing movable type (and changing the course of human history) when he decided to commission a form of Textualis for his up-and-coming Bible-printing business. His “42-line Bible,” so named for the number of lines on most of the pages, was the first book mass-produced using movable type. 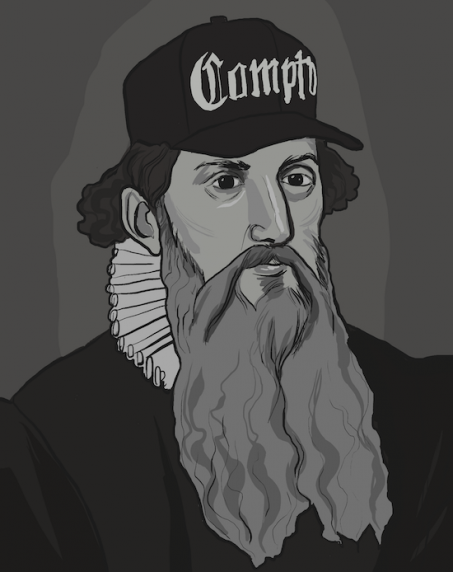 In spite of this book’s historical importance, it made Textualis’s reign seem longer and more dominant than it actually was: it was succeeded by Schwabacher in the decades following Gutenberg’s work, particularly in Nuremberg, a wealthy, progressive-leaning city at the center of many European trade routes. Here, the German Renaissance began to flourish, and many of the important works of this period were written in Schwabacher (named for a town, Schwabach, once considered part of the city).

Emperor Maximilian I, who ruled the Holy Roman Empire between 1486 and 1519, commissioned from local Nuremberg residents Albrecht Dürer and Hieronymus Andreae a 54-meter-long woodcut print which would function as a stamp, advertising his own grandeur, to recreate and paste on the walls of palaces. It was called The Triumphal Procession. In the process, Andreae crafted a specialty font, named Fraktur, which would overtake Schwabacher. It would also last much, much longer than its predecessors.

While Fraktur was gradually phased out from the countries which bordered what are now Austria and Germany in favor of Antiqua, within the German-speaking world, the script kept its strong foothold. Otto von Bismarck reportedly refused to read correspondence not written or typed in Fraktur, and the font came to represent the sobriety of Germany and its antagonism toward its French and Italian neighbors. The Antiqua-versus-Fraktur debate was, in fact, ongoing within Germany during the 19th and 20th centuries. The latter came to be associated with German nationality, voted as the official script of the country 1911. But it wouldn’t be democracy which finally put paid to the use of Fraktur.

Obviously, the Nazis favored Fraktur (what, if not the supposed and deeply misguided maintenance of traditional Germanness, did they stand for?), and considered the Roman texts of Western Europe–and their Fascist predecessors–to be “degenerate.”

But in typically capricious Nazi fashion, their attitude towards Fraktur and its stolid darkness changed seemingly overnight; it was deemed “too Jewish” in 1941, and immediately banned. Erik Spiekermann, German typographer, claims this was due to legibility and logistical issues. He’s quoted in Simon Garfield’s Just My Type as saying that, “In the occupied territories you just couldn’t read [Fraktur]….But the main reason was that the Germans just couldn’t make enough of the stuff–there was a shortage of type.” The French and Dutch were unaccustomed to Fraktur, and did–as they still do–typically read in Roman scripts, and their printing presses weren’t equipped to further the Nazis’ massive propaganda machine.

With Germans understandably eager to try and put World War II behind them, Fraktur was mothballed in favor of more modern, less sinister scripts. But, it never fully went away in the West; the mastheads of the the United States’ most prominent newspapers, the New York Times, Washington Post, and the Los Angeles Times are still in Blackletter. Perhaps the greatest irony of all is that Blackletter, once used to ostracize those deemed inferior, has received immense cultural cache from lovers of hip-hop culture, which was and still is mostly fomented in America’s poorest, most neglected communities.