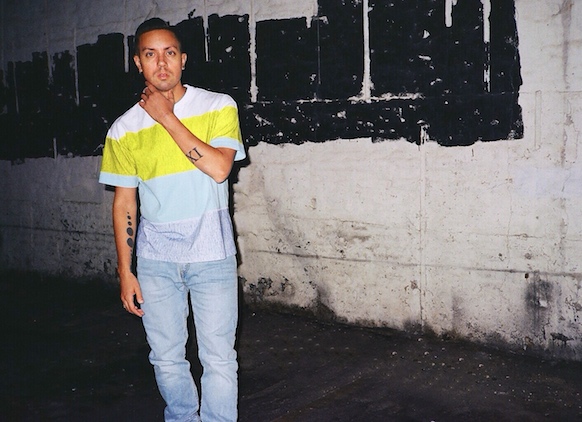 With a talent for flipping genres along with audience sensibilities, Bill Salas, better known as Brenmar, has become one of the most respected club DJ/producers worldwide. Brenmar’s live sets incorporate Ballroom, grime, hip-hop, and R&B in one. His talent is matched by his consistent output, with his recent EP, Award, released on Fools Gold, as well as his self-released project, High End Times Vol. 1, and his Not For Re-Sale bootleg pack.

I was able to connect with Brenmar mid-tour as part of his upcoming Green Label Live: Las Vegas show this weekend to discuss his Chicago roots, his recent MTV-featured video, “Hula Hoop,” and remix background.

Growing up in Chicago must have influenced your sound. Is Chicago still as important to you as it was since you first started?
It’ll always be important because it’s where I grew up. I still reference ghetto house and juke in tons of indirect ways.

There’s not a lot of DJ’s that can play at both Sonar and Webster Hall and kill at both. How have you managed to maintain such a high level of respect in the DJ world while still being able to rock parties with audiences that may not be as heavily into dance culture?
I’m not a music snob and I like a lot of mainstream music, so if I gotta stay more in that lane for a particular type of crowd so be it. If the crowd knows their stuff and lets me go deeper with it, then we’ll go there too.

“Hula Hoop,” isn’t the first video where you’ve incorporated lavish set design and colors, (e.g. Taking It Down). Also, the artwork for your Award EP is a 3D rendering from artist Pilar Zeta, who’s done some really incredible work. How important is the art you choose in relation to your music?
Really important, cool art can be the reason you click play on the track in iTunes or whatever. It allows you to represent the track in a different medium and that’s dope, just another outlet to be creative.

Was “Bait,” the first time you connected with Sliink? Things seemed to pop after that track came out on Body High.
Yeah, for sure. It’s been a few years now and we’ve just gotten closer as friends. Sliink is the homie. Hopefully we get to release some more music soon.

From someone that comes from a remix background, I’ve heard you got your start with a sampler/MPC and it makes a lot of sense. Your Not For Resale remix pack has some of your best edits to date. Do you attribute your remix background to your hustle and output?
I’m just addicted to making music, man, it’s my favorite thing in the world. Remixing is special cause you don’t have to start from a clean slate, so, at least for me, the ideas come faster. My originals usually take longer than my remixes to finish.

How did you go about picking the remixers for High End Times? All of them are incredibly unique, some of the most exciting dance stuff coming out at the moment.
Thanks, I was just a personal fan of everyone that I asked to remix. Luckily, they came through!