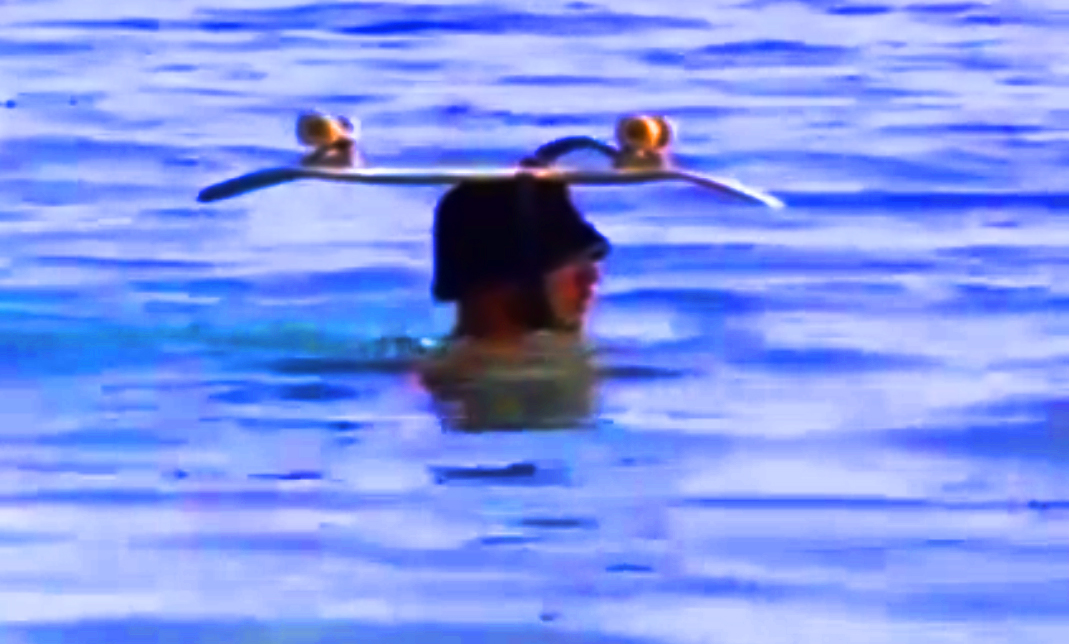 Help Us Find the Parkour Skateboarder

On February 22, Extreme posted a Thrasher video of an anonymous skater killing it on his board, parkour style. They captioned the video, “This guy is redefining everything you think skateboarding should be.”

The unnamed parkour skateboarder clearly enjoys getting a little weird with the sport and letting his creativity fly. At one point he swims through the ocean and slowly across the screen with his skateboard attached to his head. From there it’s all parkour meets skateboarding as he glides around an unknown city (any hints?) using its landscape as his personal playground. And while the video seems popular enough with over 4 million views and more than 40,000 likes, according to the comment section it rubbed some people the wrong way.

“Honestly, with the exception of going up the stairs, Rodney Mullen was doing harder versions of all those tricks more than 10 years before this guy was born,” one commenter said. Another chimed in, “Some people don’t like it because it’s almost like skateboarding satire. A lot of what he does looks really ridiculous. He’s got his own style and has new ideas that’s great, but some of the stuff he does makes you cringe because it looks so stupid.”

But others came to the defense of both the skater and the video.

“I think it’s hilarious that a sport culture that was built on creativity and departure from societal norm is suddenly full of people crying foul because something is full of creativity and departs from the societal norm,” a guy called Sean McIntyre wrote. He was quickly backed up by Peter Bankowski, who said, “Skating was always full of satire. I mean look at old Bones vids like Animal Chin. This dude’s having a rad time being creative and skating everything. That’s dope!!”

We’re going to have to side with Sean and Peter on this one because we think this skater is in fact dope.

Head over to Extreme’s Facebook page to check out the video and join the discussion. We’d love to know the name of this anonymous boarder so drop us a line on Twitter or Facebook if you know who he is.