The first fan art coincided with the rise of television, and was dedicated to the nerdy sci-fi shows which dominated pop culture at the time. This being the age of hip-hop, fan art that features rappers has proliferated across Instagram, to the point where Green Label considers it is own genre.

Among the forefathers on this scene is André LeRoy Davis, whose work featured for years on The Source magazine’s last page. Working with De La Soul since the 1990s, Joe Buckingham is another important name. Meanwhile, relative newcomer Freako Rico recently got his work in front of the world in the form of Action Bronson’s corpulent white body on the cover of Mr. Wonderful.

For those who enjoy seeing their favorite rappers depicted in every shade of Pantone, from graphite to line drawings, here is just a selection of past, present and future legends to stand out in the field of hip-hop art.

Based out of Brooklyn, artist Takun Williams’ signature is a Technicolor palette, and a heavy NBA influence too. Both lend themselves to bold clothing graphics, which he sells online.

Chris B. Murray
Philadelphia’s Chris B. Murray has crafted hip-hop art paying homage to the Wu-Tang Clan and Action Bronson, amongst others (like his illustration of Kanye West as Ron Burgundy for Green Label).

Olivia Odiwe
Hailing from the United Kingdom, Olivia Odiwe has been noticed by Complex and MySpace, and has done commissions for people like the Indiana Pacers’ CJ Watson.

Jeffery Paige
Jeffrey Paige’s thing is recreating hip-hop images in exact detail, right down to the outfits and pose. His Instagram page features realistic renderings of Joey Bada$$, Raury, Bishop Nehru and others.

TrillArts
TrillArts puts a heavenly spin on your favorite MCs, placing them on starry backdrops with halos over their heads or giving them white spaces for eyes.

Jay Fenerides
All the way from Greece, Jay Fenerides is a massive fan of hip-hop, especially hip-hop fashion, like in this A$AP Rocky piece.

Adam Mulligan
Another UK artist, Adam Mulligan is all about the throwback, using an 8-bit technique last seen in 1990s video games.

Rinat Shingareev
The so-called “best artist alive,” Russian painter Rinat Shingareev’s oil paintings of rappers have been featured in magazines including GQ and Forbes. (See our feature with him, here.) 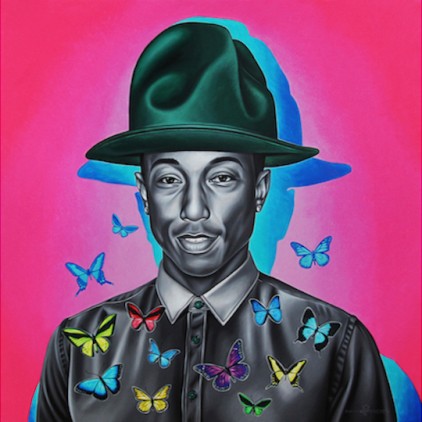 Naturel
Once known as an MC, Naturel has become a star in the hip-hop influenced world of graphic design. He doesn’t so much draw rappers as their luxurious lifestyles, and lately he’s made waves in the fashion world, including collabs with Pintrill, and a capsule with the Franklin & Marshall clothing brand.

Alim Smith
While Delaware is an unlikely place of origin for an art scene, Alim Smith has gained national attention with series like his In Living Color, as well as illustration work.

And I present to you @snoopdogg , by far the coolest rapper/person in my opinion. He’s a legend and all I gotta say is 1,2,3 and to the 4. From the 90s to present day he has stayed true to himself and he gets my ultimate respect as a battle rap fan for bringing them to the bet cypher and making his own league. And by the way that “bush” album bumps in the whip!! Please @ @snoopdogg on his page , I would love for him to see this #legend #followthebush A photo posted by ALIM SMITH (@yesterdaynite) on May 12, 2015 at 6:01pm PDT

PSIMDOPE
Now full-time at Complex, PSIMDOPE made strides in the industry designing artwork for Wale and clothing for Kendrick Lamar. She’s also recognized by rappers themselves, including Vic Mensa and Fashawn. Currently, she’s the visionary hand behind the powerful images illustrating Green Label’s Rap Power Rankings every month.

.about nothing… @wale | #TAAN #PSIMDOPE | .quick sketch for the daily of the emcee I had the opportunity to work with back when I was extremely unknown, who reached out to make magic by giving me reign to create the #AMBITION art in 2011. 2 hour, pencil on 9 x 12 mixed media paper. A photo posted by VISUAL DOULA (@psimdope) on Apr 2, 2015 at 2:13pm PDT

Justin Hager
Bi-coastal illustrator Justin Hager is all about hip-hop puns, e.g. “Yeezus and Butthead,” or “Little Traphouse on the Prairie.”

flames.jpg
With only a few hundred followers, flames.jpg is way too slept on for his gorgeous high-contrast renditions of Action Bronson, Will Smith, Future, A$AP Rocky, Pharrell… Follow him, now.

Timothy McAuliffe
McAuliffe’s expertise extends to animation, photography and digital work, but he has made his mark drawing athletes and rappers.

New online shop is up and running. Now you can hang up on people like *mic drop* – and your phone will be A-OK. 👊🎤 Link also in profile: http://goo.gl/fteFGr | #kendrick #asaprocky #phonecase #illustration #hiphop #music #design #artoftheday #longliveasap #kingkunta #sale #inprnt #shop #prints #poster #rappers A photo posted by Timothy McAuliffe (@thegoldvan) on Jun 25, 2015 at 9:50am PDT

Mike Hinson
Mike Hinson is a full-time artist with a growing fan base, and is another illustrator with a penchant for puns. Check his recent illustrations for Green Label’s Most Memorable Hip-Hop Fashions of the ’00s, featuring Cam’ron in pink mink.

KashmirVIII
As well as feeding people’s nostalgia for Chappelle’s Show and other popular urban television shows, KashmirVIII’s line of Future socks should go over particularly well with his fan base.

Joseph Buckingham
His artistic contributions are iconic, attached to the classic hip-hop album De La Soul Is Dead. On the side he can still be found working with other independent acts.

This is the piece I did for the De La Soul Kickstarter campaign. It went up late yesterday and sold super quick. This piece took quite a bit of time as portions of it are carved out to create some depth as well as give the dirt an interesting texture. It also has the actual written album lyrics from Pos And Dave worked into the background. The piece is 48×48 inches. #joebuckart #art #painting #delasoul #delasoulisdead A photo posted by josephbuckingham.com (@joebuckart) on Apr 29, 2015 at 9:44am PDT

Brian K. Oscar
As an aspiring musician, Brian K. Oscar’s side passion lies in illustrating those he looks up to. Selling his final products by way of clothing and accessories, his ideas start in pencil and take flight from there.

André LeRoy Davis
LeRoy Davis held down The Source magazine’s monthly last page art from September 1990 to January 2007. While he’s planning a coffee table book of his work, recently a New York gallery held a show, 50 Shades of Dre, to celebrate his career so far.

50 Shades of Dré: A One Man Show. If you bought The Source Magazine back in the day and the very first thing you did was to turn to the last page in the magazine and check out the newest illustration for the month, then I need your continued support. Please take the time and visit my indiegogo campaign… The link is in my profile & below. Click on it, visit and donate, share and or spread the word. Http://igg.me/at/50ShadesofDre/x/10865467 50 Shades of Dré: A One Man Show… Containing 50 pieces of Art. Set to open in Harlem on Friday, June 26th. Please support and help to guarantee that it happens. A Classic The Last Word: R.I.P Big Pun #thesourcemagazine #bigpun #puertorico #boriqua #puertoricanparade #crushalot #restinpeace #fatjoe #bilingual #indiegogocampaign #50shadesofdre #theartofandreleroydavis A photo posted by AnDré LeRoy Davis (@aldreday) on Jun 14, 2015 at 9:44am PDT

Dan Lish
Dan Lish is one of the more established artists on this list, with clients including Rockstar and Sony, although his Instagram following doesn’t reflect his next-level talent. Don’t sleep.

Dale Edwin Murray
Murray is a freelance illustrator in London, with major corporate clients including Toyota and the New York Times. Having designed prints including MF Doom and J Dilla, he says his Snoop Frog children’s book is dropping soon, although we suspect he was joking.

Arturo Torres
Torres deserves a place on this list for illustrating The Rap Yearbook, Shea Serrano’s upcoming book about the most important song every year in rap, alone. However, he also designs for the group Czarface.

Bro, Tupac is still alive. He just bought this book. He told Shea and I that if we get to 4,000 sales he would personally destroy justin beiber’s passport. He also mentioned dropping some new music during our book signings. Sooooo yeah, buy the book. A photo posted by Arturo Torres (@arturodraws) on May 19, 2015 at 6:11pm PDT

Ali Graham
Ali Graham has created a famous series illustrating Kanye West and other rappers as children. Graham’s 99 Problems book also attempts to tackle the hypothetical problems Jay Z might have been rapping about.

Mike Molloy
Mike is an award-winning illustrator working for himself out of NJ. His work has been featured in Juxtapoz and The Source, among many others. 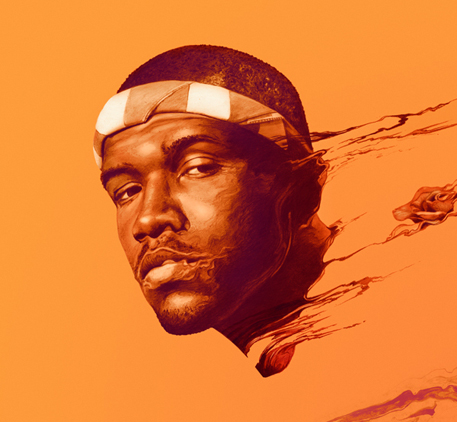