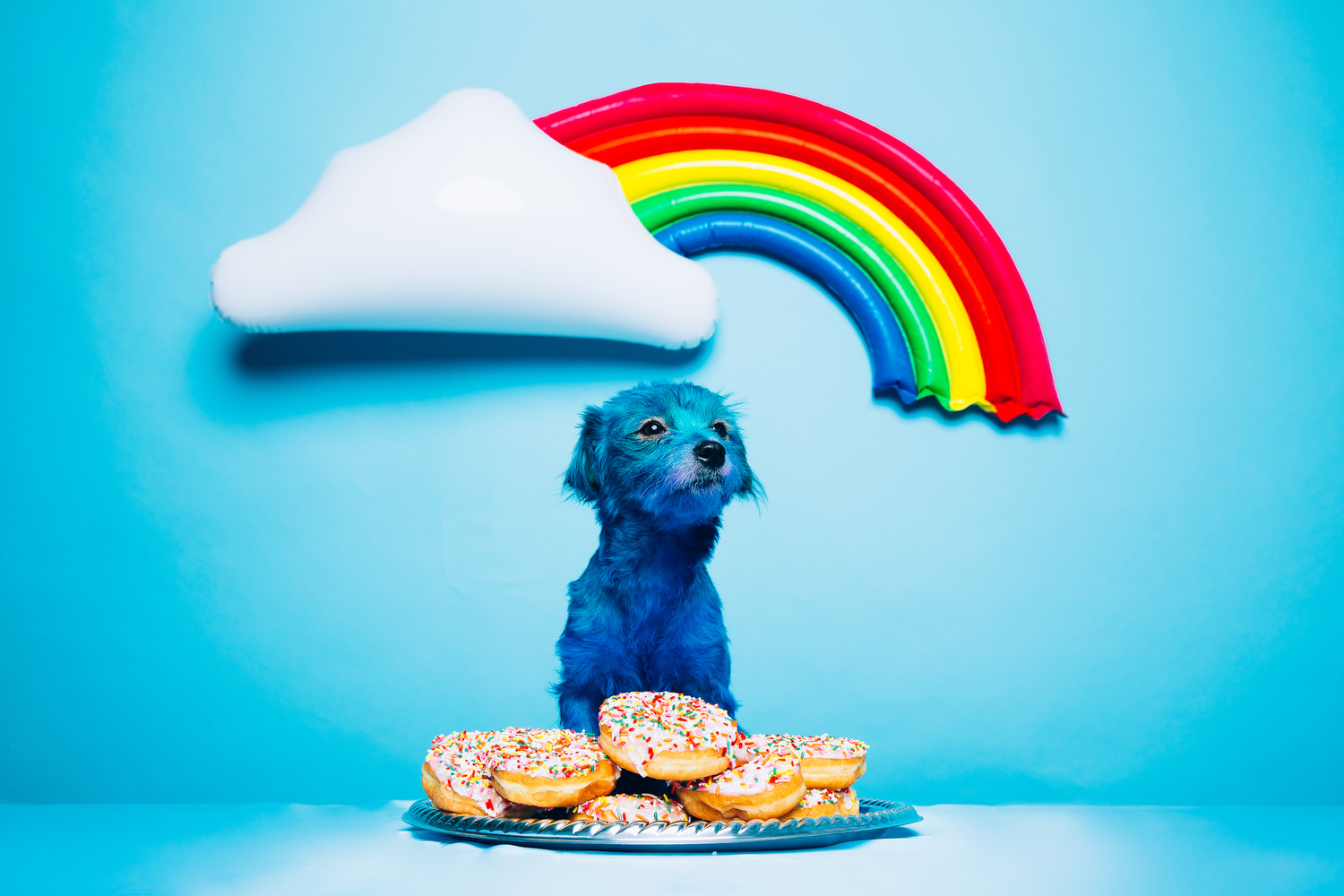 Jabari Jacobs Went From Assisting His Brother to Shooting Anderson Paak: Digging Through the Greats

I’ve been shooting for about three years. I didn’t study photography or anything. I kind of just learned everything on my own. My brother was a video director and he would basically need an assistant at certain times. So I kind of just did it because it’s my brother. Then, I just started learning about the camera through being on set. I started taking pictures of friends and began putting it on Tumblr and stuff like that. It kind of just took off from there.

A friend of mine has these two dogs named Malachi and Six Piece Nugget. She uses like this vegan dye and she just dyes them different colors. I’ve shot with those dogs maybe like at least five times. They work well because she dyes them. So she can change them in any color that I need her to change them to. That photo was like an extra photo from another photo-set. The idea was another monochromatic idea. I like a lot of monochromatic things. The rainbow behind him, I found at like the Fairfax Street Market in Los Angeles. I just wanted to figure out what would be the best way to use it and also, I wanted to do an iconic hero vibe. Like to have a little dog with all of those donuts, kind of like, “I’m on top of the world!” type of thing. That’s why the angle was kind of a little below and the way his face is up. It really kind of looks like, “I’m a hero and I accomplished everything that I need to do.” I just wanted everything to be monochromatic. So I already had the blue backdrop in the studio. I told her to just dye him blue. I had a blue table cover and I just got a bunch of donuts. 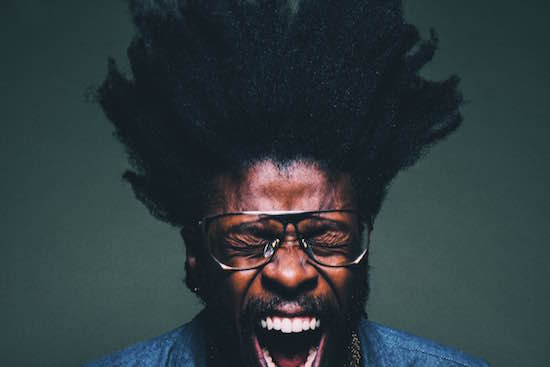 The story behind that is kind of random. He just reached out to me on Instagram through DM. He was like, “We should shoot.” I was a fan of him before.

So, when I shoot people, I just like them to be themselves, and he was being himself. He was like, “Yo. I should scream.” I was like, “… Go for it.” Then, he just screamed, loud as [anything]. That’s just how the shot came out. I just really liked the emotion behind it. It’s one of my favorite shots, actually. When I took it, I wasn’t too sure how it would come out. Then, when I took a look at it, it became, like, the hair, his face, and the expression. I’m like, “This is one of the dopest shots we took.” 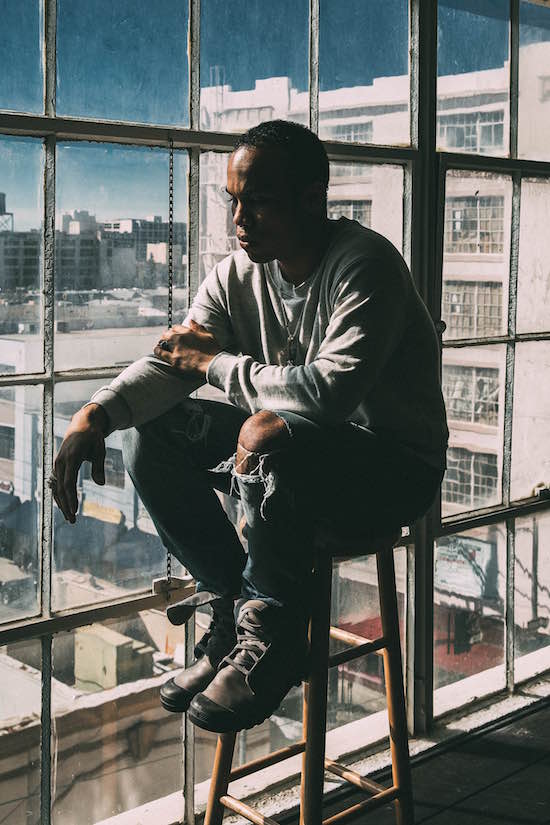 I’ve shot with him a couple of times. He’s a real good guy.

In the studio, they have those windows and I always wanna shoot something, but I never really have the idea for it. That day, I just felt inspired. Long story short, we ran out of looks … and I didn’t wanna redo a different outfit on different spots. So I was like, “I’ll just make a silhouette and I’ll make it dark,” so we can’t really see the clothes because we used those clothes for another look and it looked totally different.

That’s why it’s so dark, but it came out really well. I just really love dark photography. So it came together pretty organic. It was dope. 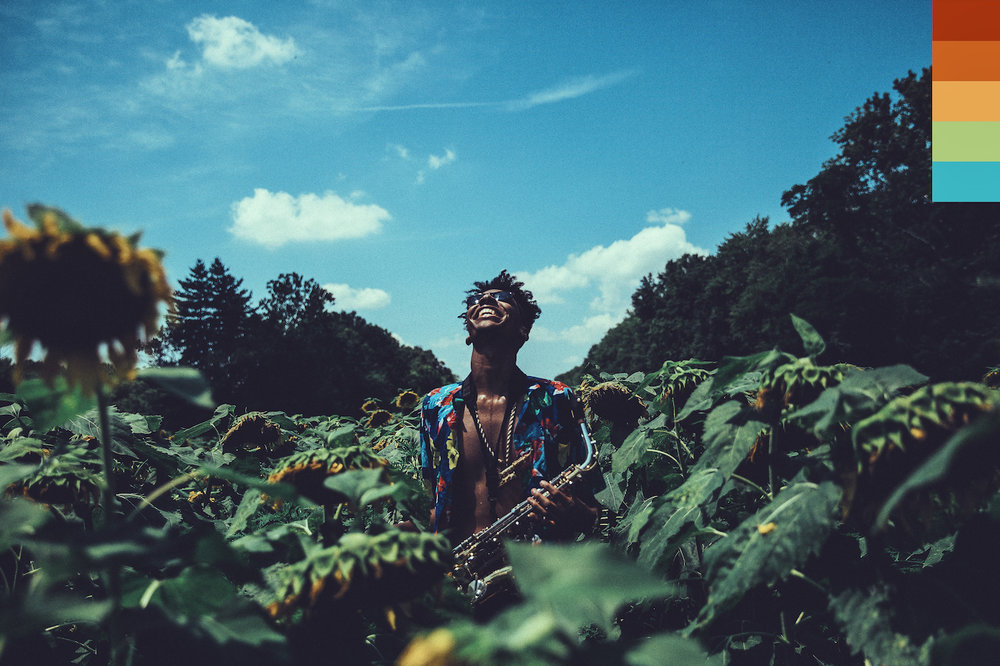 Basically, with that field, it only blooms like two weeks out the year. I first went to it in 2014 and I got some really good shots. Obviously, you get better over time and want to go back to the location.

In 2015, I missed it, so this year I put a reminder in my phone to remind myself when the field blooms. At this time, Masego just happened to be in Virginia; I saw on Snapchat that he was taking a break. I just hit him like, “Yo. Let’s link. There’s a field out in Maryland. It’s maybe like three hours away. Let’s just go out there and see what we can get.”

Iwanted to give it the feel of like, old-school, not ’70s, but you know, instrumentation is coming back in the music world.

I think that even though [at the time, the flowers] were dying, it came together well, it had a really nice look to it. It really was just perfect timing. 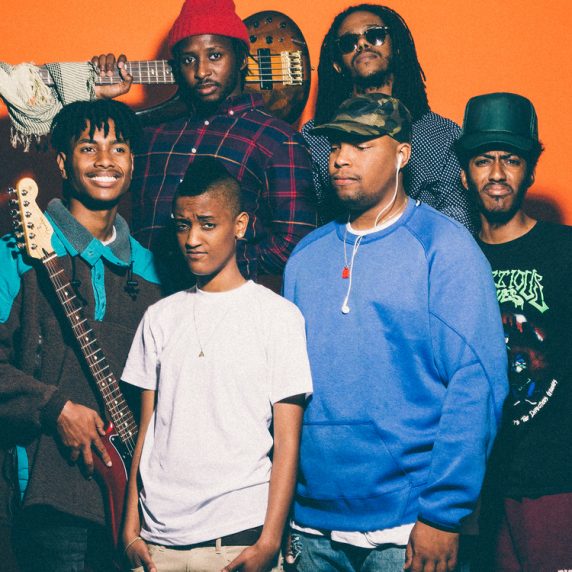 Syd was the first person I met from The Internet. I met her though a mutual friend, who was just like, “Yo. You’re dope. You should shoot Syd.” I’m like, “Yeah. I love her. I love her work. I love her music.” So, me and Syd shot and we just really got off really well. She was real chill. Then, a couple of months later, she randomly emailed me and was like, “Yo. Would you want to shoot our album cover?”

I went to link with her and that was when I met Matt. Basically, Matt already had the idea of how he wanted them set, as far as them being all in a row. He had drawn it out on a napkin while we were talking. We just ran off that and ran into the studio. We didn’t need a stylist or anything.

Whenever I shoot, especially with musicians, I always like them to just be themselves. So I’m really like, “Just bring what you have. Bring options. We’ll do both and see what works.” I had every color backdrop at the studio … and then we just fell in love with the orange.

That was the first time they shot the whole band [Matt’s idea]. They just wanted to figure out a way to make them all look good on the picture without them looking too crowded. It was a nice idea. 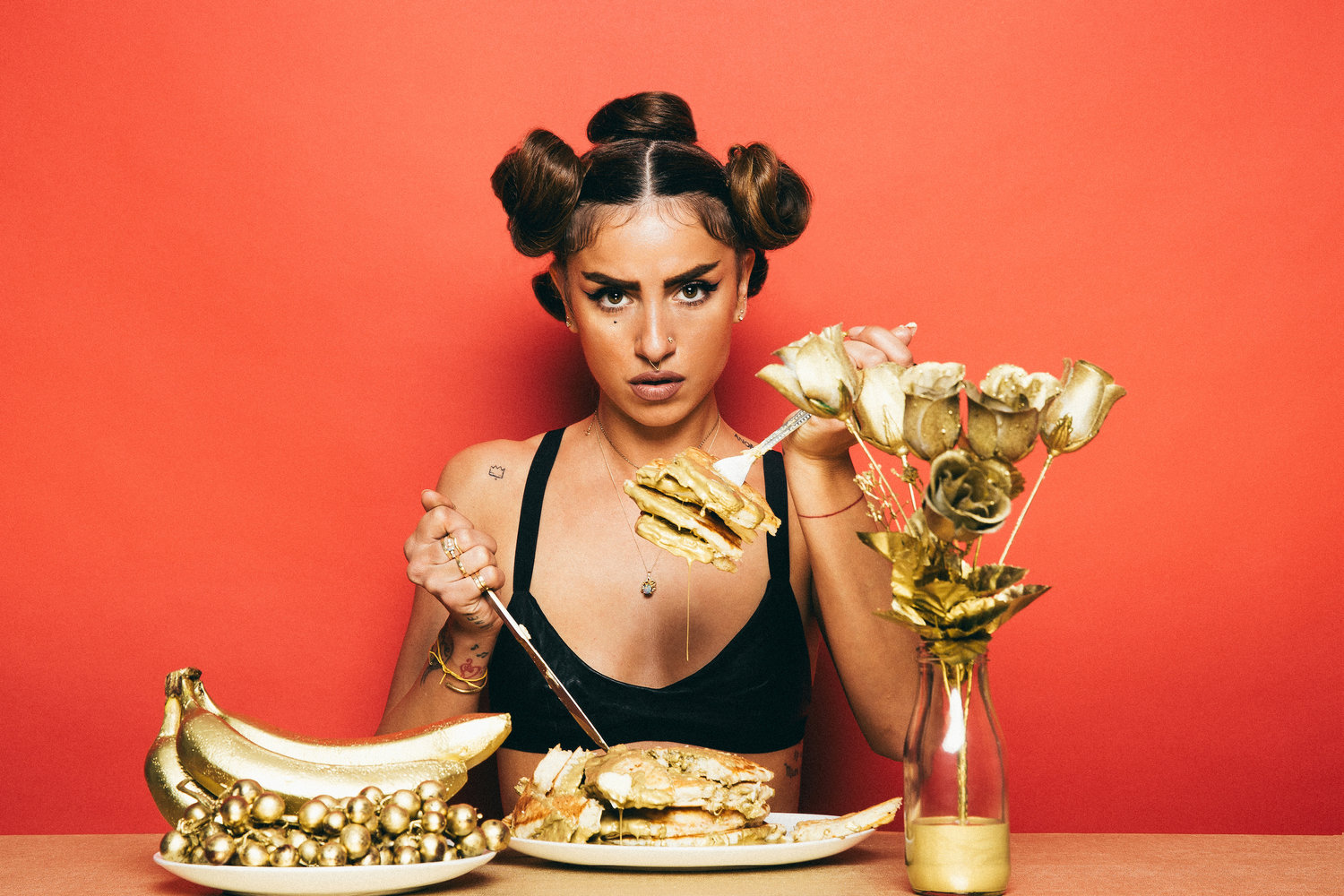 I did everything with my brother. We have a creative direction duo called Pink Dot Academy. We came up with the idea to just make everything monochromatic with the gold, and the pancakes. That idea actually was for Tyga, for a magazine. You know, he has the king gold chains? We were going to have  everything just gold. But because of scheduling purposes, the shoot never happened, and I just fell in love with the idea.

I went and got Marz. She’s a musician, also. She sings. We did everything ourselves; we spray-painted the grapes, the bananas, and I made the pancakes the morning of—all gold and everything. We just wanted to come up with something that would be visually appealing and something that would be pretty dope for a rapper to do, but it didn’t happen like that. I actually like it better this way, especially with the way her make-up was done. Her overall look just brought something different, that I didn’t see when I initially came up with the idea.gold. But because of scheduling purposes, the shoot never happened, and I just fell in love with the idea.

I went and got Marz. She’s a musician, also. She sings. We did everything ourselves; we spray-painted the grapes, the bananas, and I made the pancakes the morning of—all gold and everything. We just wanted to come up with something that would be visually appealing and something that would be pretty dope for a rapper to do, but it didn’t happen like that. I actually like it better this way, especially with the way her make-up was done. Her overall look just brought something different, that I didn’t see when I initially came up with the idea.

#COURTSIDECOLLECTION Digging Through the Greats