“I Care About Form and Color, Not Hashtags”—Joshua Aronson, Digging Through the Greats

My name is Joshua Aronson. I’m a Toronto-born, Miami-raised photographer. I direct music videos, too. I behave, live and work like an artist, though I’d never call myself one. Titles like “artist” are for museums and magazines; I just focus on the work, quality imagery.

I got started around 16, photographing my friends and shooting music videos in Miami. I had friends who rapped, so we would try new things. Very recently, though, I decided I wanted to do more.

A lot of photographers today focus on likes and retweets. That’s not me. To me, great imagery requires patience. I care about form and color, not hashtags and reblogs. I take my time with things. With the work, it’s never my intention to say, “I hang out with these rappers” or “Hey, I photographed so-and-so; I’m chilling with X celebrity.” I’ve always strayed away from celebrity. It’s just a photo of somebody famous; you could have taken it yourself. What’s important to me is that someone can look at that photo and feel something. To me, that’s photography. 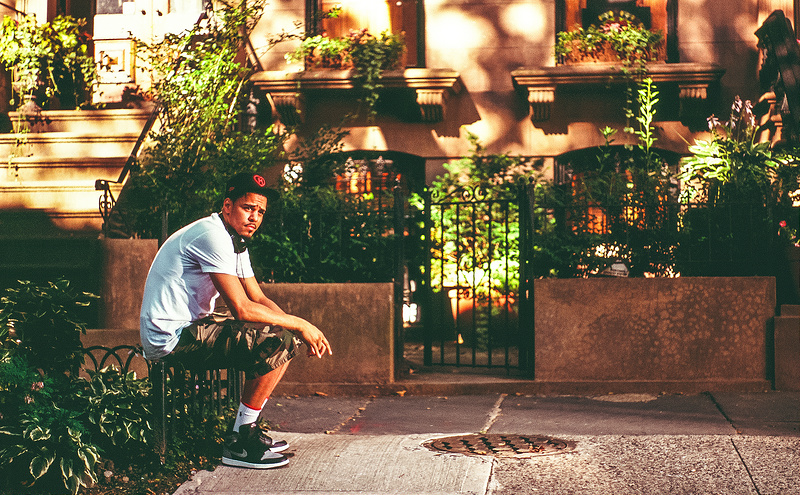 In this moment I was shadowing Joshua Sobel and Aristotle Torres, two music video directors in New York. Aristotle worked with Cole on his first project out of their dorm room at St. John’s University, so it only made sense they would re-link to shoot a video.

Allow me to paint the scene: it’s Brooklyn, it’s summer, it’s hot. A fire hydrant is gushing water, kids are dancing in the street, and J. Cole—hip-hop’s gentle giant—is happy. He’s on the set of his new music video, and I’m grabbing his attention here and there for a photo between takes. To this day, he’s arguably one of the nicest guys I’ve met: soft-spoken, expressive and friendly. This photo brings back great memories. 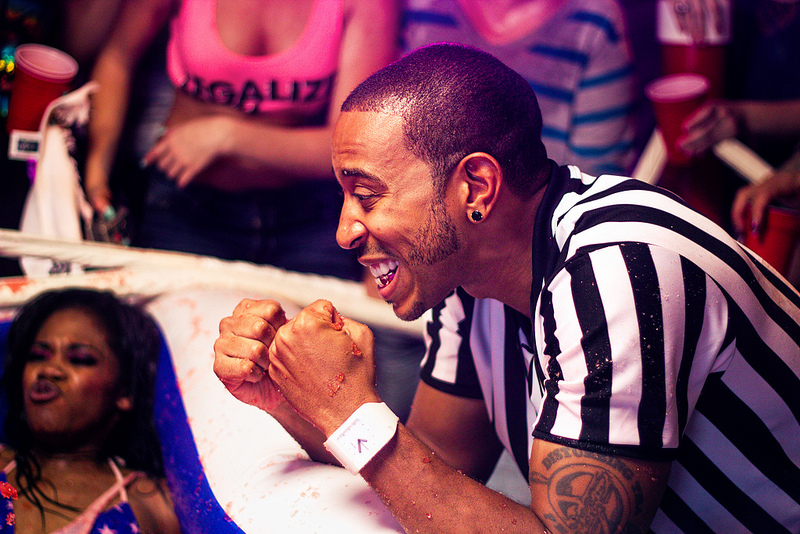 Ludacris is an exemplary member of the hip-hop community: respectful, considerate, takes himself seriously. Once again, I was shadowing music video directors Joshua Sobel and Aristotle Torres when Luda flew us down from New York to shoot the video for his single “Jingalin,’” directed by Aristotle. Two nights, three days, and one hundred extras at a mansion in Atlanta watching Luda coach Jell-O-wrestling. In between takes, I would pull him aside for a photo. This is one of my favorites—you can really feel the Jell-O slipping. 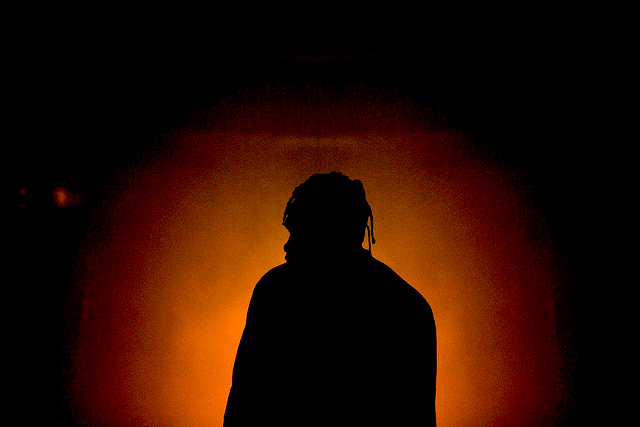 Meeting Travis Scott was always a dream for me. I left my apartment in Chicago that day with nothing but a camera and my ticket to the night show—no press pass or means of backstage entry. Chicago venues don’t even allow cameras, so I’d either be tossing mine or getting extremely lucky. I happened to run into Easy, Travis’ homie, who manages RSVP Gallery, and asked if he could sneak me in. Easy let me hang backstage but “only for a few photos”–man, was I lucky. Travis and I kicked it all night. We spoke about his shows, the movies I wanted us to make, and the thesis I was writing about his Rodeo Tour ads. Travis is a true rock star and a ball of energy—a photographer’s treat. 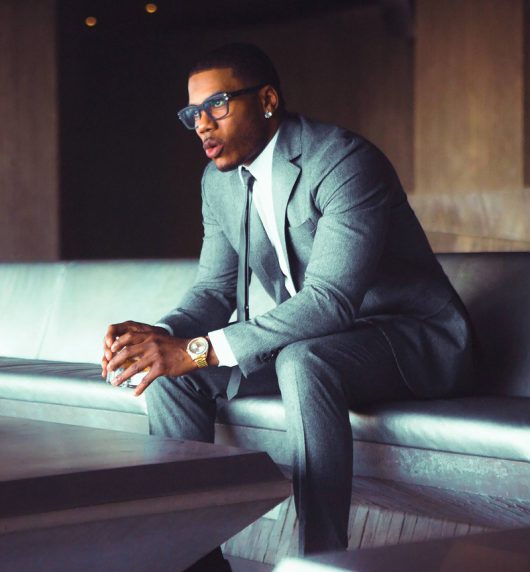 Taking a ride with Nelly in the back of a Benz-E was a fantasy. I photographed him during a shoot for The Fix at the Sheats Goldstein house. Checklist: complete. We were laughing, telling jokes, screaming—Nelly’s a ball of joy. After the shoot, he asked what my friends and I were doing, and I told him the truth: We were riding through the hills bumping old school Nelly. Without hesitation, he hopped in the backseat. It felt like a moment from the video for “Ride Wit Me.” Only this was LA, not St. Louis, so I was driving a Prius, not a Benz-E… obviously. 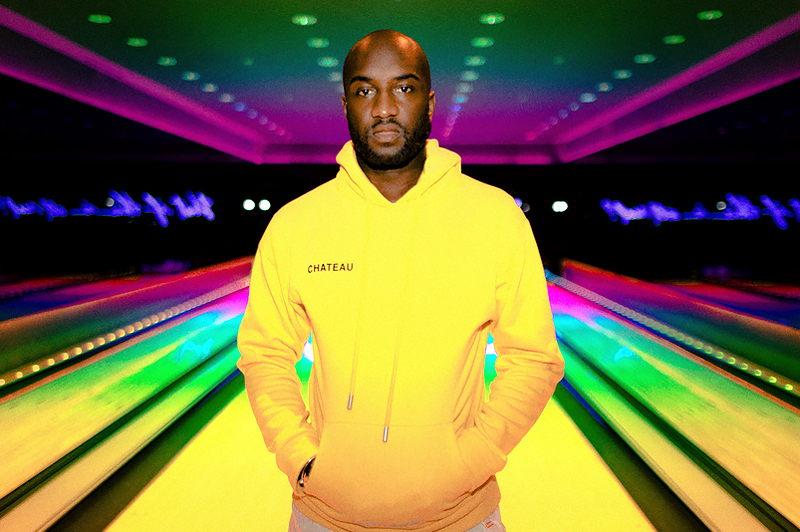 Bowling with Virgil Abloh was the ideal way to end 2016. After a crab-boil-to-end-all-crab-boils at the No Vacancy Inn x Know-Wave retreat in Miami, we drove over to Basement, where Virgil was playing a set alongside Denim Tears, A$AP Bari, and Benji B (only at Art Basel…). I approached Virgil afterwards and asked if he wouldn’t mind doing a shoot with me. Virgil is the best. He is totally for the kids. Our little shoot ended up blossoming into something more, and I’m excited to say that Virgil and I have more photo work coming in 2017.