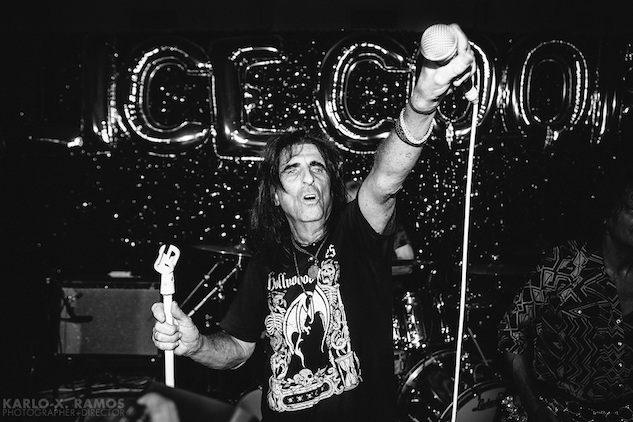 This show was actually the spark of a quick reunion tour of the original Alice Cooper band. It all happened at Good Records. There was a book signing by Dennis [Dunaway], the bassist of the band, who wrote an autobiography talking about the band. During the signing there was to be a performance, and when they set up the equipment to play, there was a microphone. There was a lot of speculation about who was going to sing and perform the songs. All of a sudden Alice Cooper pops out of the back, from the store’s storage room, and he grabs the mic and they start jamming all the classics. It was amazing. There were only 200 people in the store, and the doors were shut so no one could go in or out. Whoever was there got the treat of their lifetime. It was a “We’re not worthy” type of moment.