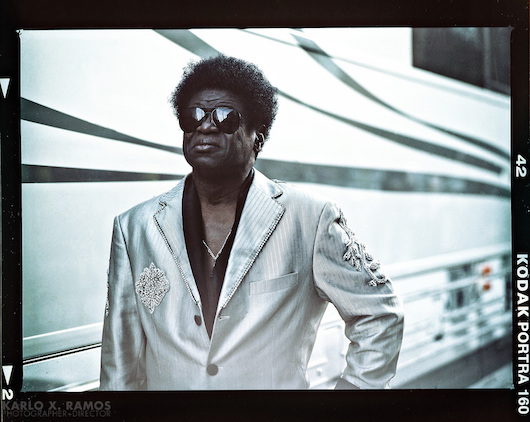 I shot this on film. I try to do some of my work on digital, but whenever I can, I try to bring a film camera so that that way I have a physical document. I think Charles Bradley is great – from the get-go his story was fantastic, from being an impersonator to making his own music – and I got lucky because the people who were putting the show together allowed me five minutes with him. It was on the walk from his bus to the venue – that’s all I had – and during that time I talked to him a little bit to establish a rapport. After that I shot the show, and after that he came down to crowd and started hugging everybody. He’s one of the artists where you just feel it – he says “I love you” and you say “OK, I love you, too, man,” and it’s for real.