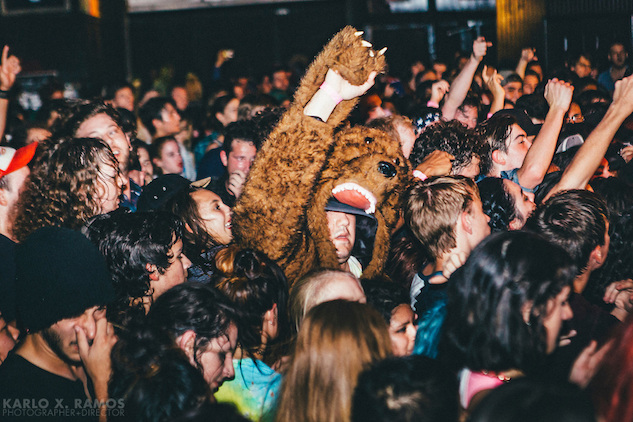 This photo actually got featured in Instagram’s music feed. It was during a FIDLAR show. It’s Texas, so it’s really, really hot, and to see a guy in a bear suit in the middle of the crowd was really something out of the norm. That caught my attention. Usually whenever I shoot pictures I try to make a nice mix between what the crowd looks like and the artist’s performance. The show goes both ways. That was at Club Dada in Dallas.