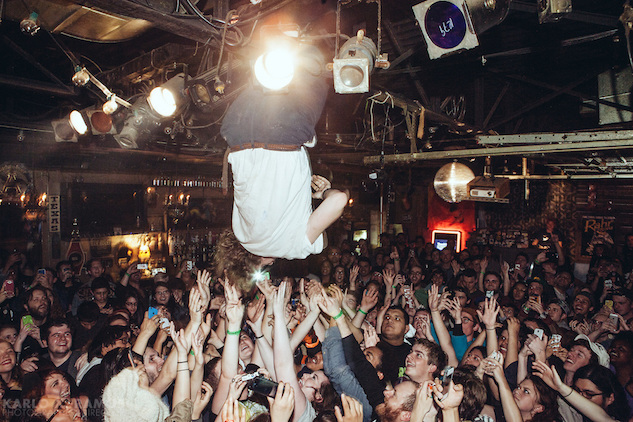 I shot that in Fort Worth, in a club called Lola’s. It was probably two years ago, during one of those last tours where DeMarco played small clubs before he blew up. The club was packed with kids and I knew beforehand that he takes it to the crowd, especially during the last songs.

He dived into the crowd, and the crowd took him around the club, and he started spotting these beams on the ceiling. He started working the beams until that moment, when he made himself completely vertical.

I spotted the right moment, jumped on stage, and took the picture.