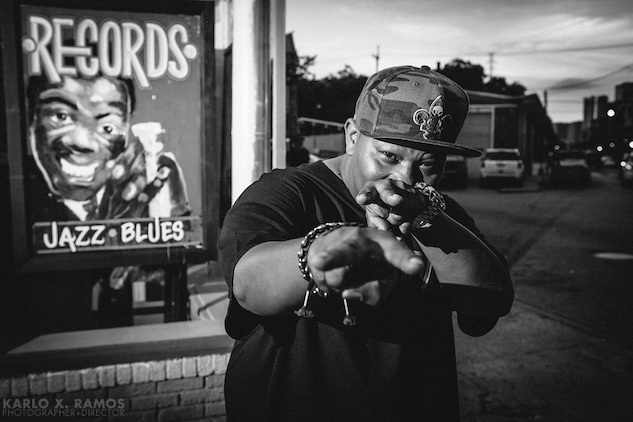 I was shooting an event called "The Mind of Mannie Fresh." It was pretty much a tribute show to him.

This happened at the Maison in the French Quarter of New Orleans. It was a quick shoot, but he was a gentleman. Before we shot, he was eating something and invited me to eat with him. He was really nice and wanted to share.

When we were shooting, we were out in the street, pretty close to the venue, but people were honking and passersby were shouting at him. He was a hometown hero, and in a way, that made it hard to shoot. Imagine going out with the mayor of the town and you need a photo shoot, and people are hooting and hollering and wanting selfies. It was mad.