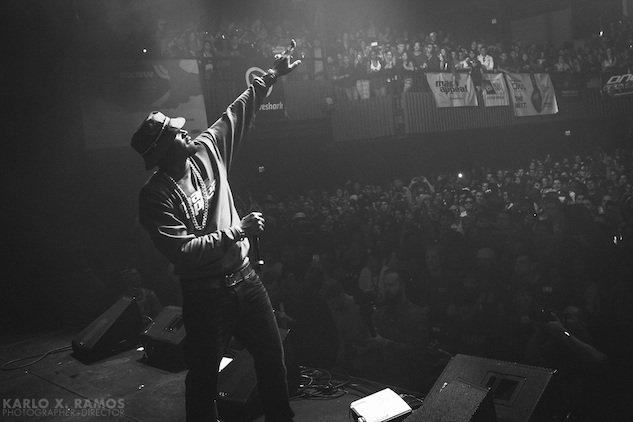 Nas was performing Illmatic that night, top to bottom. It was two years ago at Mass Appeal’s SXSW takeover. People were really, really excited for him, and when he started performing the classics people lost it. He was overjoyed, too. What I wanted to capture was him giving himself to crowd, pointing at people, pointing at the immensity of the crowd. I should have gone with a wider shot, but I was pretty close to him on the stage so I couldn’t make that happen. In the other photos I got, you can see him smiling and reminiscing.