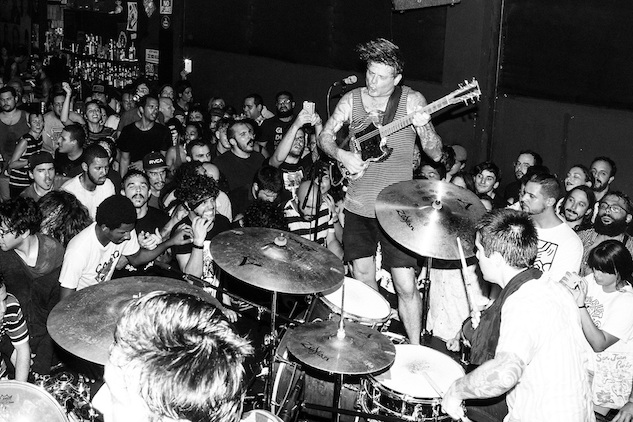 This was in Club 77 in San Juan, Puerto Rico. That show was an oven. People were sweating bullets. There was even condensation on the roof from all that sweat. I know it sounds nasty, but it was like that. Thee Oh Sees brought the house down. They played with double drums. [John Dwyer] was really kind to the people of Puerto Rico. He stayed at my friend’s house, which is how I got to shoot them.

Club 77 is a notorious punk club in Puerto Rico. A lot of local bands play there as well. The club’s fairly young – five years or so – and it’s making waves in the punk scene over there.