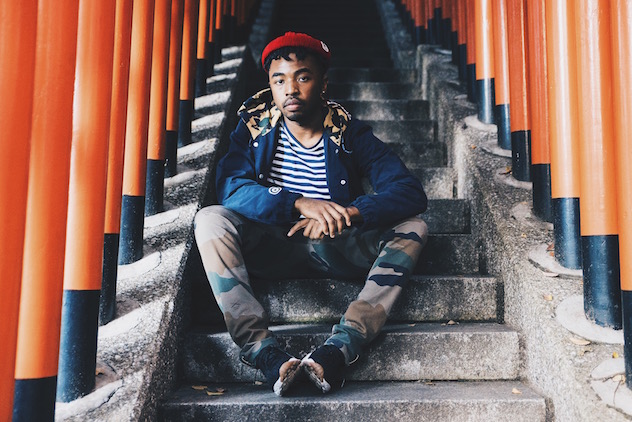 There are quite a few rap fans that don’t know who King Mez is, even though the Carolina MC has a Grammy nomination, and has been in the studio with Dr. Dre, Kanye West, and Puff Daddy (all in one year).

“I don’t think I’ve ever showed my personality in my music,” Mez says. “People fall in love with a lot of artists who aren’t even great artists, but they have great personalities. That’s part of the package.”

Well, here is the package: Mez is a Southern boy who loves mashed potatoes with gravy and syrupy sweet tea. Where he’s from, people don’t walk past without saying hello. Born Morris Wayne Ricks II on a military base half in Kentucky, half in Tennessee, Mez lived in Baltimore with his grandmother for his first few years while his parents served in the Army overseas in Panama and Saudi Arabia.

These days, when he’s not calling the shots in the studio (he referenced and guided all of Dre’s vocals on Compton and was the one who recommended dropping the album’s original intro, which featured R. Kelly singing a rendition of Sam Cooke’s “A Change Is Gonna Come”), he’s building model toys in his LA home. And with an EP on the way in late February featuring production from DJ Dahi and Cardo, it’s time the world finally gets to know Morris.

“It’s starting,” Mez says of his burgeoning fame. “I’ll be out in LA and I’ll see somebody looking at me, and it’s like ‘Does this person want to steal my coat?’ And then they’ll be like, ‘Oh, that’s Mez.’ I’m just getting used to it.”

It was Cole, whom Mez has known since around 2011, who gave him a place to stay during his first week in LA. “With him, it’s just this grounded circle of people. Every time I see them, they’re the same. That’s the way it’s supposed to be. When I was in Carolina, I went to hoop, and I hit him up and told him I was playing, and he came by himself. He’s just an honest person. That’s inspirational to me.”

Despite attracting interest from The Beastie Boys and Eminem, Mez admits he’d still be shy around his favorite rapper, Nas.

… But he still can’t get Dre’s autograph.

“Honestly, I’ve been trying to get him to sign my Compton album so I can hang it on the wall, and he’ll go ‘I don’t even know what to say to you that would make sense; you were so helpful,'” says Mez. While he was in disbelief recording ‘Satisfiction’ in the studio with Snoop, Mez says Dre told him, “You’re in here writing all these songs—you’re just as valuable as we are.'”

While working on The Life of Pablo with Kanye West, Mez gave insight worthy enough for ‘Ye to write it down.

“Kanye made College Dropout and created a concept, and he shined in his own world. If you put him on somebody else’s song, he’ll be good, but not amazing like how he is in his world … Me and Kanye were in the studio talking about this, and when I said it to him, he was taken aback. He was like, ‘Wow, I’m about to write that down.’”

In his free time, Mez is a nerd.

“If you come to my house, I might be putting together models, listening to Jeezy,” Mez says. He also loves Japanese anime and is learning the language. As for his current favorite anime: “I just watched One-Punch; that was legendary. Gundam is my favorite of all time, though,” Mez says. He’s also well versed in the history of the Transformers animated series and is super excited for Batman v. Superman: Dawn of Justice, deeming it DC Comics’ chance to finally one-up Marvel. 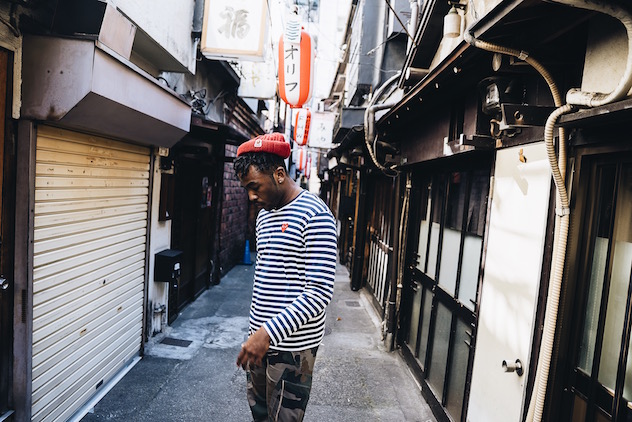 Though he’s worked with ‘Ye, Mez missed out on the Yeezy Boosts just like the rest of us.

“The day we were in the studio, somebody’s manager said something like, ‘Man, y’all got any Yeezys?’” says Mez. “[Kanye] was like, ‘We don’t have any on us right now, but we would give all of y’all Yeezys if we had some in the studio.’ I was like ‘Dang, I came on the wrong day. I would’ve been lit.” An admitted sneaker fan, Mez already has Kanye’s Nike Air Yeezy 1 and 2 in his collection (he sold his first pair of Yeezys to fund his first mixtape—a confession that even excited Kanye). And just like a true sneakerhead, Mez gets his kicks sent early, naming the classic OG Jordan Infrared 6s as his fave.

“Watching Macklemore was kind of crazy—I don’t listen to his music like that, honestly, but I heard from people I know in Seattle that said he was always around and was just a person that got looked over, over and over again. He was just diligent and consistent, and raised the level of his music videos and the concepts of his songs. Something about that persistence is special to me.”

According to him, true artistic genius is discovered with balance.

“It’s a blessing to be able to be a storyteller, but it’s genius to know when to scale it back and find the balance between the two,” says Mez. “That’s Kanye. That’s Drake. If Drake wanted to, maybe he could rap like ‘0 to 100’ all the time. There’s people that get mad when he sings. The choice in balancing the two, that’s where brilliance comes into play.

“When it’s all said and done, I might go back and design a car or something. I already want to invest in businesses, for sure. I already have an investment portfolio—I have money in technologies. I’m not one of these other dudes.”