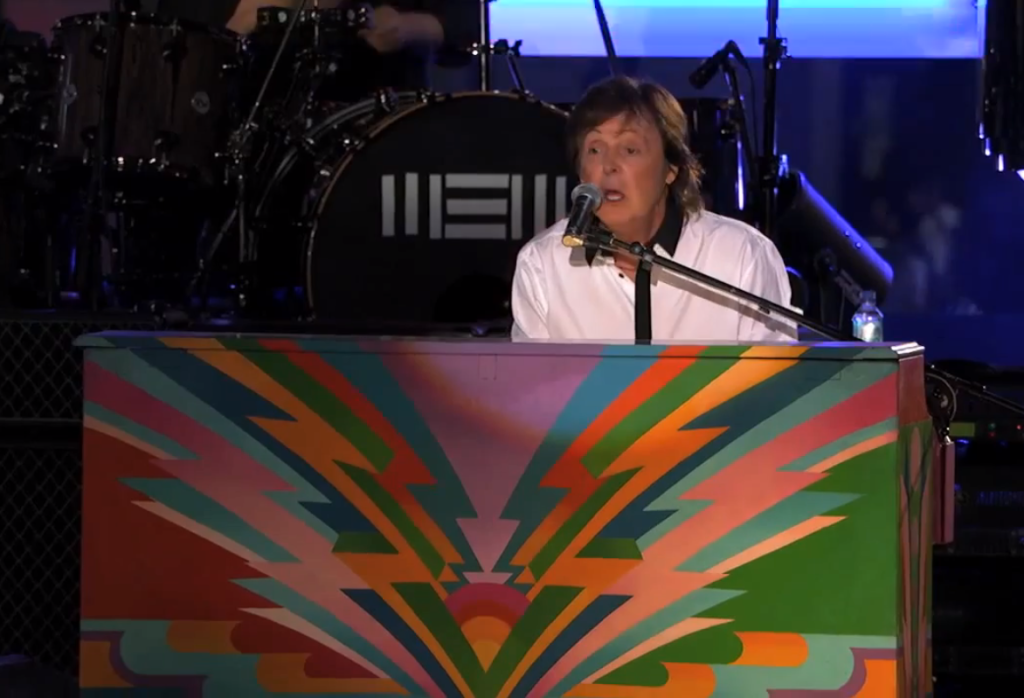 Sir Paul McCartney performed The Beatles’ hit “Lady Madonna” on Jimmy Kimmel Live this week. His performance was part of Los Angeles’ week-long Feast of San Gennaro on Hollywood Boulevard, which was started in 2002 by the show’s host, his former co-host of The Man Show Adam Corolla, and one of his executive producers.