Last week, Atlanta-native mumble rapper Lil Yachty surprise-dropped his debut mixtape, Lil Boat. Fans flipped over the tape’s cover art, which shows Yachty—infamous red hair beads and all—in a canoe on a foggy lake, captioned with the coordinates of his home city. It was incredibly on-brand, as Lil Yachty’s entire ethos is centered on nautical themes: he wears almost exclusively vintage Nautica, sampled a scene from Finding Nemo in one of his songs, refers to his creative crew as the Sailing Team, while his fans call themselves his sailors.

To get the Cover Story behind Lil Boat’s cover, we spoke with its designer, Mihailo Andic, who has also created visuals for Toronto artists SAFE, Derek Wise, Lais, and a handful of others.

How did your relationship with Lil Yachty begin?
Usually, I start off my day looking through blogs that have to do with design to get visual inspiration. I didn’t really familiarize myself with Lil Yachty’s music at the time I came up with the idea for his cover; I only knew a couple of songs. I stumbled upon this Tumblr that used a bunch of nautical and boat-themed imagery, though, and I thought it’d a great idea to pitch a cover to his management team: Yachty, on a boat, in the middle of nowhere. I thought it could be used for an album cover or some other kind of visual branding element. I presented the idea, and they sent me back an email telling me they loved it and wanted to use it.

How was the cover made?
A few weeks leading up to the release, we hopped on a phone call and talked about how we were going to construct the cover. My whole style uses retouching and superimposing photos to make them look as one. With this one, the question was: Can we get a photo of Yachty’s body where he’s on the perfect angle we’re looking for?

In the original pitch cover, I took images from the Internet or ones I’ve saved over time and retouched them to make it look like Yachty. But once I met with him, his photographer, and his manager, we laid out the game plan of how we wanted to shoot him. We tried a bunch of different angles and poses, and once we got the perfect one, I took a bunch of photos and stock images I’ve had saved and retouched them to create what you finally see. A lot of retouching was the magic that made it what it was. 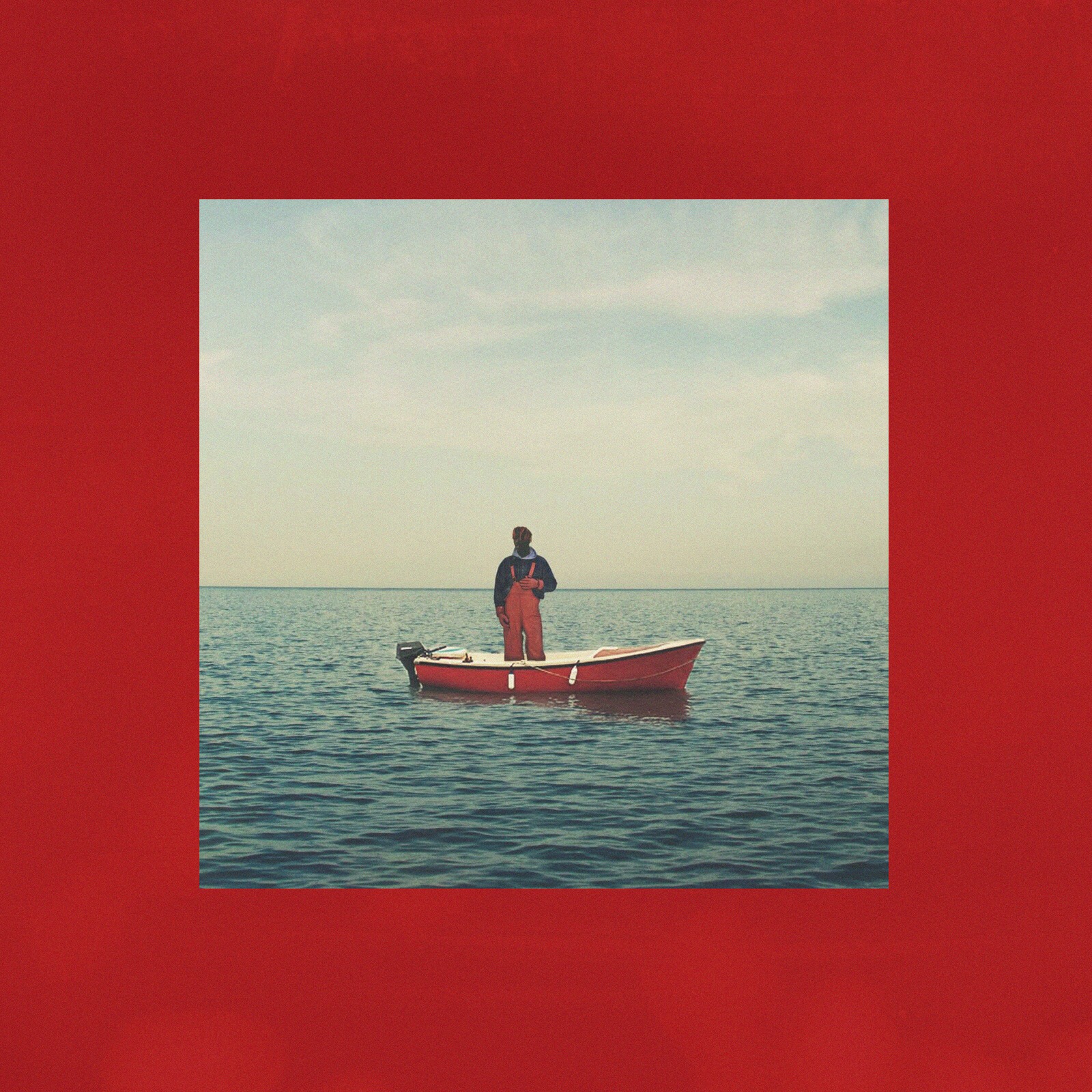 Once it was finished, I wasn’t really happy with the texture, so last minute, I was scrambling to find that final touch that would give it that vintage, nautical feel. I found an image on Tumblr that had this grainy texture to it, and it was beautiful, so I used that as a reference to create the layer or grunginess that you see on the final cover.

How long did it take?
Once I had the image of Yachty and got all the surrounding assets, the initial cover took about 48 hours to create.

Whose idea was it to include the coordinates at the bottom of the cover?
Funny thing about that. We were three hours away from release, and we were talking on the phone when I was in my mind thinking about how his whole brand is surrounded by this boat lifestyle, and I thought it’d be a great idea to put the longitude and latitude of Atlanta on the cover. It got people interacting with it, wondering what the coordinates mean and researching to find that they point to Atlanta.

Did you feel a lot of pressure?
To be honest, everyone that I choose to work with or collaborate with, it comes naturally, and I feel as though we treat each other as family. If we’re going to work together, let’s bounce ideas back and forth, not bring ideas down right away, and collaborate.