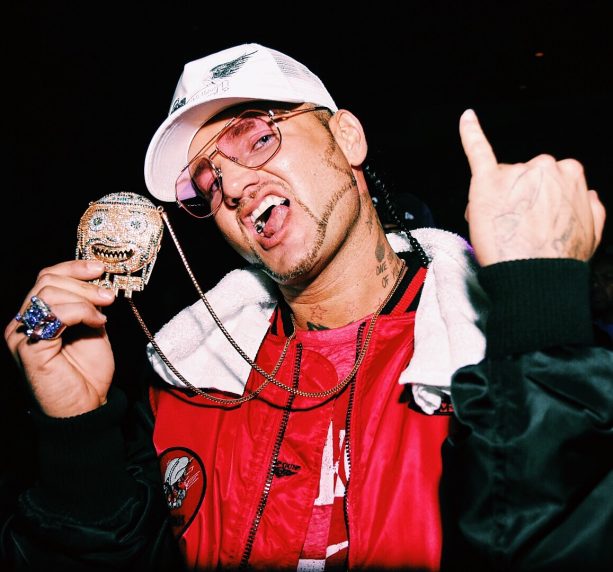 Waka Flocka Told Him He Was Too Legit to Quit: Meez Lateef, Digging Through the Greats

My name’s Meez Lateef and I’m from Pittsburgh.

I went to school for engineering and I hated it. I was good, but I hated it, and I was gonna join the armed forces, and my mom was in the Navy, and she was like, “That’s just not a good idea. … You have family in film, so you might as well just do film.” But I wanted to mix some sort of music element with it.

Riff Raff did a show in my hometown, and one of the openers on the show hit me up. They were like, “Yo we really want you to come out and take pictures of our set, but we don’t have a budget.”

I was like, “That’s cool, just put me on the list for a media pass, so that I could take pictures of Riff,” ‘cause I was a huge fan of Riff at the time; I liked his image, I liked his music, it just seemed cool.

He asked us to come to the next shows with him, and ever since then we’ve just kinda been stickin’ with him. 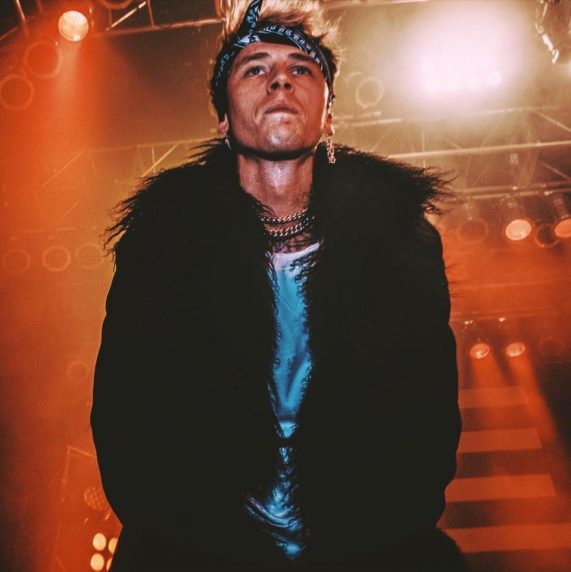 So, we drove up to Cleveland, I shot that show, and I knew he kinds had a rock-star image thing—I didn’t really know much about MGK. I just knew a few of his songs and I knew his career was really taking off.

I liked his energy though. It was actually one of the best shows I’ve ever seen. I tried something different with that show; I tried to make it look like more rock-star-ish.

That was right when he dropped that new song that’s out now, “Bad Things.” It was his homecoming show in Cleveland. 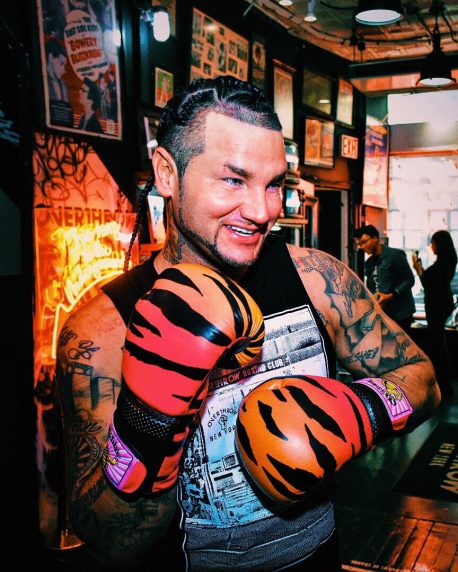 Yeah, so that was October 2016. It’s one of my favorite pictures I’ve ever taken, because it’s just so Riff.

He had no idea what the interview was about. We pull up, and he’s like, “Wait, why are we in a boxing gym?” And then we all just got quiet and looked at each other, and he was like, “Nobody’s talking, what is this?” And I was like, “Oh, you’re about to work out with like a world-class woman boxer, like she won seven championships or something crazy like that.”

They gave him different boxing gloves originally, and he was like, “No, I want the tiger ones.” 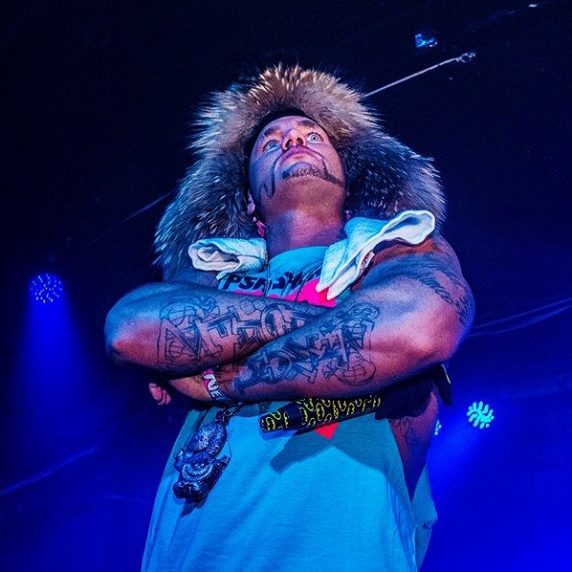 That was the first show I ever shot of him, in 2014. It was in Pittsburgh, at a venue called Altar Bar. I shot Waka there, I shot Kevin Gates there, like a whole bunch of people came there, and the city actually closed it down.
I posted one photo on Twitter, and he retweeted it, and I got like, 500 retweets or something off of it. There was so much positive feedback from fans—when you put something out there on the internet, you never know how it’s gonna go.

I actually posted it on Instagram today, and just put a big caption about it, and some fan commented like, “This is literally my most favorite picture I’ve ever seen from a show.” I was like, “Oh, that’s cool.” 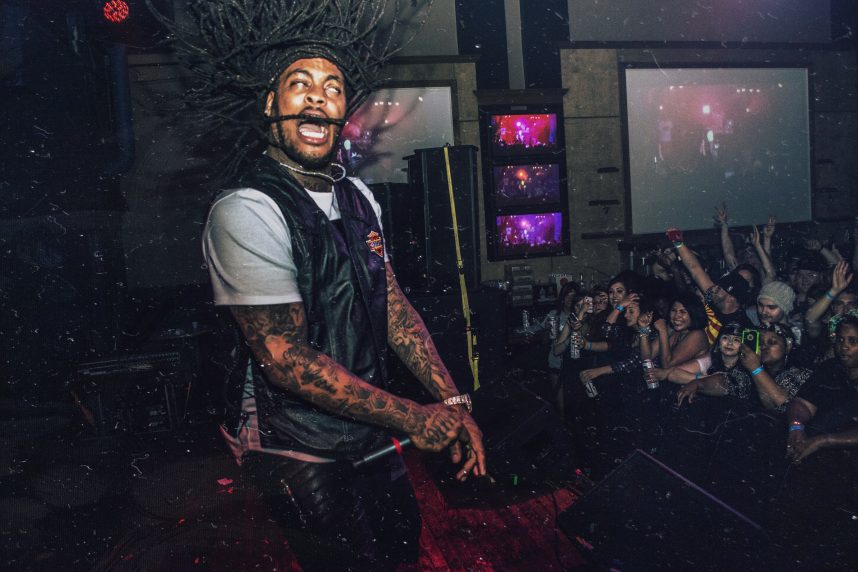 That was actually at Altar Bar too. I wasn’t touring or anything like that yet, but at that point, in that week, I shot Waka, Kevin Gates, Lil’ Debbie, Mod Sun, T.I. and I wanna say one other person, but I was super burnt-out that week. I just felt like giving up, basically, and I told Waka, actually.

He’s like, “These are awesome,” and I was like, “Thanks. So you’re probably gonna be the last show that I shoot though,” and he was like, “What do you mean?”

I talked to Waka for like 45 minutes in the greenroom. He was just like, “Dude you’re gonna be great, this stuff is awesome, you’re gonna be great, bro, don’t give up,” and that was like a real big turning point in my career. Because Waka Flocka telling you not to give up because you’re dope is a really cool thing. And he actually used that picture for his single artwork for his album.

Yeah, it was awesome. He posted a lot of my work, he gave me his personal contact. He basically told me to reach out whenever.