How Will New York Rap Survive The Trap Era? With Dave East

When the protégé of veteran MC Nas finally emerges from  rush hour traffic, movement halts and staffers immediately meet him for a briefing. Flanked by two friends, East sits and prepares to talk, finding a comfortable fit for his long legs under the table. A hooded sweater under a varsity jacket, a snapback, and expressive hand movements hint at East Harlem swagger.

East embodies “Old New York,” before the tight jeans era. His rhymes recall a time before AutoTune, during the late ’90s’ dark age of bass-blasting cars and The Tunnel. He also often features local beloved greats like Jadakiss and Styles P. Though East respects the new wave of hip-hop and even listens to artists like Future and Migos, he is not that.

“When I go to other cities, they’re reppin’ their artists,” East says. “When you come to New York, they’re playing those artists. There may be one or two New York artists you hear regularly.”

Thus it meant everything to Dave East to have legendary DJ Funkmaster Flex play his music. “I know he was excited to play it because remember Flex was playing ‘Who Shot Ya’ and was breaking all of those records?” says East. “Once he did that, my phone was going crazy because that’s who everybody knows for premiering records; that’s who people really pay attention to as far as New York goes. I’m unknown really, and he was playing my records like they were new Drake joints,” he says. “I’m from New York, so I have to go through Flex. As far as radio, I needed that.” 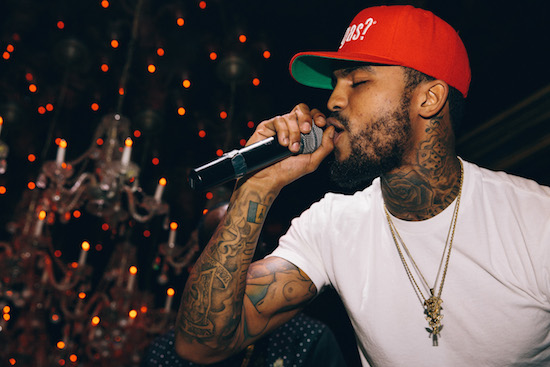 There’s also that co-sign from Nas. “As far as the city goes, this is my opinion, I don’t care what anybody thinks about it: If it ain’t Jay Z or Nas, it’s whatever,” East says. “Those two are the only two who I feel like can really change your life because of the respect they’ve gained for themselves.” For East, the Nas stamp was an extension of love that he never imagined, to say the least.

In a world now obsessed with the trap era, it’s hard for New York ruggedness. Lucky for us fans of that sound, Dave East has been chosen as the people’s brazen leader, here to bring New York’s gritty streets back to the world.

Rap what you know, not what’s trending.

“I can wake up in the morning and throw Cam’s S.D.E. on or some old ‘Kiss, and it still sounds harder than what’s out today,” says East. “I touch on topics that are going on today in my life and the people I’m around. Once I’m touring, I’m going to rap a little different and the topics are going to be a little different, but I’m talking from what I see every day.”

Don’t be afraid to be complex.

“No disrespect to none of those dudes that’s making that other music because they’re winning with it, that’s the climate of the game right now, that’s what’s lit,” East says, “but that real hard music that makes you say ‘Yo, run that back,’ that’s what’s missing.” The 27-year-old recalls a time when it was standard to rewind verses to hear mind-blowing bars, and that’s what he wants to restore. “You can’t just go through ‘Kiss’s music and just play it through—you’re going to miss some stuff,” East says. “You can play the Drake and Future stuff straight through—and they’re both hot artists—but as far as really breaking down what they’re saying, they spell it out to you. You listen to it one time and you can say it back, word for word, and it’s winning,” he says, admitting that he is a fan of both. As a result, East feels like there needs to be a balance between the hard lyrics and the more digestible content. “Each time you listen to Hate Me Now, you’re going to hear or catch something new, and you’re going to put it together later,” he says. “I feel like that’s what makes timeless music.”

“I want it to be a soundtrack to a dude’s life. I’m talking to the dudes that can’t throw a hundred thousand in the club or cop the Bentley when they want. It’s more of them than rich people,” East says. As for reaching fans of “trap” rap with a different kind of content, East looks to Kendrick Lamar. “Kendrick doesn’t sound anything like YG, and that DJ Mustard sound was in demand and killing the West Coast,” East says. “He’s touching on real topics, and he made radio go to him; he didn’t make radio music.”

“We’re in a world where a lot of people are scared to be themselves now and they just jump on bandwagons,” East says. “I can’t do that.” 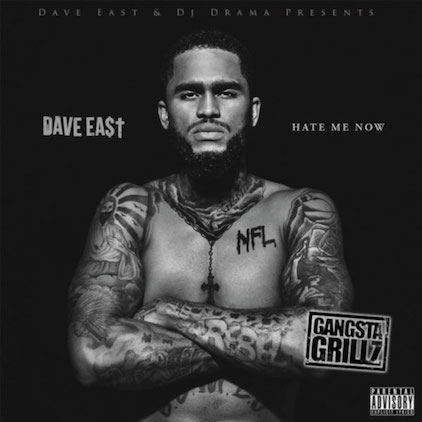 “I don’t rush nothing; you can’t rush greatness. It’ll happen when it’s supposed to happen,” he says. “I started rapping seriously in 2010, going into 2011, and I put out tape, tape, tape, video, video, video, show, show, show, and this is the first month [radio] has been playing my music,” East says. “And there’s nothing different, but Nas is on it so now they’re doing their homework. Nobody would’ve done homework on GS9, Bobby Shmurda, Rowdy or all of them if their song wasn’t everywhere or they didn’t have people on Vine or Instagram dancing and throwing hats.”

…but know when to ramp up.

“Everybody gets that chance where you have the light on you, it’s up to you what you do with it. Don’t stop; go hard. It’s nothing but opportunity and money out here. New York City is wide open.”

This is what it means to stay grounded.

Reiterated on “No Coachella For Me” off of his mixtape, Dave East makes it clear he’s still in the ‘hood, and mainstream success doesn’t necessarily mean leaving it. “Dipset went to the Grammy’s and was still going Uptown all the time. I could be on a record with Katy Perry, and you’re still going to hear Harlem, you’re still going to hear me,” he says. East also avoids pretending in his verses. “I don’t have any ‘yes men’ around me,” he says, assuring that his friends would let him know if his lyrical content was contradictory to his actual life, something artists should also get back to if they want to restore the authenticity once present in rhymes. 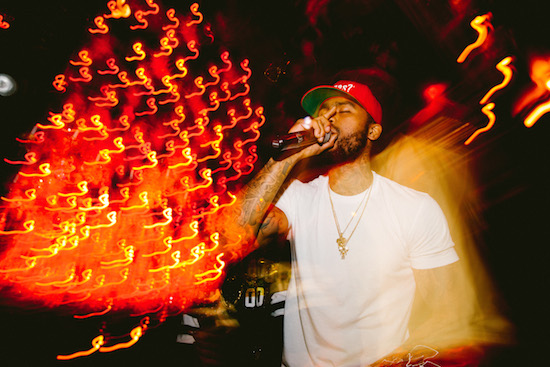 This is his definition of success.

To avoid “selling out,” New York artists have to return to drawing board and decide what success means to them, thinks East.  “Success, to me, is when I really can provide and change my family’s life, my own life, and when I’ve given back to the people that gave to me,” he says.

Take pride in your city.

Instead of listening to the radio and following what’s “hot,” East feels New York artists should remember the power of their city. “They say rap fell off and all of that, but people still come to New York to get fly,” East says. “This is still the main center of everything—foreigners or whoever, you have to come through New York City. So how do dudes not take that and run with it?”