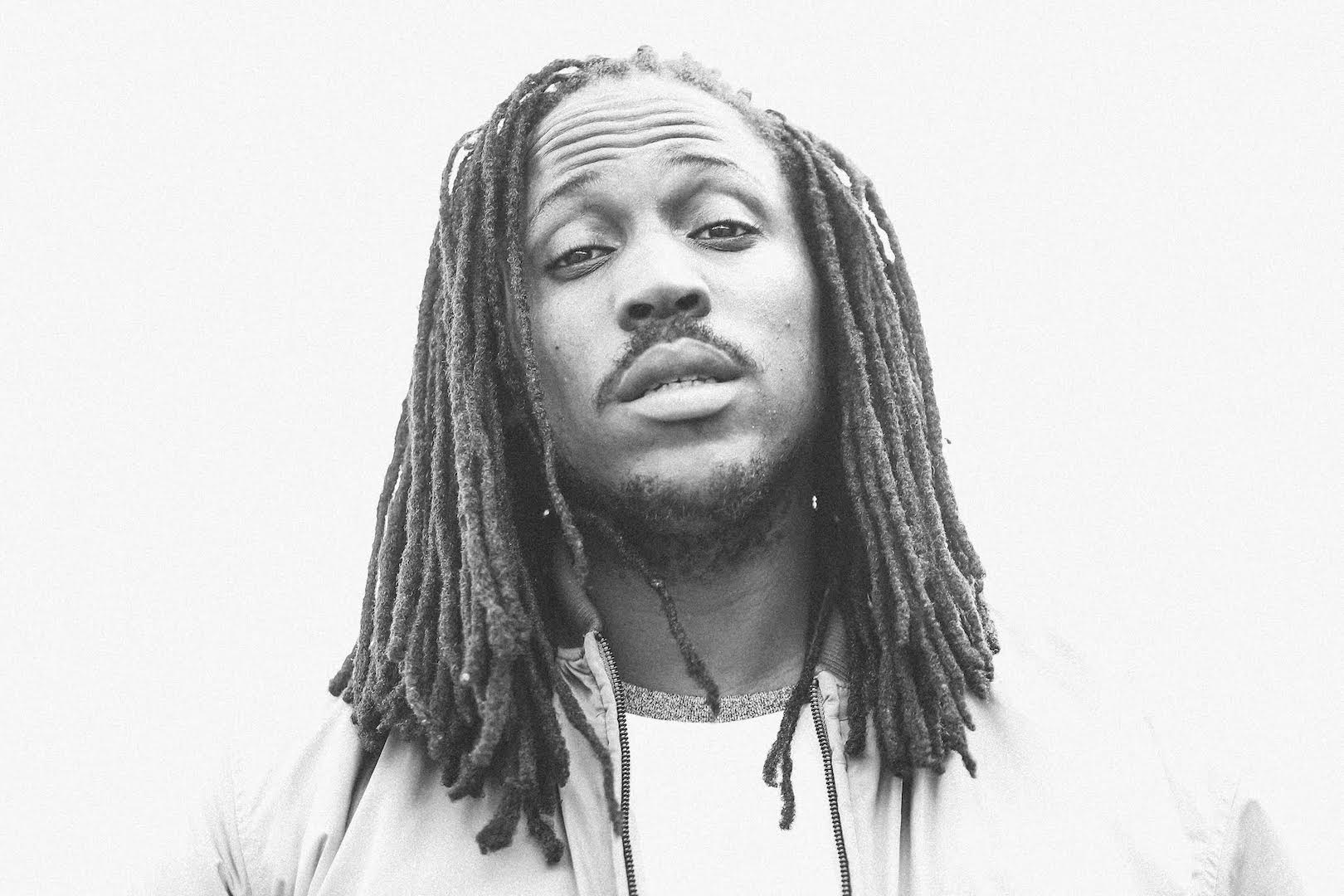 Singer/Songwriter SiR Is the New Face of R&B, But Still Has A Day Job Just Like the Rest of Us

When SiR is back in his home of Inglewood, CA, he’s just Darryl, a top-selling employee at Guitar Center.

“You don’t even understand [how many fans come visit],” says the freshly minted 30-year-old, properly postured in his chair. “People will be like, ‘…Nah! SiR? Are you SiR?’ I be like, ‘Nah, I don’t know him,'” he says.

Born Sir Darryl Farris, the soulful crooner maintains his day job to provide for his wife of seven years and to get killer discounts on music equipment, despite accruing royalty checks for his songwriting work with Jill Scott, Tyrese, The Pussycat Dolls, and Warren G.

“It’s temporary, and when you know something is temporary, it’s hard to take it seriously and appreciate it for what it is,” SiR says. “Having to go to work, and I just got a $7,000 check—it’s like, ‘Get out of my face. You go get those boxes.”

As an artist, SiR has enjoyed a solid year, still enjoying success from his feature on Jay Rock’s well-received 90059 (he found out they were related in the studio), and recently released his own EP, Her. But with all of his success, he’s still careful to always separate the two identities—one for the world to know; the other for his family to keep.

“My grandmother is an old lady from Shreveport, Louisiana, so that was where that [name] came from,” SiR says. “She told me that the reason she named me Sir, or she put Sir on the beginning of my name, was so that when anybody meets me, they would always have to respect me. My family, they don’t call me Sir; they call me Darryl.”

With a growing fanbase and plans to finally quit Guitar Center in January, SiR’s destined for even more respect in 2017.

SiR learned valuable lessons about the music business from his brothers.

I’m the youngest of five. My brothers had been writing songs since they were like 13, 14. They wrote and produced Jaheim’s single “Never” back in like 2007. I was like, “Oh, y’all are making money doing this? Oh, aight [laughs].” So I just started engineering and messing around, and eventually I just fell in love. They should’ve signed with Big Jon [Platt, formerly of EMI Music Publishing and now CEO of Warner/Chappell] back in the day when Big Jon had Brandy still. This was right before he was president at Warner/Chappell. Right before he got that position, he was trying to sign them. They passed up that deal for like five G’s, or something like that. It was like a $5,000, $10,000 difference on the contract. They would’ve had much more success. It just kind of backfired.

To get the gig, it’s about the “homie” thing, but also how well you do your job.

I got the job working for Tyrese just from engineering the homie. Kenyon Dixon sings background for Tyrese, tours with Tyrese, and he wrote some of Tyrese’s singles. Back when he first started, he called me because he wanted somebody to engineer a session, and I engineered the session for him. Two years later, three weeks after I graduated [from the Los Angeles Film School], he called me for the Tyrese gig, just on a random like, “Yo, Tyrese needs an engineer for a day.” I showed up and ended up working there for like a year. I’m not the king of all of it, but I feel like you kind of gotta be a jack of all trades, especially nowadays in the music industry. If you’re one-dimensional, then you’re kind of dead in the water.

If you want to win, stay true to yourself

When you do it right, an EP can have the same feel of an album. They’re the same thing to me—it’s just an EP is harder to pull off, really, because you have less time to say what you’re trying to get across. I feel like albums and full-length projects should always be the goal if you’re somebody that’s looking for longevity. I want classic songs, but I think classic songs come from classic albums. The best songs come from the best albums; my goal is never just one song. The benefit to having an EP is you can just use that to try to buy yourself a little more time, and then it’s testing the waters too. I’ll get on anything, though, man. I want to turn up too. It don’t always gotta be soul, but you know, we’ll see.