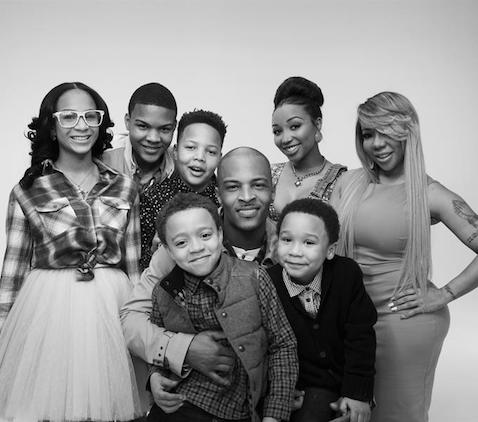 Eventually, however, there comes a time when rappers must put their childish ways behind them, or so they would have the public think.

As they get older and move upward in the industry, their business acumen and brand simultaneously become more refined. They move away from the reckless behavior of their younger years to a more wholesome representation, complete with a focus on traditional values, like the nuclear family. Shows like T.I.’s The Family Hustle and Nelly’s Nellyville both present the rappers as sitcom-like patriarchs of lovable, Family Matters-like households. Even rapper-turned-small screen newcomer Ja Rule has decided to join the Viacom family of reality, debuting his show Follow The Rules this month on MTV. While they are great reality TV, they diminish the artists’ hip-hop brand and credibility.

Family-reality TV is the retirement home of raw rap and wild lifestyles. For some time, T.I. maintained his “trap” image through countless legal woes and serious roles in films like ATL and Takers, but even the context of his roles have now steadily transitioned and softened, with him playing criminals in light-hearted movies like Get Hard and Marvel’s family-friendly Ant-Man.

While his time in prison and consequential lack of promotion for albums may be valid factors, his album sales post-reality TV can’t go unnoticed. Since The Family Hustle’s airing in late 2011, T.I. has released three albums, and each of them have sold at least 1.5 million fewer than his '08 gem, The Paper Trail (2 million units). According to the pattern, when a rapper’s mainstream TV presence excels, the music conversely suffers. In fact, last year’s Paperwork only sold 260k, a surprising number for someone of T.I.’s caliber. And despite returning to classic “Tip” lyrical content, last month’s effort, Da’ Nic, only sold 15,350 units during the first week.

Thus, rappers seeking a move into reality television should beware. Though the appeal of a hefty check is inevitable, the context of the role you choose and a star in Hollywood may cost you your hip-hop career.

PREV
NEXT
0 of 0
Nostalgia