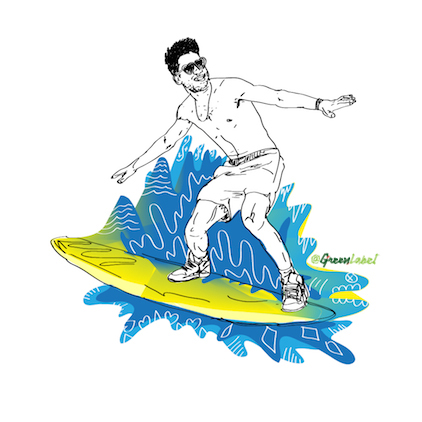 In case you haven't noticed, nerds are cool now. Comic book movies are pulling in millions at the box office, Comic-Con is one of the year's biggest festivals and even in hip-hop, weird is the new cool (look at Chance the Rapper to Kendrick).

That's exactly why KYLE is poised to become the new king of the nerds, and by extension the king of us all. Coming off a standout appearance on Surf, KYLE is a rapper who's just as likely to reference Pokemon and Dragonball Z as he is Straight Outta Compton. He’s not afraid to sing, show some vulnerability and even expose his occasional, unabashed nerdiness. It's an approach that's already earning him a significant underground following, by the end of the year that following could easily include everyone aboveground as well.