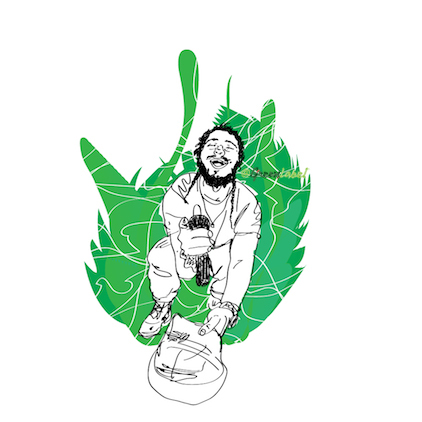 Post Malone is not your average artist. He’s a 19-year-old, Dallas-raised white male who rocks grills and cornrows, and also happens to have an incredible voice and a rapidly increasing buzz. He took the hip-hop world by storm earlier this year, solely off of the strength of his extremely infectious, genre-bending single “White Iverson,” which just so happens to be the first song he put out.

Whether you consider him a rapper or not, he blurs the lines between hip-hop, rap and R&B as a talented singer/producer/guitarist with an ear for vibed-out production and a penchant for catchy melodies. (Oh, and apparently he’s going to be a country singer once his hip-hop career is over?)

“White Iverson” has already surpassed 19 million plays on SoundCloud, and everyone from Jay Z to Rick Rubin has taken notice. It's only a matter of time before he blows up on that next level.