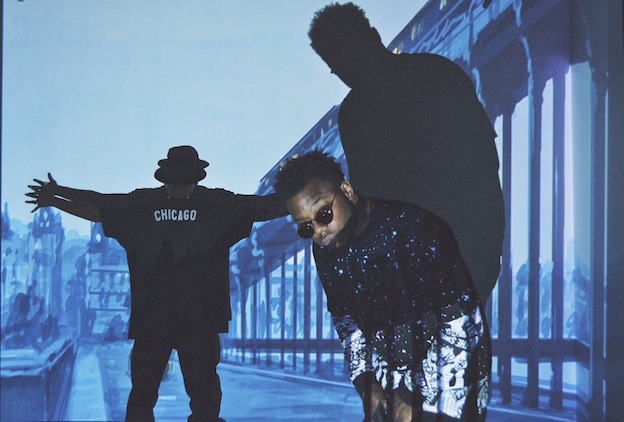 “Even When I Was Living Out of My Truck, I Didn’t Doubt Myself”: Chicago’s Loading Tümorrow

Loading Tümorrow, a rap duo consisting of members Godius Richard Oasis and Cartier Jones, rap about “Lisa,” a girl who broke one of their hearts, the same way F. Scott Fitzgerald wrote about Daisy in The Great Gatsby. Love’s plight has always been conducive to good writing and poetry but these guys up their raps to a place where the concept of love turns into abstract thoughts whipping their way through outer space. We chatted with the Chicago duo.

First off, who’s Lisa and whose heart did she break? I’ve noticed in both the single “MHM” and Rich your track “#Indecisive,” they both start off with you praising her (humorously).
Rich: Aw man. You noticed? [Starts laughing]. Lisa is my ex. Yeah, she pretty much altered my entire perception of a lot of things, so the impact is real.

The video for “MHM” has a really animated, sci-fi theme to it. Also, I really like the way you spliced memorable cartoon and movie bits in there. Where did you guys draw inspiration from for it?
Rich: The inspiration came pretty much from the song’s plot. I wanted it to be on the level of higher vibrations and something extraterrestrial.

Yeah, that’s what I was thinking. Extraterrestrial.
Rich: I kind of wanted to make it a little trippier by synchronizing the cartoons and stuff that we’re accustomed to liking as shorties and let them play into the effect of that little sequence experience that we had. 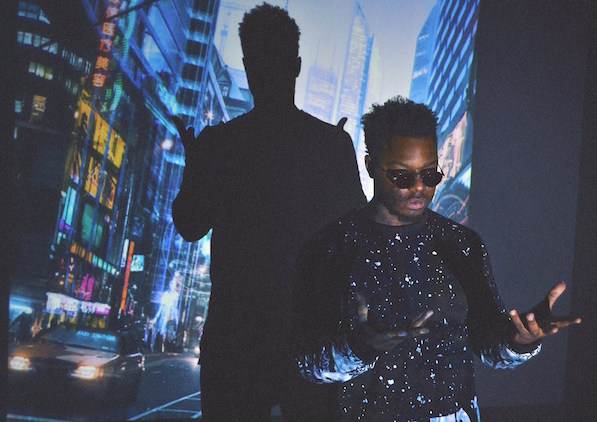 That’s a good lead up to the next question I have. What are some your favorite cartoons and movies?
Rich: The Lion King by far is my favorite Disney Animated movie.

Cartier: My favorite cartoon is easily Roger Rabbit, if that’s considered a cartoon. My favorite movie would be Belly.

The Lion King is without a doubt pretty epic.
Rich: It’s on another level the impact is has on you as a kid. First time I watched it I shed a couple of tears when I saw they dropped Mustafa down like that. It’s just impactful, man. You never forget that scene. It has an amazing story and the music on there is phenomenal. Hey Arnold, watching that in elementary and middle school, it was like a sitcom for us.

With your music, I notice the emphasis on lyricism and also that nostalgia and old school hip-hop vibe on the flow and production side. How would you do describe your sound? What’s the message you’re trying to deliver?
Rich: We would mostly describe it as being just a wave of us trying to bring good vibes to you. At the same time, giving you the message of thinking outside of yourself. If you take the music and what you have going on with you emotionally, take those things and think outside of them and get yourself on another level of consciousness. But at the same time, just give people good feelings. That’s pretty much it.

There will always be a Lisa, where I feel like she either changes you for the better or for worse…
Rich: It’s funny you say that, because on a little series of projects I’m working on, on the final one I have it set up where it pretty much touches on that. I didn’t want to make it too negative. I don’t want her out here feeling bad, like I just made an album dissing you. I want people to see the negative but at the same time see an overshadowing positive. Like what you just said. That’s pretty dope that you just said that. 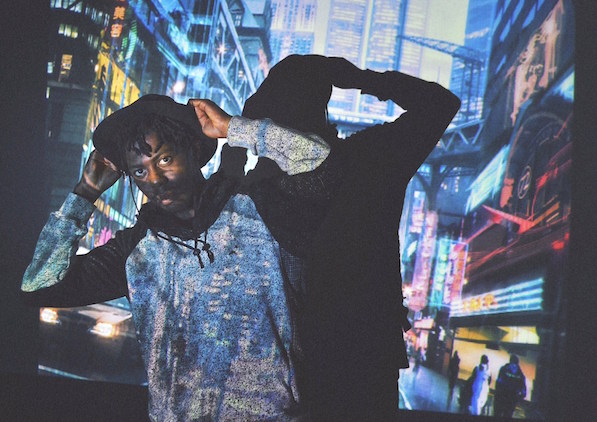 As artists, how do you approach social media?
Rich: I guess giving people a gist of who we are as people first. We use Facebook a lot. If we tweet something, we’ll probably get eight or 10 retweets. Facebook brings us all our love. We’ll get 70 to 150 likes on stuff on there. Twitter is so quick; you only have a certain amount of characters. With Facebook you can really go and let people know who you are. You can share lots more about yourself.

It’s all about investing in the most influential platform in terms of getting your music out to the most people you possibly can. When can we expect a Loading Tümorrow album?
Rich: October is really big for us. We’re going to probably release two more singles, most likely in the beginning of October and in the end of it. We’re going to release our first project; it’s called Remember Yesterday. Pretty much every track on there except for the “MHM” song is going to have me and Cartier rapping on there.

Chicago has a sweet list of artists. Who would you say you guys relate to most out there?
Richie: Mick Jenkins. He really has a way of getting his message across using pretty much the good vibes and feelings that we often employ. We both like Mick Jenkins a lot. Maybe one day he’ll want to work with us.

Cartier: I really like the whole Chicago music vibe. From Cheif Keef to Netherfriends, I’m loving it all…

On the production side, who are some influential music guys, past or present, and beat-makers that inspired/inspires you?
Cartier: I’m inspired by any and every one, but if I could name a few people it would be THC, the production group from Cali, Sonny Digital, Metro Boomin, Sounwave, Dj Dahi, Alchemist, Just Blaze, Woodkid, Nirvana, James Blake, and The Weeknd.

You guys recently saw Erykah Badu live.
Rich: Man, Erykah Badu. She really is not a human. We went to see her and she pretty much showed us how she was 20-feet tall.

Best rap duo ever?
Rich: I don’t want to keep it cliché, but I’d have to say Outkast. You got the UGKs, 8Ball & MJGs, Mobb Deeps and those rap duos, but Outkast just came and really changed the genre. They sold over a million records. That right there justifies a lot. We’ve reached a point where you can’t compare without going off of certain categories. 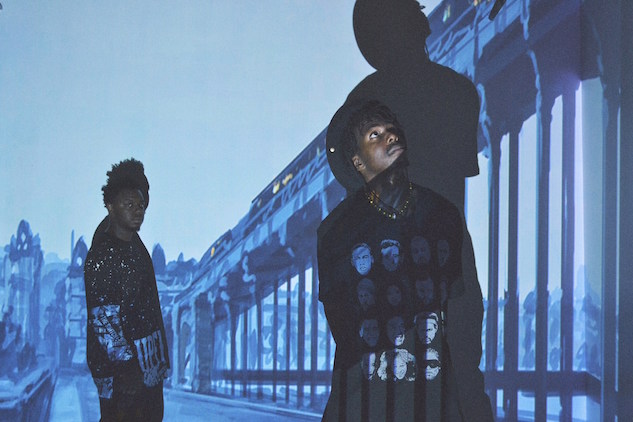 What’s the vision going forward for Loading Tümmorow?
Rich: Our main goal is to headline a world tour. That’s what we see ourselves doing hopefully within the next five years. We just really feel like once we get the music out to more ears, it will spread fast on its on.

Best piece of advice you’ve ever given?
Rich: Be yourself while evolving to be better.
Cartier: Think Positive. Even when I was living out of my truck, I never doubted myself for one minute.