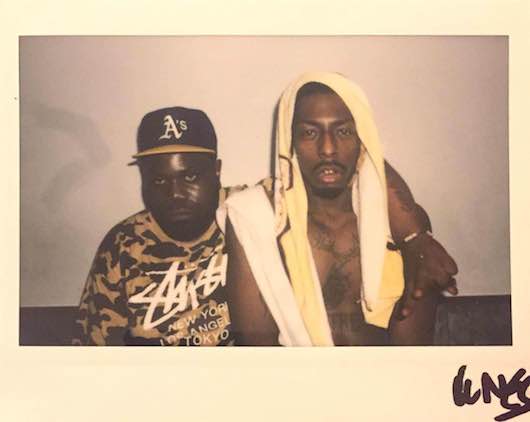 This was a shot I was dying to get this entire night. Everyone was in NYC celebrating Steez Day, and we were now at the after party at Highline Ballroom. Meech, along with the rest of the Flatbush Zombies, had performed earlier at the show and came to continue celebrating the day. I have been a Chuck Strangers fan ever since I was first put on to Pro Era in general, and I knew him and Steez had been very close. I also knew he now lived out in LA so to see him back in the city for such a great day was amazing and he was incredibly welcoming. He saw me taking Polaroids of others in the green room and immediately asked for a personal one. I then told him how much of a fan I was and that I’d be happy to take any more shots he wanted. He then grabbed Meech and made sure I took two shots so that he could take one back to LA with him.