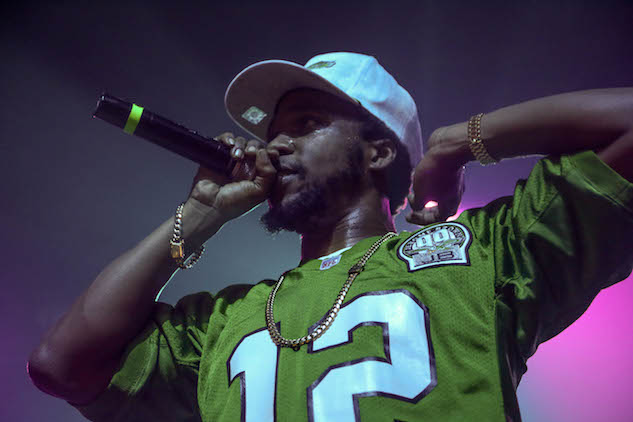 I have listened to Curren$y since I was probably 14. I literally would listen to every single one of his mixtapes back to back all day. As I became a better photographer, I always wished that one day I would cross paths with him and be able to grab some of my own photos of him.

This year down at SXSW it finally happened. Action Bronson put together a show featuring my man Da$h, Vince Staples, Curren$y, and Bronson himself. Spitta ended up posting one of my photos that night with the caption “Thank you @shotbycones” and I couldn’t have been happier. So then this summer, I heard that a company I work closely with was throwing a show with Curren$y at the TLA here in Philly. They hired me to cover the show and I ended up linking with Spitta earlier in the day at UBIQ, a store in downtown Philly. Not only did he show love to everyone in the shop but when I went and introduced myself, he said he actually remembered me from Texas and was a fan of my photography. He gave me full access to photograph him while he was in the city,so this was one of my favorite shots of him that night performing in a classic Eagles Mitchell & Ness jersey.