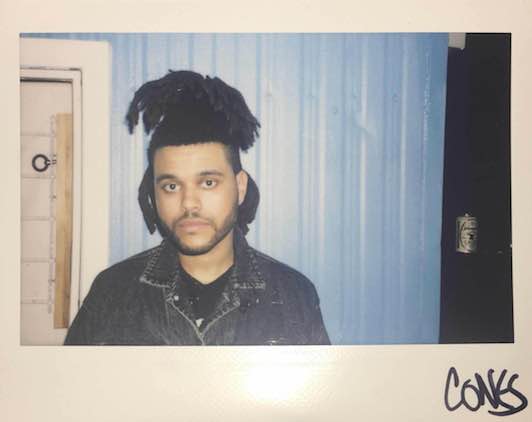 This is one of my favorite Polaroids I have taken just because of how it really captured the moment perfectly. I was backstage at the 2015 Roots Picnic in Philadephia with the A$AP MOB and The Weeknd, who I am a fan of, and his dressing room was right next door to Rocky’s. Abel and Rocky seemed to be fairly close, as both entourages seemed to know each other, so right as I saw that the XO group was packing up to leave I asked him if I could grab a Polaroid. He ended up saying he loved film photos in general and then this shot ended up coming out better than I could have hoped.