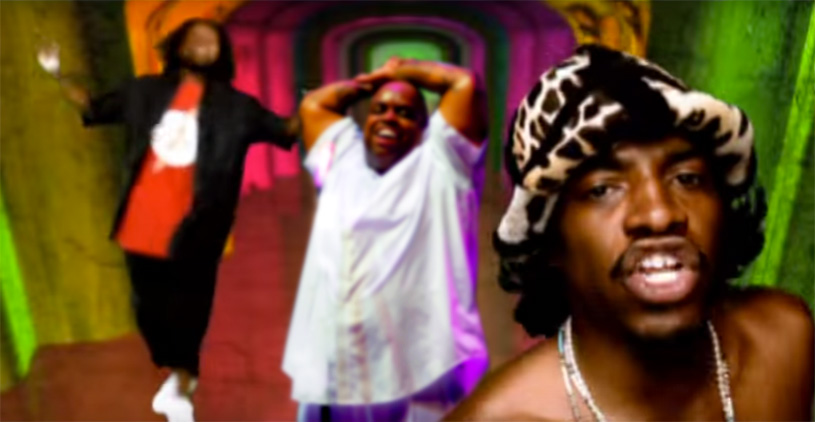 CeeLo Green Could Have Been on Outkast’s “B.O.B.”

This month is the 15-year anniversary of Stankonia. The lead single was the controversial but critically acclaimed “B.O.B.”. Andre 3000 and Big Boi killed the track as expected, but CeeLo should have been on that track, and it’s a shame he wasn’t.

CeeLo Green is a longtime collaborator with OutKast. He almost joined the group in the ’90s, before he joined Goodie Mob. He was featured heavily on their early albums, including 1994’s Southernplayalisticadillacmuzik, and CeeLo can easily keep up with Andre 3000 and Big Boi. At a 155 BPM double tempo, B.O.B is one of OutKast’s faster songs. Based on CeeLo’s past songs, like “Closet Freak” (135 BPM) and “Run,” in Gnarls Barkely (150 BPM), even if he chose to sing instead of rap, his voice would have been perfect for the chorus.

The B.O.B. music video had CeeLo written all over it: green roads, purple grass, drop tops, and outlandish clothing. Unfortunately, it was poor timing in his life. In 1999, he had just collaborated with Lauryn Hill on Santana’s award-winning album Supernatural. According to CeeLo’s biography, Everybody’s Brother, the Santana song “Do You Like The Way” was a pivotal moment. It was CeeLo’s first time using his full vocal ability on a track and he began thinking about his full potential as a musician.

While he was reconsidering his focus as an artist, Goodie Mob started to unravel. Cee and the other members were drifting apart in their goals as a group. This tension reached a climax when CeeLo and one of his managers had a dispute over money, which CeeLo referred to as “a final nail in the coffin that was already being built.”

While “B.O.B.” and the other Stankonia hits were getting regular radio play, in 2000, CeeLo took a hiatus from music. He was only featured on one song in Stankonia, compared to his deeper involvement with OutKast’s earlier albums.

“Go-Go Gadget Gospel” may have been a make-up song for not doing “B.O.B.”

This was the opening track on Gnarls Barkley’s highly acclaimed album St. Elsewhere. The hectic beat and the gospel/hip-hop blend is an immediate throwback to the “pow-er mu-sic el-ec-tric re-vi-val” line in “B.O.B.” It may not have attained the same success, but true heads can appreciate it. Hearing CeeLo scream “I’M FREEEE!” is amazing.