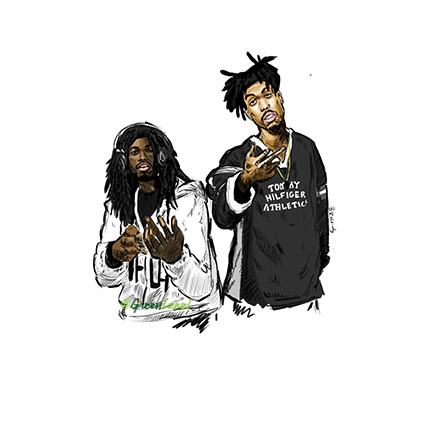 Hailing from the same city as rap’s last great duo (Outkast), Johnny Venus and Doctur Dot joined forces back in 2011 and have been turning heads ever since. After touring with AB-Soul in 2014, appearing on Mac Miller’s Major label debut in 2015, and releasing a handful of must-listen songs (like “AWOL”), 2016 will be the year EarthGang brings back the duo. We’re sure of it.