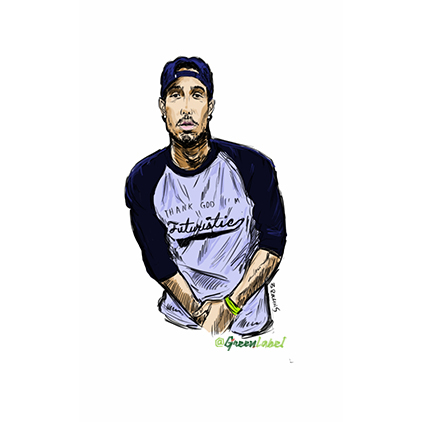 Back in September, Funk Volume head honcho Hopsin took to Twitter to announce that his thriving independent label had signed a new artist. Unfortunately, he didn’t reveal whom. Still, it’s smart to put money on Futuristic. The Arizona based rapper is an expert at blending fun, at times raucous, content with tremendous technical ability, and at times they have already taken him under their wing: Futuristic toured with Dizzy Wright and has been known to team up with Jarren Benton. Regardless of his label situation, we remain confident Futuristic is destined for a big year. He has already demonstrated he knows how to succeed on his own, and has too much charisma and talent to let anything get in his way.