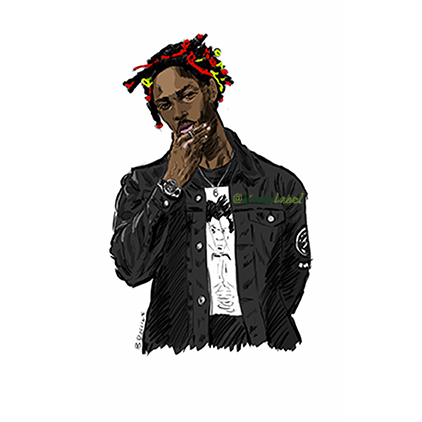 Rappers are known for rocking Jordans and name-dropping Iverson. Sometimes though, the ballers can help put the rappers on. That’s the case with Toronto native Jazz Cartier, whose song “Switch” is frequently played by the Raptors team DJ, DJ 4Korners, during home games.

While Cartier calls Toronto home, he has lived in the United States, Barbados, and even Kuwait, and that traveling has really shaped who he is an artist. Cartier never raps over the same thing twice, but what remains constant is his growling, almost haunting flow. It’s that flow that made his 2015 debut project, Marauding in Paradise, such a rousing success. It’s remarkably different yet still has NBA-soundtrack-worthy-flavor. On the strength of this one project, we think 2016 will be a slam dunk.