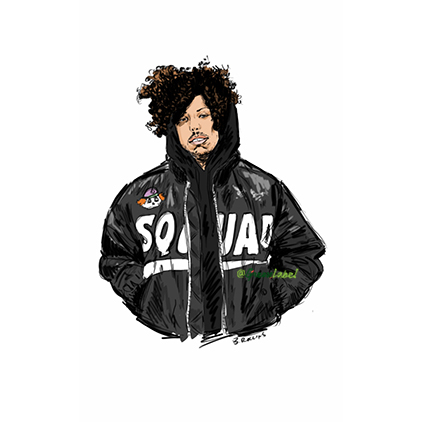 It seems like every year there’s at least a few artists from the Windy City who take the rap game by storm. As a co-founder of the SaveMoney crew, Purp has been there from the beginning. He’s waited patiently as artists like Chance, Vic Mensa, and Donnie Trumpet had blown up, and now it’s his turn. Like the others in his camp, his charisma and unique charm shines through, but what sets Purp apart from his fellow SaveMoney cohorts is his edge. A little more raspy, a little more grimy, Purp brings toughness and a gritty feel that is different from anyone else in his crew. Two-thousand-fifteen was a big year for SaveMoney as Chance and Donnie earned the national spotlight. Now it’s time for the other SaveMoney co-founder to get his due. Two-thousand-sixteen will continue to be a big year for Chicago, and Joey Purp’s going to be a big reason why.