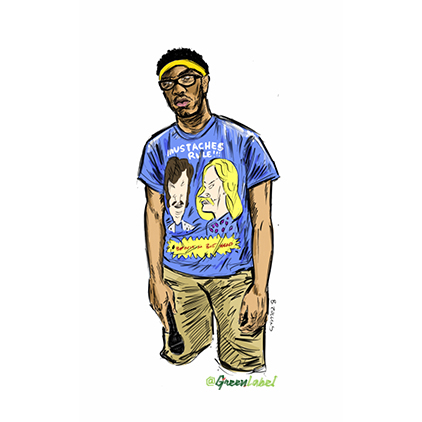 On April Fools Day in 2015, Kevin Abstract got kicked out of a local Texas supermarket for playing unreleased songs from his MTV1987 album over the loudspeaker. Managers of local Texas supermarkets may not be his biggest fans, but he has plenty more, and what they love about him is his willingness to break rules. Through interesting tactics like a 24-hour live stream, a Twitter-avatar "egg movement" (to promote judgment on content over looks), and an in-depth web-series, Abstract has built a sizable, passionate fanbase. It’s that kind of cult following that will account for album and ticket sales and most importantly, his music also reflects that adventurous, unique spirit. Sometimes pop, sometimes, hip-hop, sometimes R&B, Abstract is a master at blending all sorts of sounds and emotions, but no matter where he ventures sonically, his heart is always on his sleeve. He has the vision, he has the fans, now all that’s left is the album, and with his sophomore project, They Shoot Horses, slated for a 2016 release, next year could be his year.