Like everyone else existing in 2016, we’re totally geeked on VR—and all the crazy, reality-altering apps and programs that have rolled out in recent months. And because we’re art nerds, we’re especially stoked on Tilt Brush by Google, a 3D painting program that lets the user create works of art in an alternate universe.

After putting on the headset, you’ll enter an empty, three-dimensional space, which is essentially your virtual canvas. You’ll be given a palette stocked with strokes, textures, light, and smoke, and from there, the 3D world is your oyster. Tilt Brush’s intuitive interface lets you toggle between colors and creation tools, so your creative freedom is nearly boundless, and because you’re in a 3D space, you can walk into and around your creations, making art experiential.

Tilt Brush by Google will be unveiled at #CourtVision event in Toronto during this weekend, where some of our favorite artists and athletes (Russell Westbrook, Noah Vonleh, MADSTEEZ, to name a few) will be in attendance, going hard in the virtual paint. Stop by #CourtVision on Saturday, and check out some hoops-themed artwork created with Tilt Brush below. 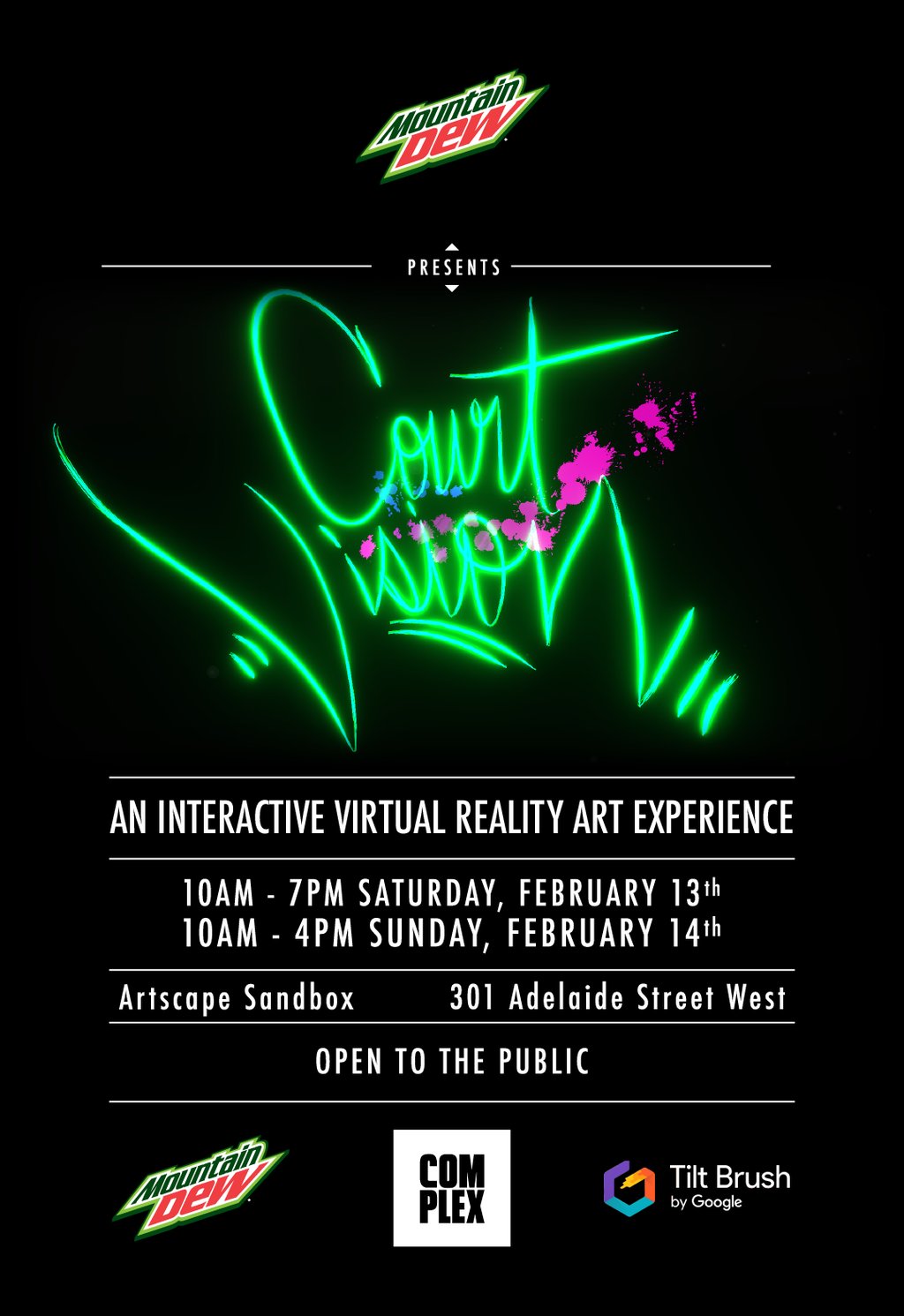