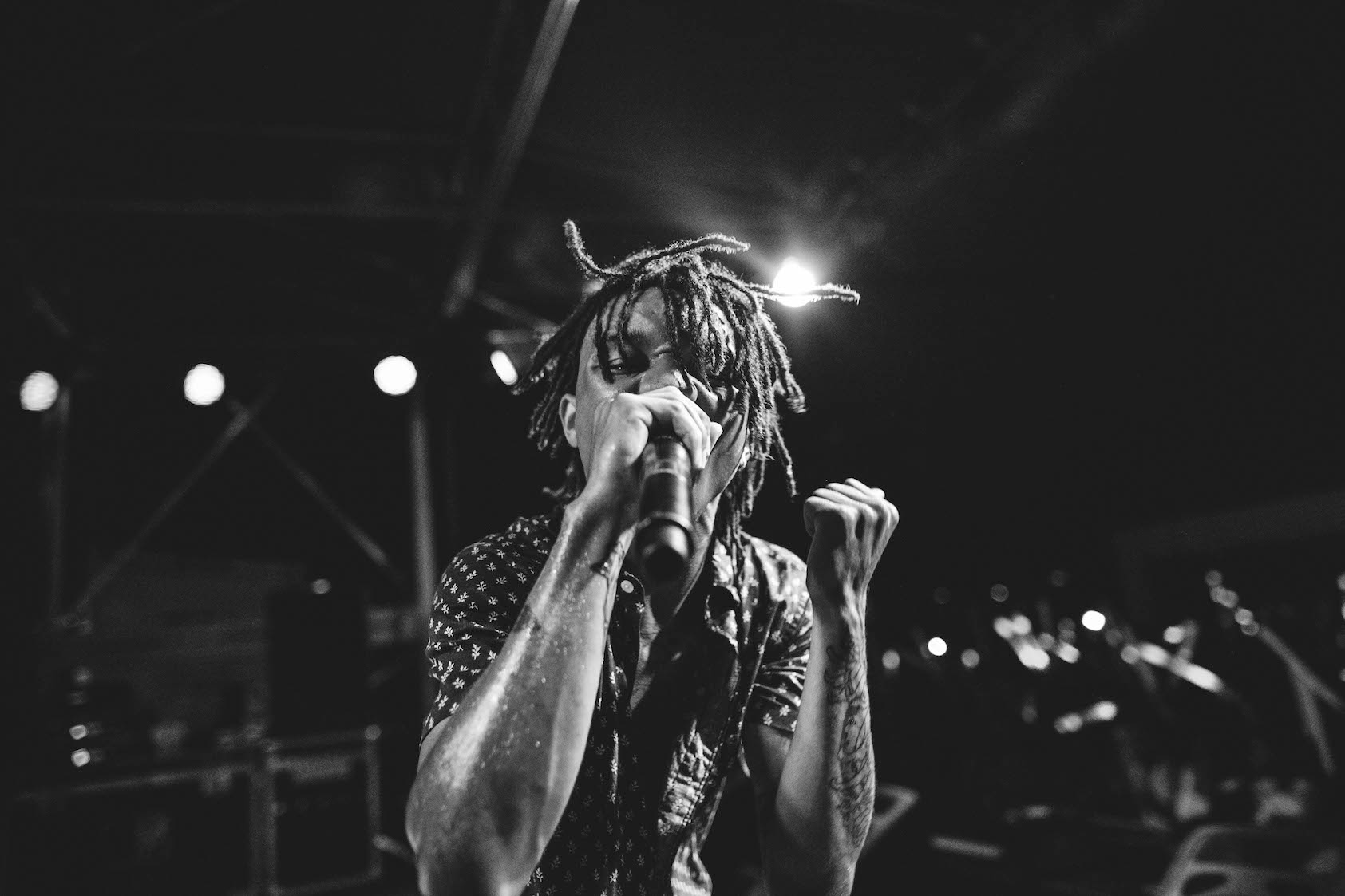 Tommy Coyote Wound Up Onstage with Rae Sremmurd for His Second Concert Gig Ever, Digging Through the Greats

My name is Tommy Coyote. I’m originally from Queens, New York but I moved to North Carolina going into the sixth grade and it’s pretty much been home ever since. I got my first camera when I turned 16, mainly because I wanted to get into video. I didn’t really have the intent of becoming a photographer. Once I started appreciating photography and taking photos, I would just walk downtown and capture anything that caught my eye and teach myself how to work around a DSLR. Shooting shows now is a big favorite of mine. Simplest way I can put it is because music has been my deepest love ever since I can remember. To me there’s nothing like experiencing the atmosphere of a concert – photographing them just adds to the fun. 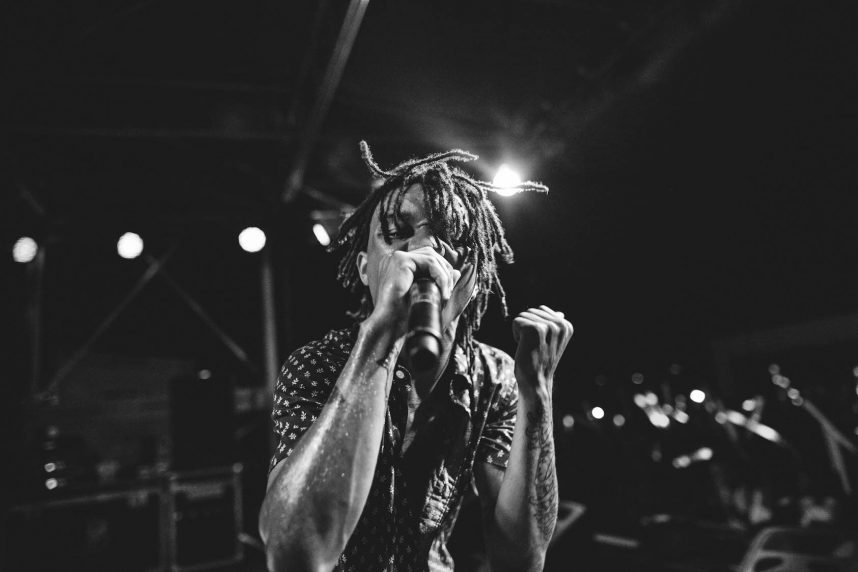 This was the second show I had ever shot. In April of 2015, Rae Sremmurd came to UNC Chapel Hill and my homie Well$ was opening up for them. I met Well$ previously at a Logic show at Cat’s Cradle, which is where we got familiar with each other and realized we had to link. I randomly got a call a couple nights before the Rae Sremmurd show from Well$ and he said he wanted to have me shoot for him. From that night on we plotted on taking over the 919.

When show day comes, I headed to Chapel Hill early in the afternoon. There were tons of parties before the show. I was mainly just cooling, meeting a lot of people and documenting the entire experience. I first interacted with Rae when we got to sound check. Since this was truly the first time I got backstage access, I remember rocking the all access lanyard and feeling mad cool. Once Rae Sremmurd hits the stage later that night, I was told I had a three song limit for photos so I wanted to make the most out of it. I ended up rocking out with the crowd for a song, then got on stage and jumped around with Rae and their DJ. It was all love. They didn’t mind me on stage so I was just working every angle and feeling the vibe. I pretty much stayed on stage with them for their whole set.

After the show, Jxmmi and Swae peace from the stage and walk behind this generator. I approached them and introduced myself, dapped them up and told them to look out for my photos and told them my Instagram handle. Jxmmi ended up reposting one (he didn’t credit me, doe). 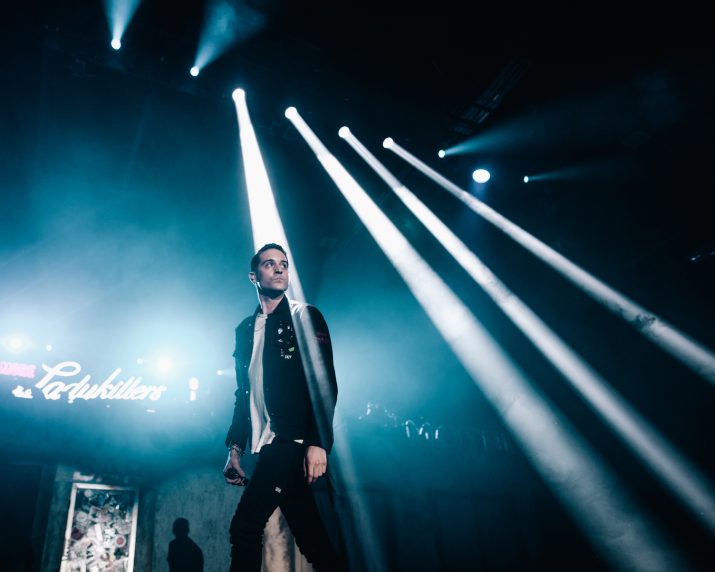 This night was easily the first time I’ve ever experienced real popularity in an artist. First thing that I notice when we pull up to the venue is thousands of Gerald look-a-likes lined up. I mean all of his male fans were styled just like him, even down to the slicked-back hair.

I made eye/camera contact with Eazy a couple times during his performance and to me, that’s one of the best feelings while shooting a show. 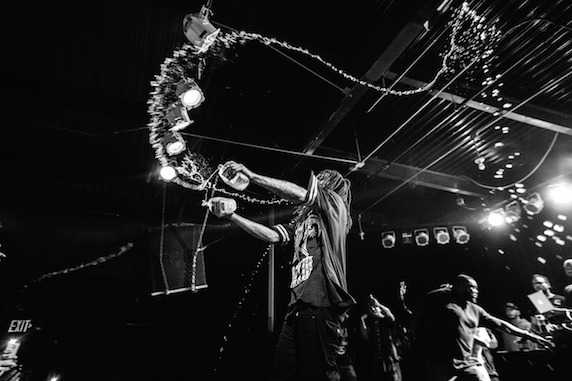 Waka’s shows were exactly what I thought they would be. The only thing that caught me off guard was how he mixed some electronic trap into his set.

I learned a lot about him during his time in Carrboro (North Carolina), and gained even more respect for him. Waka was on a detox, so all night he was sipping this black liquid that I found out later was for detoxing. Also, the statements he would make during his set, like staying true to yourself, really stood out to me because I was understanding him more as a man than a celebrity.

A couple days after that weekend, I received a DM on Instagram from the creative director of 36Brickhouse. He came across some of the photos on my Instagram and requested some copies. I did some different edits to send through and had a set of six photos posted on Waka’s Instagram. 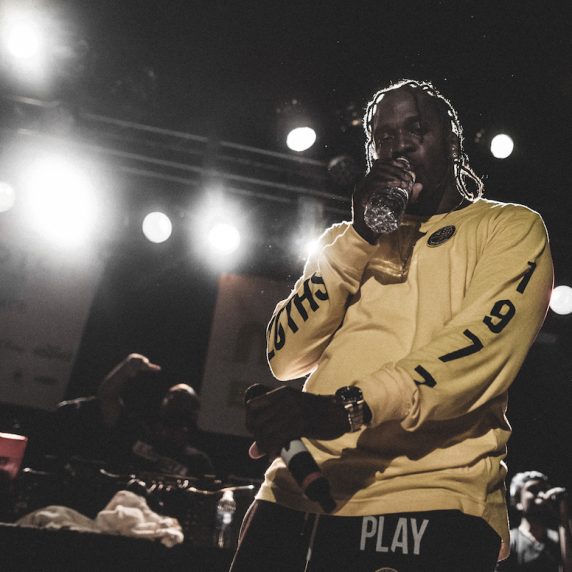 This was in 2015, at the Hopscotch Music Festival in Raleigh, NC. I went for three days and three nights. This was the first festival I had ever shot. I managed to get a press pass through Oak City Hustle, which is a local magazine. Hopscotch had a large variety of artists but very few were hip-hop acts, so anything rap-related, I was there to shoot.

Pusha T finished off night two for me. Father was on right before him. This was my first time seeing both of them perform. I remember as soon as Father got off stage, I finessed my way backstage because I was bored of just standing in the front row and touching the stage. There was no pit so it was constant jumping and bumping around the entire time.

After a while I managed to get backstage, ended up just posting up behind a curtained-off section, and that’s when Push’ comes in. I was really trying to stay backstage for more exclusive photos and shooting space, but I was out of luck when security showed up and had to force myself back to the front. Once I had everything edited, I posted a Twitter set and tagged him and Play Cloths, since that what he was fitted in. Play Cloths ended up favoriting the tweet, which was cool. 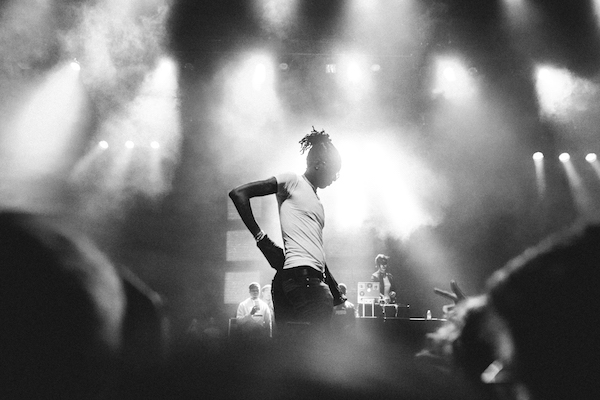 This was Hopscotch 2016, at the Memorial Auditorium in Downtown Raleigh. This time around I was given an artist wristband instead of a media one for some reason. I wasn’t allowed on stage to shoot because Thug had his own personal cameraman.

I was bumping shoulders with a crowd full of 500, 600 fans, jumping around non-stop. It was nearly impossible to get a good shot off. My lens was so foggy due to all the bodies and heat in this “mosh-pit” I ended up adjusting my settings, holding my camera up, and shooting blindly. I never got the chance to talk to Thug, but he pointed me out a couple times, probably because he saw the emotion on my face while I recited “Best Friend.” Overall, it was a great night.