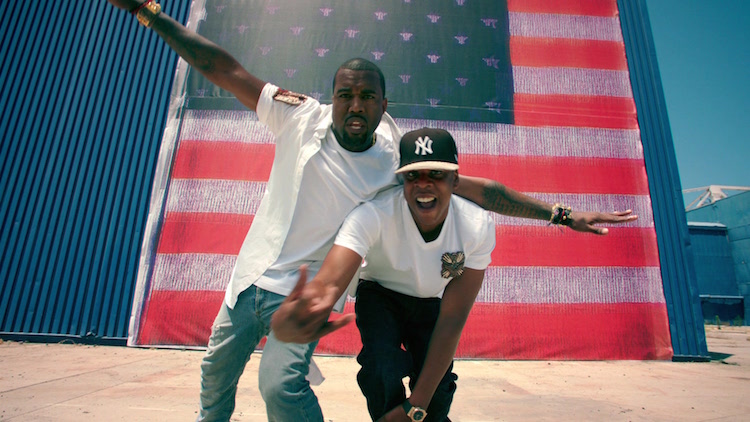 Watch The Throne: How Older Rappers Use Younger Rappers To Stay Relevant

In his mildly possessed Video Vanguard acceptance speech, Kanye proclaimed “Bro! Listen to the kids!” A great deal has been made of young rappers biting and stealing the flows of their forefathers—Action Bronson sounding like Ghostface Killah; the retro-argument of Jay Z biting Biggie—but what about when aging rappers take advantage of the young?

Kanye West’s collectives usually consist of young rappers still striving towards their own magnum opus or hallmark moment. Before Travi$ Scott, there were Kid Cudi, Big Sean, and Teyana Taylor, who would lay down vocals or verses for rap’s curatorial maestro. To get buzz started for his new album, tentatively titled Swish, Kanye tapped Vic Mensa on the single “U Mad,” and there was the electric “Wolves” performance on SNL. It was no different when West flipped fellow Chicagoan Chief Keef’s “I Don’t Like” for Good Music’s Cruel Summer. And on “All Day,” he taps the energy of Theophilus London and Allan Kingdom…

Jay Z has always kept the support of young spotters. Even when it comes to his business approach, whatever is winning is what he’s gonna embrace. He’s never been as much of an innovator (if you discount the button-up shirt with baggy jeans fiasco) as much as he has stuck to trends in his post-prime years to achieve success. And trends are by-products of the young. The Blueprint 3‘s greatest moment, in my opinion, was when J. Cole broke out going bar-for-bar with Muhammad Hovi on “A Star Is Born.” (Also, let’s not forget, it was a fledging Kanye West who constructed The Blueprint for Jay Z after a previous couple of dismal album efforts.)

Not that their contributions are undeserved. Regional legends deserve the respect they’ve established amongst their young peers. The UGKs (Houston) and the E-40s (Bay Area) have the power to make all the difference to young rappers in their cities. And their older sound is revitalized in turn: think the Houston/Pimp C tribute on Travi$ Scott’s “Wasted,” although Pimp C wasn’t around to enjoy it.

This is not to say that rap is no country for old men: if it weren’t for the forefathers, there’d be no walking ground for the youth to stomp on; similarly, the tradition would be dead if the torch weren’t passed on from one generation to the next, from Jay Z to J Cole, Kanye West to Big Sean.