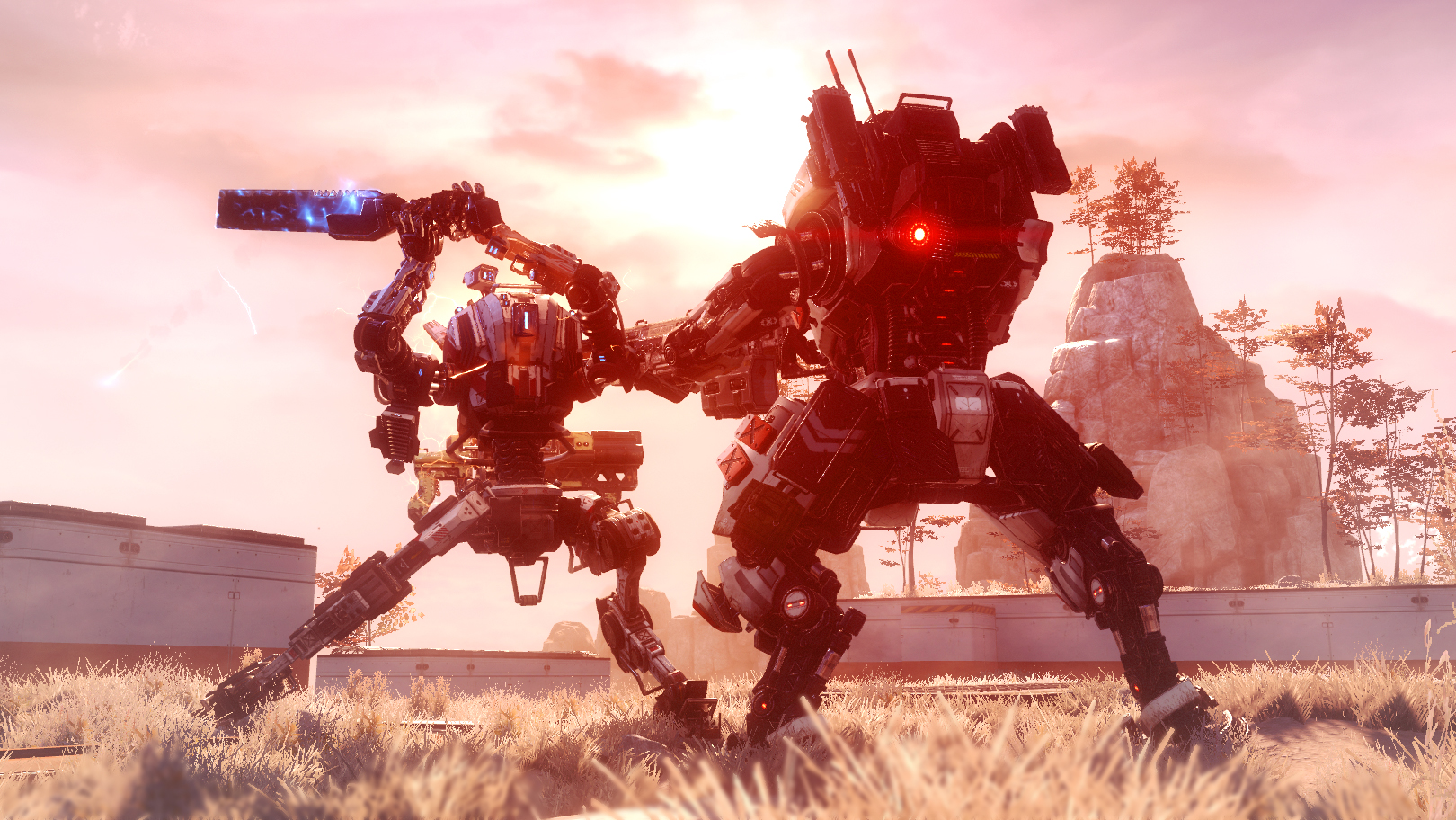 What Pro Gamers Are Saying About Titanfall 2

Right now the gaming community is standing by for Titanfall 2. Developer Respawn Entertainment is prepping to release the biggest sequel of the holiday season, and every hardcore FPS fan is patiently waiting to get their hands on the title, which only an elite few have been granted access to ahead of launch. This includes some of the industry’s top e-sports players.

So what’s the word? We went through a variety of famous players’ YouTube videos to check out what the pros are saying about Titanfall 2 based on the pre-alpha test build and current beta. And what’s the word? Pure dopeness! Check it out:

Earlier this month, it was announced that Titanfall 2 will include a special one-on-one mode called Coliseum, accessible only via codes which you can pick up now on assorted Dew and Doritos products. Stock up now! 17+. Ends 12/31/16. Terms: dewanddoritos.com

It does feel very similar to the first game, but I would say with a very higher skill curve than the original. You still of course have a lot of pilot vs. titan combat, lots of titan vs. titan combat, while running extremely fast movement…all of those elements from the original game are still there…One of the coolest things I really liked about it was that one of the titan classes has this awesome grappling hook that you can now use to grapple around the map in conjunction with your jump jets and wall running, which can allow you to do some extremely impressive stunts. I can see this gadget alone increasing theskill set of the game immensely, as you’re not only going to have precise aim to get the best out of your grappling hook, but you’ll have to know the physics of it. Source.

When I think of Titanfall, I don’t think of a true campaign. But this isn’t the case with Titanfall 2. I am really excited. I got to see about 20 minutes worth of just single player, bits and pieces of different parts of single player and I was blown away. What I saw at Respawn, when I saw the first 30 seconds, I was hooked. Single player looks phenomenal, a lot more depth. It wasn’t cut-and-dried. There were some puzzle jumps, a lot more action, there were like mini-bosses, which was really, really cool to see. Source. 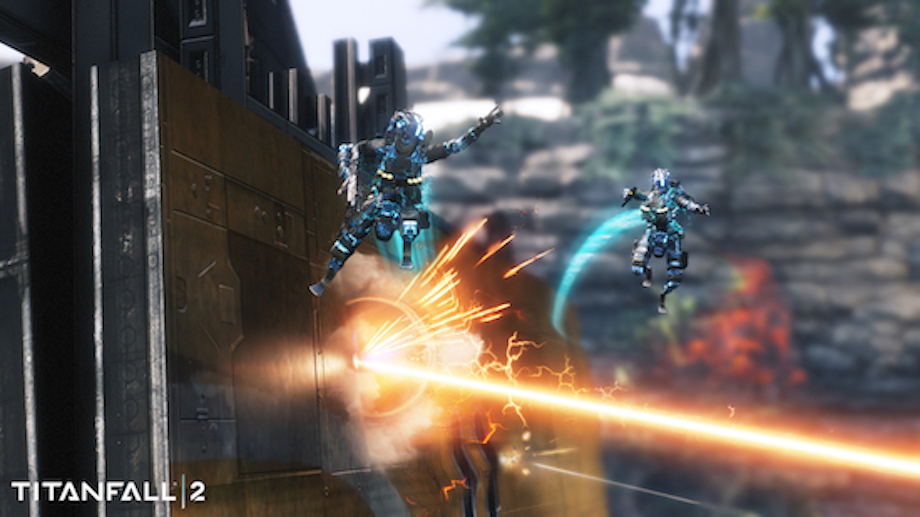 There’s a lot of strategy in this mode [Bounty Hunter] and that’s what I’m loving seeing in Titanfall 2. At this early stage, going from Titanfall 1 to Titanfall 2, there is a lot more general content still there, and the mechanics still there…I’m still learning how to use the grappling hook. Definitely my favorite thing … I love using it just for movement. Source.

I was really reluctant to get into Titanfall 2. But I’m glad I did ’cause it seems like the developers have been listening. Not with just creating an in-depth and lengthy campaign, but with what I’ve seen in multiplayer so far, it’s a lot of fun. It was pretty addicting. And the grappling hook, I simply can’t get enough of it—’cause you can absolutely mess people up and destroy them…For the most part, I was pleasantly surprised with the vast majority of the changes. All though I’m not a fan of the TTK (Time to Kill), still, it’s pretty snappy and quick. Source. 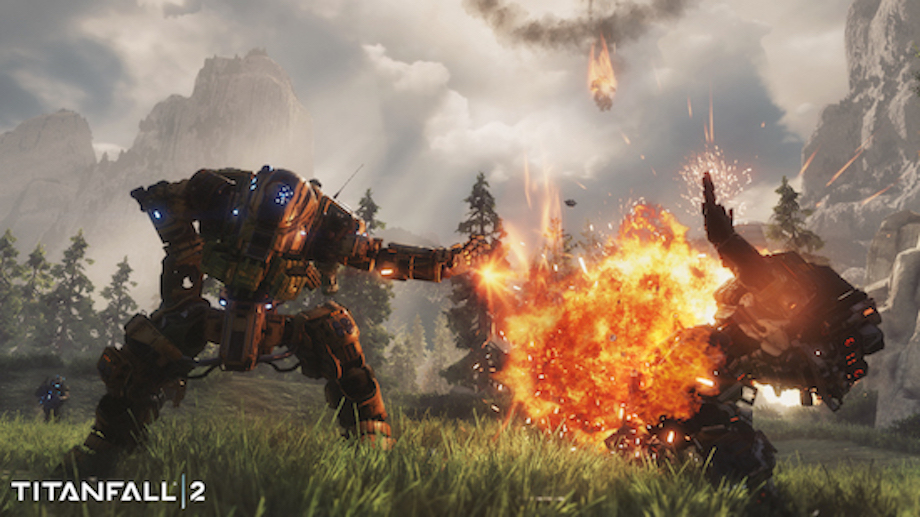 One thing I really like about sniping in Titanfall 2, and I think a lot of people will agree with me on this, from what I can tell and with limited experience with this sniper rifle at least, it’s a one-shot kill. I did not get any hit markers. And it is kind of silly of me because the first hour I got to play it, I switched to the sniper class immediately and I learned the game with the sniper rifle in my hand, and it really got me to appreciate the movement system and the momentum system. Source.

[Infinity Ward] are the people that made one of my favorite games ever, in Call of Duty 4, and they managed to turn Titanfall into one of the most buttery-smooth game engines, period! Overall, I think they made some good changes … I feel like the titan play is a lot tighter; it doesn’t feel like once you have a titan it is the be all, end all. The grappling hook I figured how to use in, like, five seconds … This game you get into the action immediately. That’s one of my core reasons for liking it. Source. 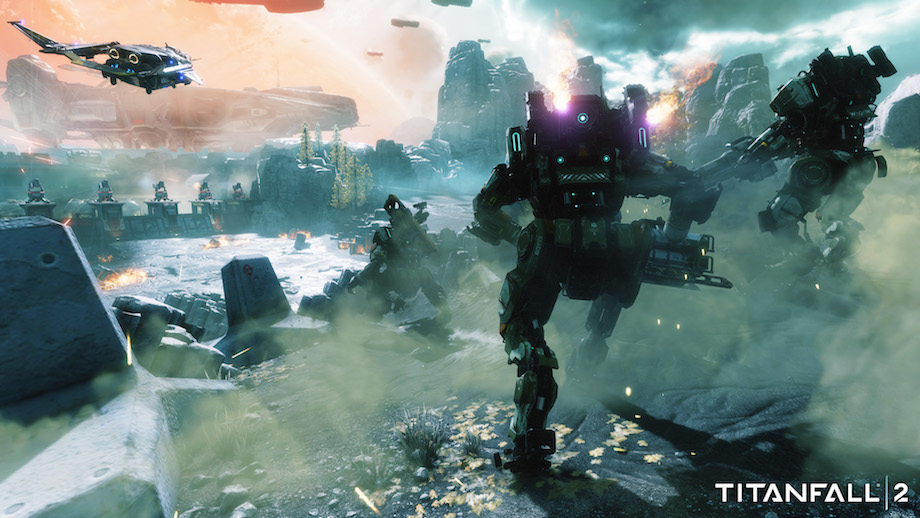 Now, the game was a lot of fun. It’s weird coming from Destiny as I’m used to having one-on-one combat gunfights. The movement, mechanics, graphics, I loved it. I thought it was beautiful, a lot of fun to play, but it basically felt like rooftop warfare. You always have the advantage if you’re on rooftops. The maps may seem big, or they may look big, but you move so fast that it’s easy to get around. The maps are really good, actually. Source.

Visually, it’s a slight improvement from the original. The lighting, for example, is much better and the texture is more detailed than the first time around. Animations are much improved. If you’ve been paying attention, you can probably tell by now that there is a lot more depth and choice in this game and you can definitely pick a play style that suits you with both your pilot and titan. I think if you like the first Titanfall, you’ll probably like the new game too. Source. 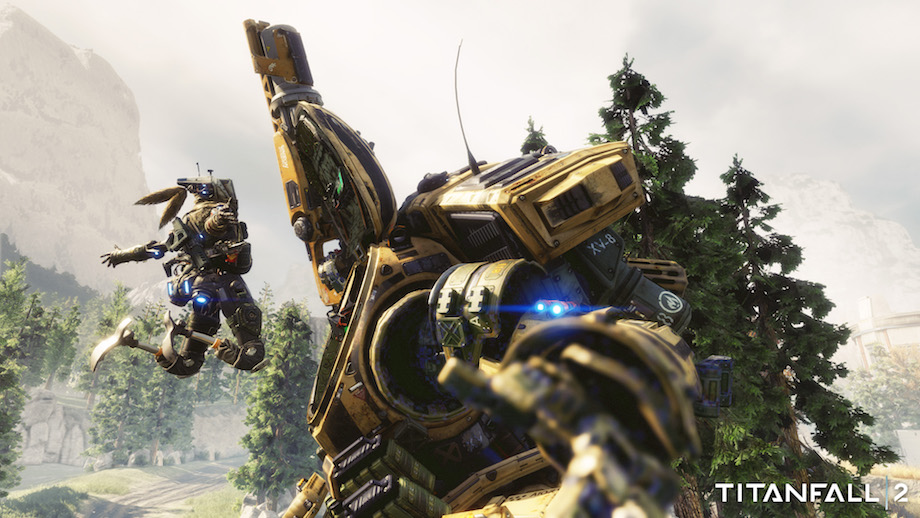 Not only are you a character with your own voice, who can make your own decisions, you can also communicate with this titan like it is another person. I felt myself wanting to know more information about the titan itself, rather than the pilot that’s controlling it, which is really, really strange, but I think that’s the angle they were going for.

Respawn took the advantage of the titan, as well as your pilot and kinda put the best of both worlds together. You’re not completely locked down in your titan at all times, so if you are in your titan, you can hop out anytime as you would in multiplayer … it’s really cool because while your titan is on the ground fighting and launching rockets at all the enemies, you can be in a completely different area while it follows you along the way and take out enemies while you do double the damage with you weapon. Source.