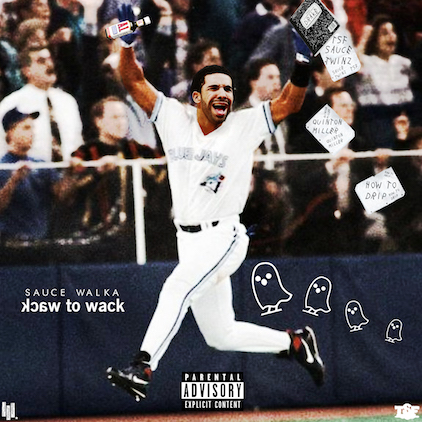 When I was first asked to do the “Wack to Wack” cover, I somewhat hesitated. This is when my job becomes complicated; when I am put in a position to go against something/someone I support in order to do what I do. I support both Sauce Walka and Drake. To be honest, Drake is one of my favorite rappers, so to diss him and have my name on it seems like it could potentially be detrimental to my career. I had no idea that this cover would be seen by so many, let alone be the face of one of the leading trends on Twitter (at the time). While I do completely see Sauce Walka’s point of view, I also love Drake's music.

What most people don’t know is what instigated the Twins to produce this “diss track” to begin with: along with previous events that took place after the Sauce Twins and Drake hung out in person (as friends), a video was floating around of Drake taking credit for a dance that seemed to be pretty heavily influenced by the Sauce Twins. According to them, Drake knew what he was doing when he claimed their dance. Whenever I do artwork there are times where I have to put my own opinions and emotions aside and just simply do my job. Even though the “Wack to Wack” cover has seen more publicity than any of my other covers, I have mixed emotions on giving the impression that I “chose a side” in an argument so inapplicable to myself.