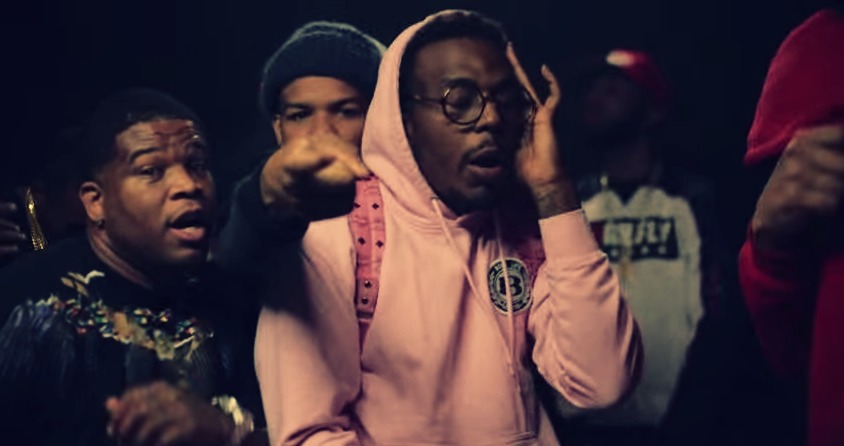 MC Hammer claimed he was “2 Legit 2 Quit,” but after the parachute pants lost their luster, Hammer tried to rebrand himself as a gangster rapper, strutted around in a zebra-print banana hammock, and then became an ordained minister. He was not 2 legit.

On their debut In Sauce We Trust, Houston’s ascendant rapper-stars Sauce Twinz claim they’re “2 Legited 2 Quited,” but, unlike Hammer, they really mean it. On the aforementioned “2 Legited 2 Quited,” Sauce Walka, half of the Twinz, rapped “I was whoopin’ for a piece of a brownie.” It shouldn’t be a surprise, then, that Walka got into a scuffle in the middle of the upscale Houston Galleria, taunting his dazed opponent, “I’m Sauce Gotti, you’s a little ass kid! I run these streets!” That incident, too, was caught on video. Confectionery sweets probably weren’t involved. The final pieces of the legitimacy puzzle are their recent collaborations with Lil Boosie and Kevin Gates, each song a step closer to primacy in the ever-competitive South.

Despite Internet-ready fracases, Sauce Twinz (probably) don’t solely spend their time sending foes to the seats of their True Religions–the duo’s actually relatively lighthearted. “93” and the attendant music video are the Twinz at their best, the wonderfully named Sancho Saucy, guest DoughBoy, and their 30 closest homies marauding around a gas station. Sancho humps a guitar. Walka walk-dances around the gas pumps. Kirko Bangz is there for reasons that aren’t entirely clear.

The dynamic between Sauce Walka and Sancho Saucy is often compared to Migos, although it’s not entirely accurate; Sauce Walka fulfills the Quavo role of ad-libbing constantly, his upwardly inflected rasp counterpointing lines with an “Oooh-wee!” or an “OG!”, but Walka and Sancho’s pacing is, in true Houstonian form, a bit slower than their Atlantan peers. Migos regularly operate in triple-time hyperactivity; the Twinz take long pauses between lines, their interplay not nearly as tightly packed and interlocking as Migos’.

A sure sign that Sauce Twinz aren’t long for their current semi-obscurity is that Drake, always searching for new artists to co-opt, Instagrammed a photo of himself posing with Walka and Sancho, a remix of “2 Legited 2 Quited” rumored to be in the offing. This is, unfortunately, how accessible, regional acts get white teenagers to rap their lyrics on Vine, as iLoveMakonnen and Migos can attest. It doesn’t matter that Drake, were he not famous, would be the type of guy to get bopped in the nose by Walka in front of a shopping mall Cinnabon; Sauce Twinz have legitimacy to lend, and they’re not likely to quit any time soon.